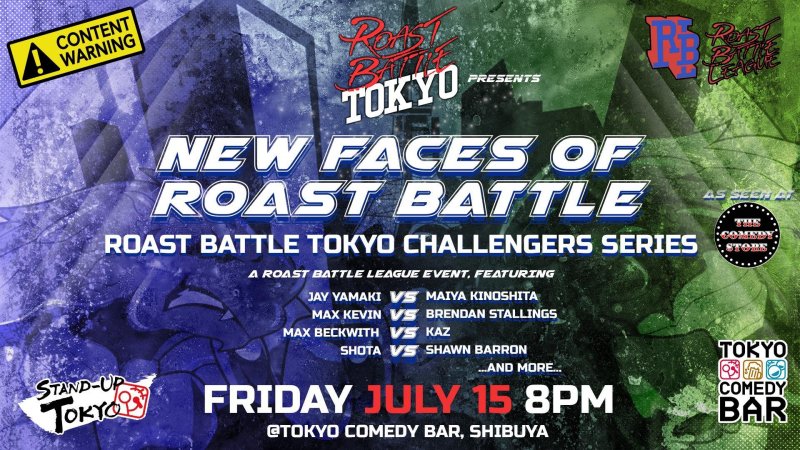 Newbies face off in an insult comedy battle of wits!

Ever since Roast Battle Tokyo started, it's brought to the city's comedy fans a succession of riotous sold out shows, entertaining them as Tokyo's best comedians have traded body-blows with jokes as savage as they're hilarious.

July 15th sees the first New Faces show, bringing to the stage of the recently opened Tokyo Comedy Bar comedians who have been performing for some time, but who are new to Roast Battle. We know they're funny when they're nice, but can they bring it when they're mean?

Nothing is sacred, and no holds are barred, as the next generation of brutal battlers vie to join the top league of insult comedy bruisers.

Tokyo Comedy Bar is on Wave-Dori in Shibuya, immediately next to Mark City, just half a minute from Shibuya crossing or the Inokashira line station.