Your Name: Real-Life Locations in Tokyo

Makoto Shinkai's 2016 hit film, Your Name (君の名は, Kimi no na wa) captured the heart of millions. It toppled Hayao Miyazaki's Spirited Away and claimed the throne as the highest-grossing animated film of all time.

Relive the tale of star-crossed lovers, Taki and Mitsuha by going on a Your Name pilgrimage and visit the real-life locations (or locations that inspired many parts of the film) all in Tokyo.

The restaurant that Taki and Okudera-senpai dined at during their date is called "Salon de the Rond" and is located on the second floor of The National Art Centre. To get a better view, I suggest going up to the third floor. The restaurant opens at 11AM.

There are also some shots of the Art Centre during the date like the brown-lined walls and glass-panelled directions. Going inside the facility is free of charge.

For their date, Taki and Okudera-senpai meet up at Yotsuya Station. To get a better view, take the Akasaka exit and look back. Unfortunately, there was construction going on when I visited so the actual part of the station that is in the film did not have the "Yotsuya Station" sign (the right side) so I opted for the other side.

The view of Okudera-senpai and Taki talking is the same one when you walk further.

The stairs that Taki is seen panting at in the film is also here. Walk to the left and you'll see a flight of stairs.

The way to Suga Shrine

It's a little bit of walk from Yotsuya Station to Suga Shrine so I suggest using Google maps to navigate. Once you spot Lawson 100 store, turn and walk a little until you spot these signs (location on Google Map). Unfortunately, the sign is too high for me to take the actual angle as in the film (!).

The intersection also appears in the film; however, there was construction going on when I went so I was not able to take a shot. But walking further, you'll recognize this spot which is also in the film when Taki was finding the way (location on Google map).

From there, take the left and keep walking and you'll see a vending machine that welcomes you to the "Holy Land" of Your Name. You know you're near the sacred spot.

Keep walking and you'll finally spot a flight of stairs with red railings.

The stairs to Suga Shrine is perhaps the most iconic location of the film. The first promotional materials is set here and film's hopeful ending also takes place here.

The stairs itself is nothing special. Locals past by it normally. But having seen the film, the significance of it changes particularly when you think about Taki and Mitsuha meeting here. While the view is not a hundred percent similar as it is in the film, the resemblance is pretty close.

One of the best things about these spots is that they're not crowded. They're everyday, mundane places that people use or pass by. Yet, to those of us who has watched the film, the spots take on a whole new meaning as we imagine ourselves taking Mitsuha and Taki's footsteps.

The following set of locations that are featured in Your Name are a little bit more off the radar in the film, but they still show where Makoto Shinkai drew inspiration from. These real-life locations also makes Taki and Mitsuha’s journey feel much closer to us.

Exiting from Shinanomachi Station, the NTT Docomo Yoyogi Building is visible from your right side. This is also taken from the same angle that is in featured in the film. Be careful not to take pictures in the middle of the road as the shooting area is nestled between two intersecting roads.

The building appears as part of the Tokyo montage:

In your front, there is a flight of stairs to a pedestrian bridge. This is the same pedestrian that Taki is in after his date with Okudera-senpai.

The bridge is somewhat significant in the film as well because this is when Taki starts to think about and even realize his feelings for Mitsuha.

Yunika Vision is located in Shinjuku and is a giant television screen that broadcasts news, advertisements and music videos.

In the film, Yunika Vision is where the fall of the Tiamat comet is broadcast. The area is crowded and busy so be careful when taking photos not to block the pedestrian crossing.

This intersection is near the Shinjuku Police Station and the famous LOVE statue. It appears during a montage scene after Mitsuha and Taki realized that they’ve switched bodies.

Similar to other spots in the film, be sure not to take a photo in the middle of the road. It would be recommended to use a wide angle lens to get an exact shot of the one featured in the film.

And that’s it for the Tokyo Your Name spots. A few other mentions would include Cafe La Bohéme, the inspiration for the restaurant where Taki and Okudera-senpai work and Meiji Memorial Picture Gallery which was briefly shown when Mitsuha (in Taki’s body) is excited to be exploring Tokyo.

You can see the relative location of each spot by referencing the following map: 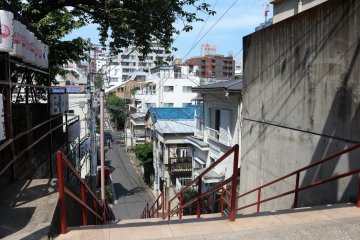 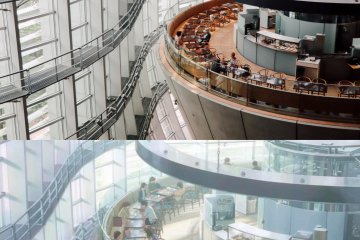 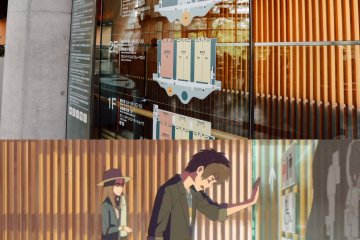 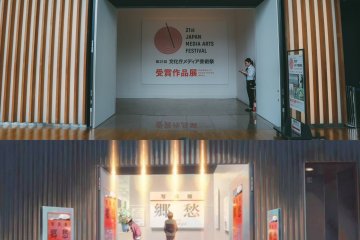 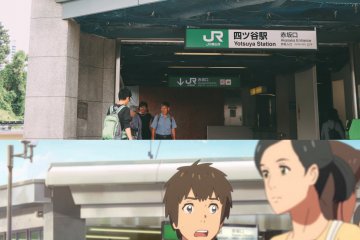 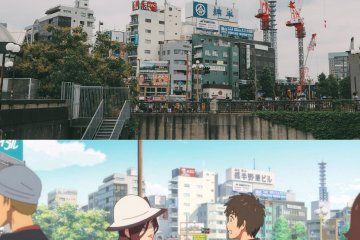 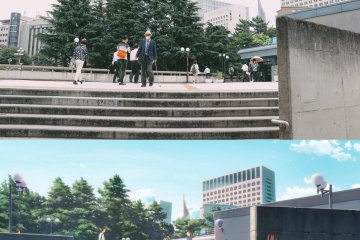 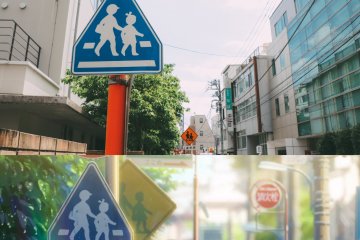 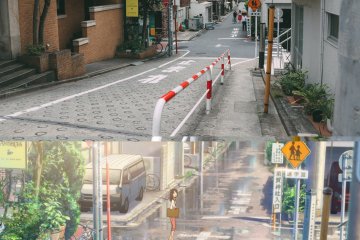 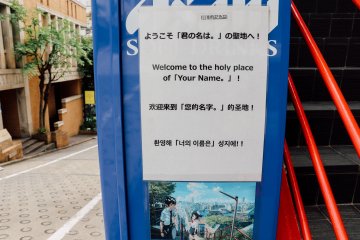 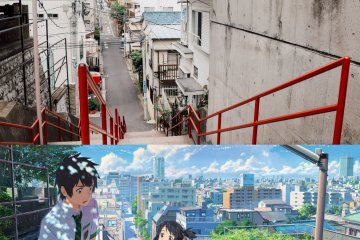 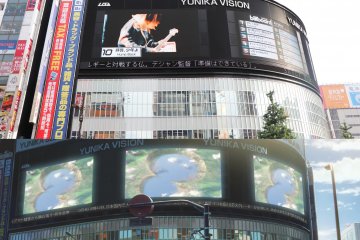 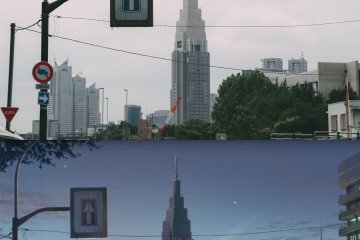 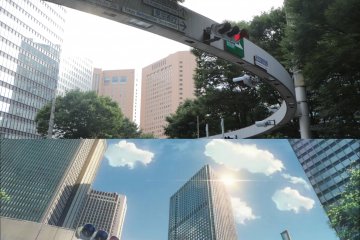 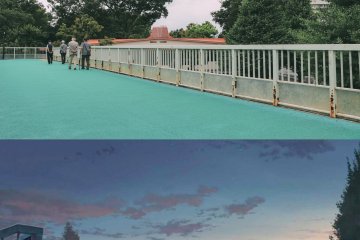