Close up on the stage (Photo: Stand-Up Tokyo)

Enjoy comedy in the capital seven nights a week!

There's been English-language comedy in Tokyo for a long time, but for much of that, the shows were held mostly at various bars and cafes around the city. That all changed in 2022 with the opening of Tokyo Comedy Bar, a dedicated, purpose-built venue, which holds comedy shows every night of the week.

The performance area is compact and cosy, laid out differently at every show, depending on the size of the audience. With low lighting, a low stage and a low ceiling, a top quality sound system, and the audience close to the stage, it's a perfect space for both performers and audience to enjoy a fun, lively show.

There's a whole range of different shows on offer, but the mainstay is western-style stand-up comedy performed in English. Each week there are two open mic shows, for new and experienced performers alike to try out their new ideas, and two showcases, where the audience gets to enjoy the best of Tokyo's comedy talent. There are also occasional special shows, such as roast battles and visiting comedians from overseas.

As well as that there are Japanese-language shows, both open mic and showcase, making this pretty much the only place in Japan where a Japanese-speaking audience can enjoy western style stand-up in their own language. Then there are regular improv shows, among them one with a fantasy RPG theme; and if you'd like to try your hand yourself, there are occasional classes and workshops for both stand-up and improv.

That's 'Tokyo' and 'Comedy', and it is of course also a bar. Before the show and during the breaks you can choose from a good range of craft beers or, if you're like me and don't drink beer, there are also cocktails, wines and soft drinks available.

It's on Wave-Dori, a side street next to Mark City in Shibuya, just a minute from Shibuya Crossing or the Inokashira line station. 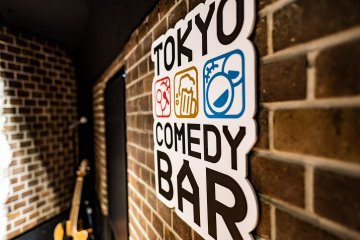 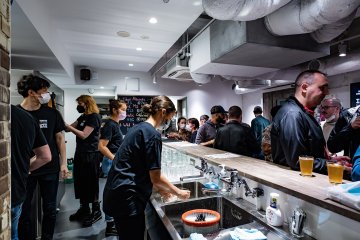 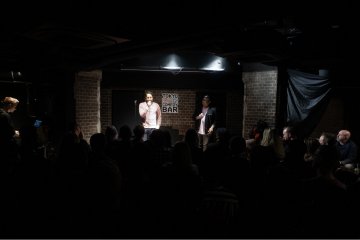