The bridge and pond are some of the beautiful elements of the garden (Photo: Guilhem Vellut / CC BY 2.0)

Once part of land owned by the powerful Ii samurai family, the Japanese Garden of Hotel New Otani has a lineage dating back over 400 years into the Edo Period.

The garden's pedigree even improved in the succeeding Meiji Period when it became part of the Imperial House, one of the more headier social statuses to be had. Eventually, finding its way into the portfolio of the late Yonetaro Otani, a former sumo wrestler who went on to established Hotel New Otani, the beauty and quality of the garden today is a direct result of his renovation work.

The garden itself is replete with all of the standard elements that make up traditional Japanese garden. You'll find natural stones and lanterns, bridges and ponds, flora and fauna, all combined together in a most exceptional example of Japanese styling.

There is, however, one very important difference. It's not just that there are stones and lanterns and so on all situated harmoniously in relation to each other. No. It's also the quality and sense of uniqueness present in each element.

Then there is the 12th century Kasuga lantern with symbols of the traditional Chinese zodiac engraved on it. And Waraku-an, a small tea ceremony house built in commemoration of the current Emperor's first overseas visit. Consider, also, the elegantly reaching Taikobashi Bridge or the six metre waterfalls or the two hundred year old trees.

I think you get the idea.

Free to visit, the garden is open from 6am to 10pm and is a 3-minute walk from Exit D of Akasaka-mitsuke Station on the Ginza or Marunouchi Lines. 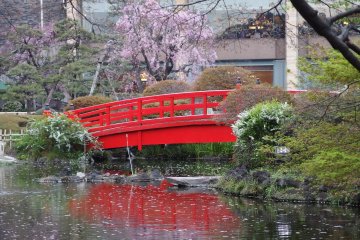 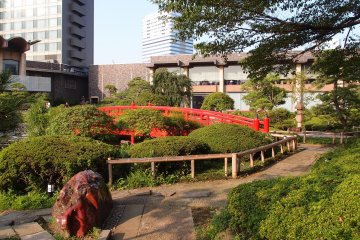 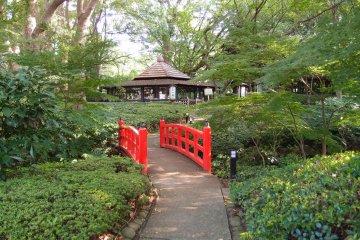 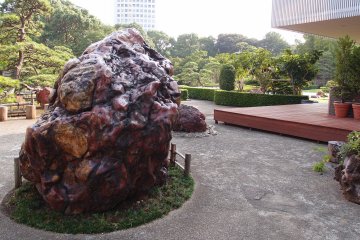