I lived on Yokota Air Base in Fussa for three years, and during that time I had a chance to explore many restaurants in the local area. One of my family's favorites was Niramanju, which serves up a range of delicious Chinese cuisine. It's situated just off Route 16, the main thoroughfare that traces its way along the perimeter of the base.

One of the first things that visitors will notice here when they head inside is the mural on the wall. There are caricatures of Mao Zedong, John F. Kennedy, Marilyn Monroe, and Muhammad Ali - perhaps the heavy American contingent is owing to the large number of military personnel and their families who frequently dine here.

The food and the decor isn't fancy - I'm convinced the best places aren't - but the dishes are packed full of flavor and had us returning again and again during our stint in the area. There are a range of menu options to choose from, including steamed, fried, or soup-filled dumplings, sweet and sour pork, and orange chicken, but our absolute favorite is the dandan noodles (sometimes in Japan you'll see them referred to as tantanmen). They have several different dandan noodle varieties on offer, including white sesame, black sesame, red-hot, and super-hot. They also have a dry dandan noodle option, which as the name suggests, comes without the soup.

Seating wise, there are a number of tables inside and also a couple out front on the patio, but as the premises is small you may have a slight wait if you arrive right as the lunch rush hits.

For those visiting from Yokota Air Base, the restaurant is two minutes on foot straight out of the Fussa Gate. 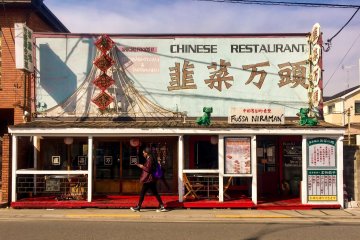 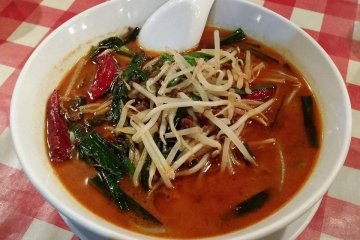 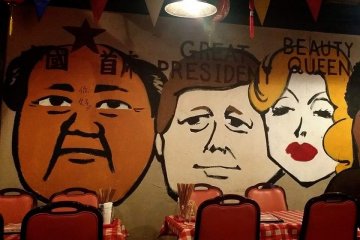