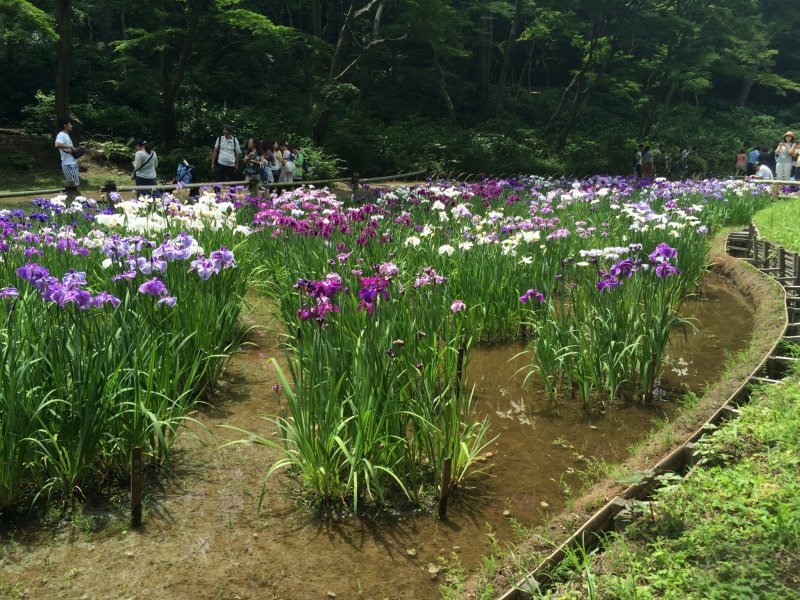 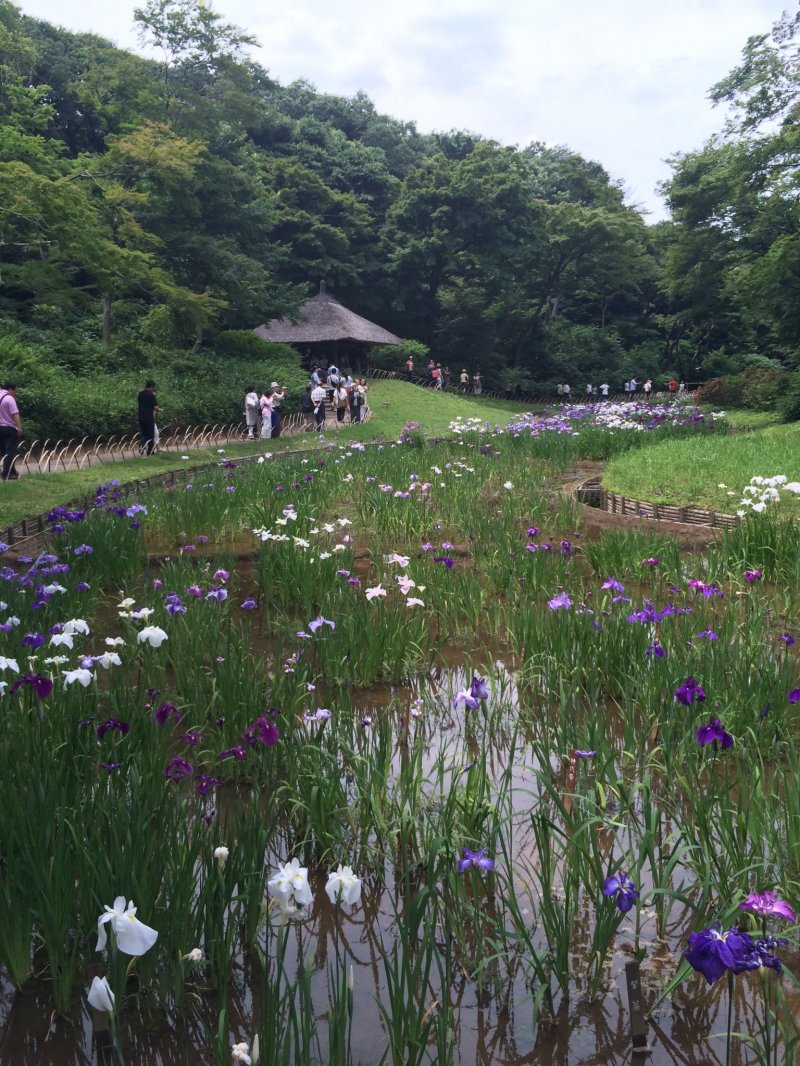 The garden is in full bloom in May. 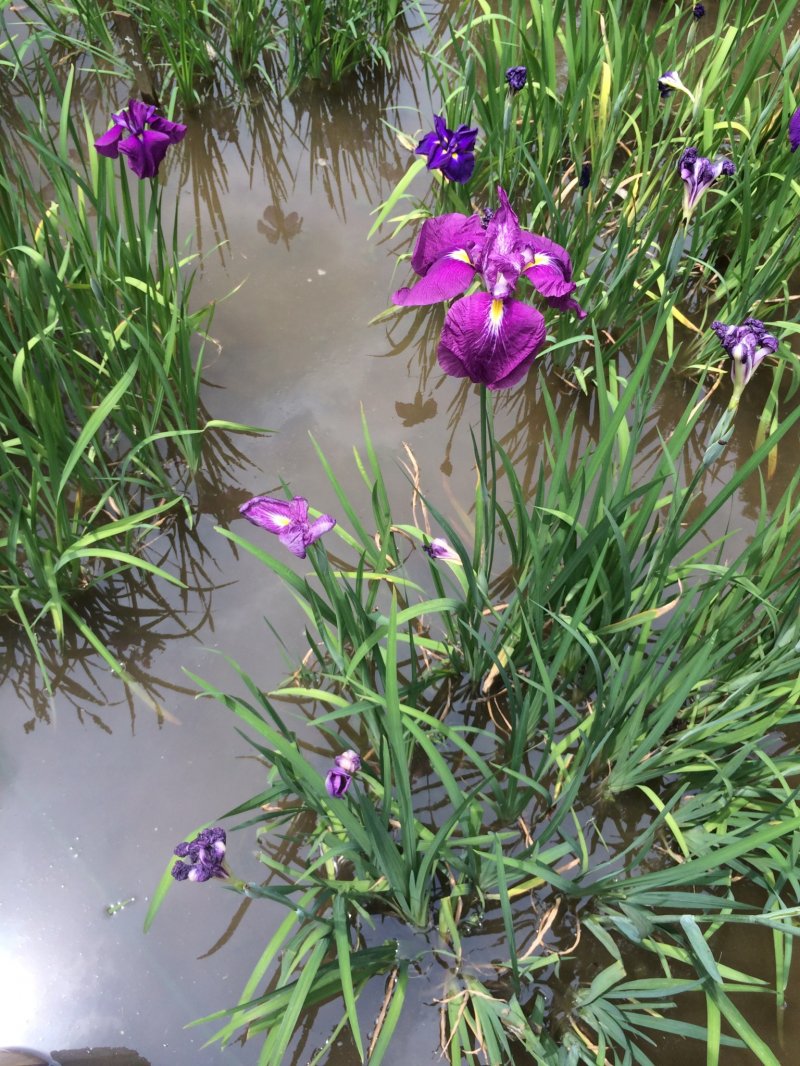 Flowers come in purple and white, a lot of the time. 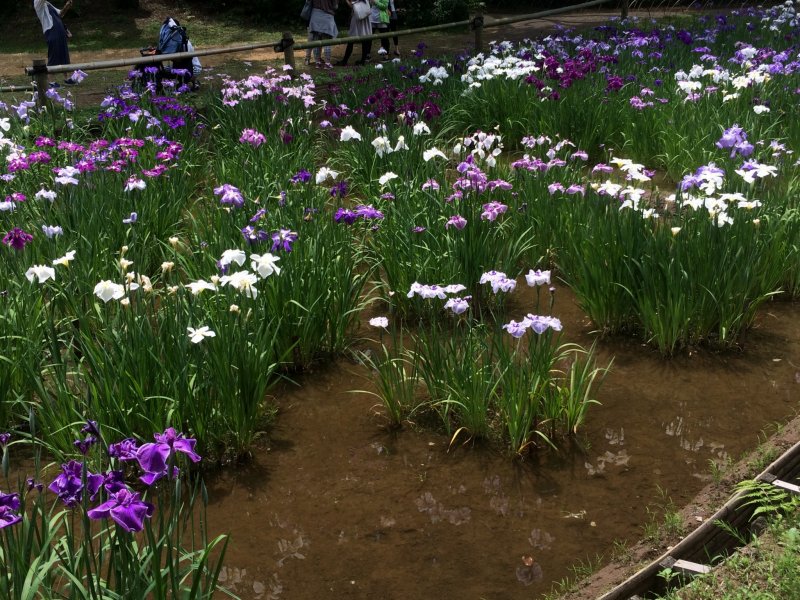 They are in a pond. 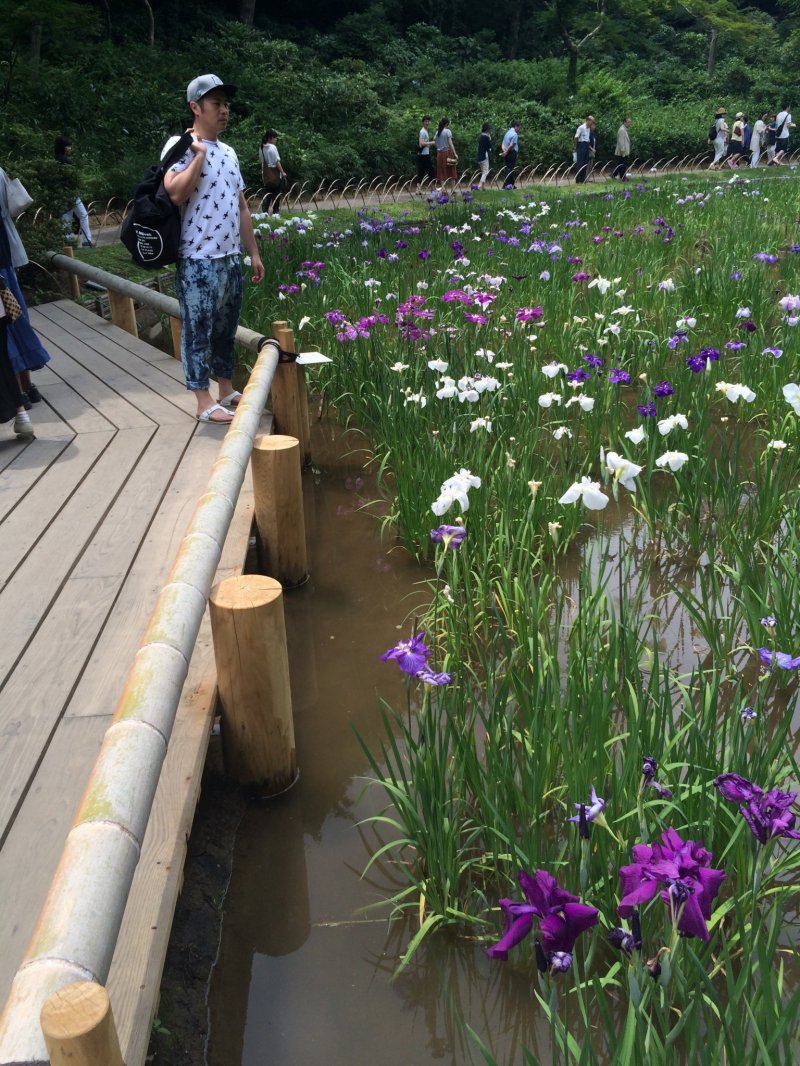 Hundreds of varieties of irises. 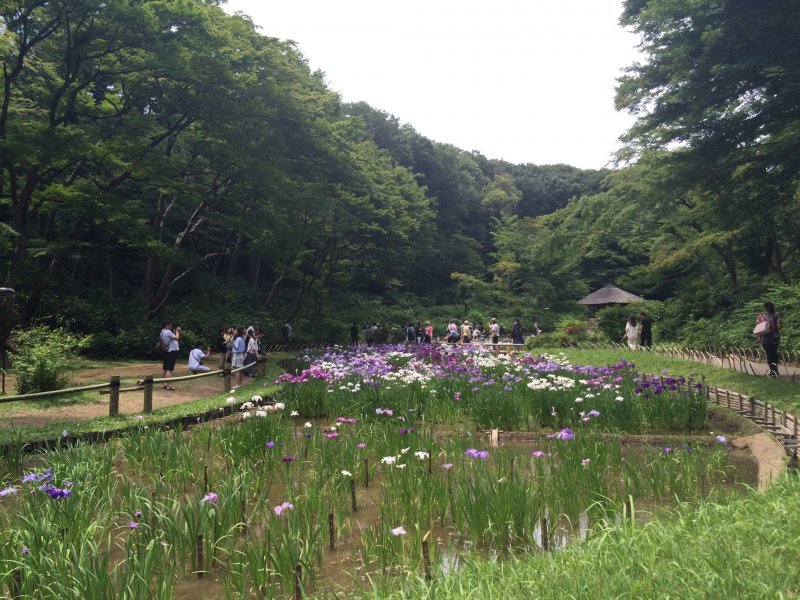 Walk amongst the Irises. 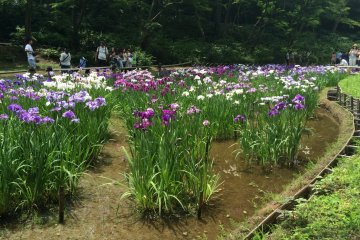 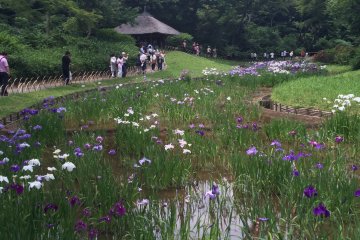 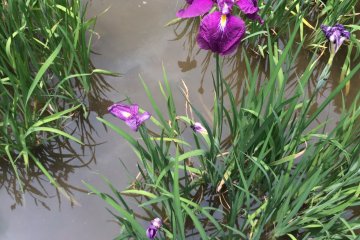 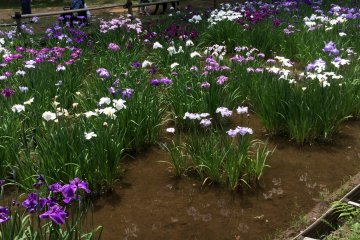 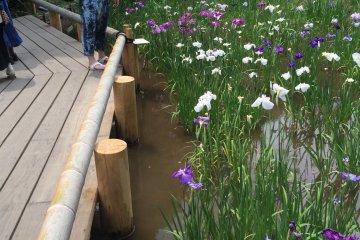 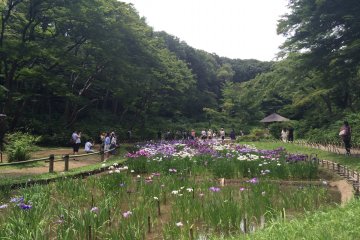 Walk amongst a grove of 1,500 irises at Meiji Shrine in springtime.

The historic land dates back to the early 1600s during the Edo Period (1603-1867) when it was owned by a wealthy political figure. Later, in the late 1800s, the land became Imperial Property, and Emperor Meiji commissioned the iris garden for Empress Shoken.

During the rainy season in June, the beautiful garden is open to visitors of Meiji Shrine. Located in Shibuya, Tokyo, and in close proximity to the fashion district of Harajuku and Yoyogi Park, the shrine is a popular tourist destination. The 700,000 square-meter shinto shrine area is free to the public, but there is an extra charge of ¥500 to get into the garden area.