Tucked away in the gardens of Meiji Jingu lies Kiyomasa's Well. Kiyomasa no Ido in Japanese, this historical relic of the early Edo period draws in a continuous stream of visitors attracted by the well's status as one of Tokyo's rare 'power spots.'

It's not quite known if the well was actually dug by Kato Kiyomasa. A feudal lord of the Azuchi-Momoyama and early Edo periods, Kiyomasa was a man coloured in black & white views. A fervent follow of Nichiren Buddhism, he had an almost pathologically hatred of other faiths and was famous for putting the arts of war above all else. Kiyomasa also had a penchant for building, and the story goes that while digging a basement, Kiyomasa struck the well whose water has continued to flow to this day.

Located at the head of a small stream flowing into the South Pond of the garden, the well does feature some novel qualities. First, no matter the season, the temperature of the spring water always hovers around 15 degrees celsius. Perhaps more interestingly, it also produces about 60 litres per minute and by all reports, has been doing so for quite a while now.

While the well has been around for centuries, its association with 'natural power' was much more recent. Some time around 2010, a mix of celebrities and television popularised the well and before long, people started making the trip to Meiji Jingu to absorb its postive energies for themselves.

Perhaps it's the relative dearth of the natural in Tokyo but Kiyomasa's Well has become a recognised 'power spot' in the capital with people swearing by its positive energies and healing properties. Be that as it may, the well is actually quite pretty and the water is most definitely crisp and clear and makes for a pleasant visit. Do note that access to the gardens where the well is situated is JPY500.

Located deep within Meiji Jingu, the well is about a 10-minute walk from Harajuku Station on the JR Yamanote Line. 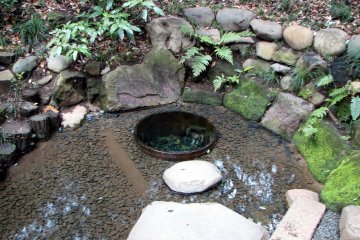 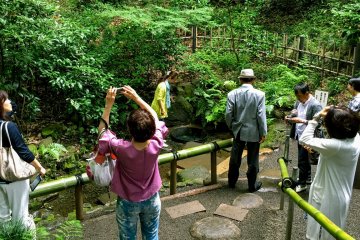