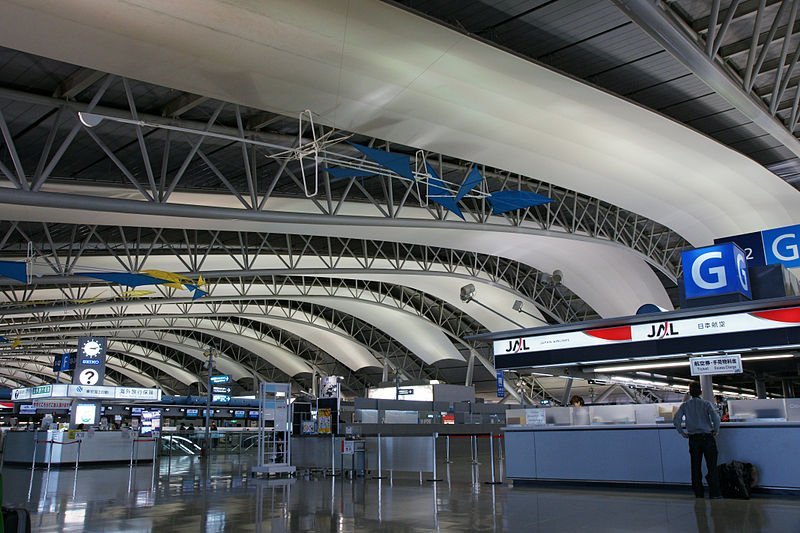 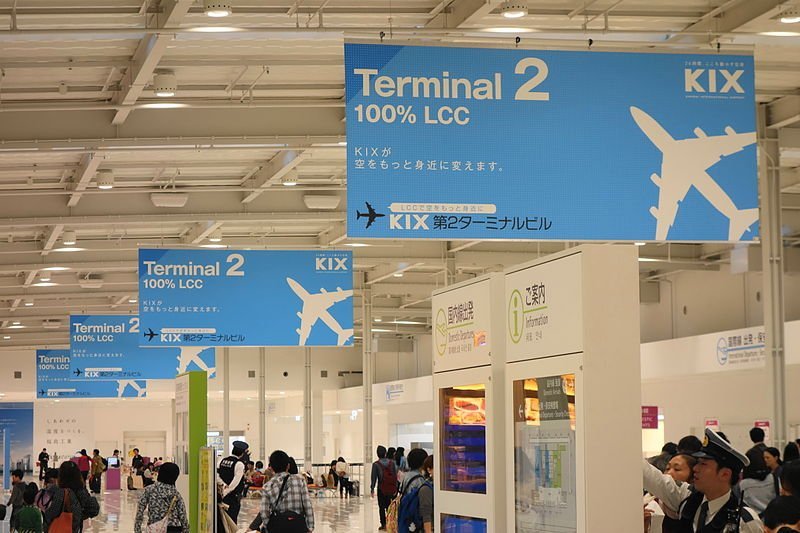 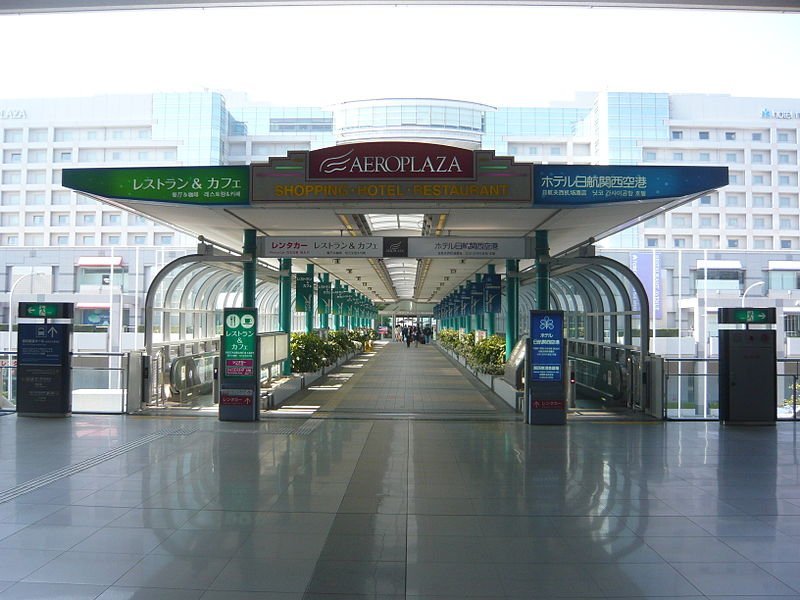 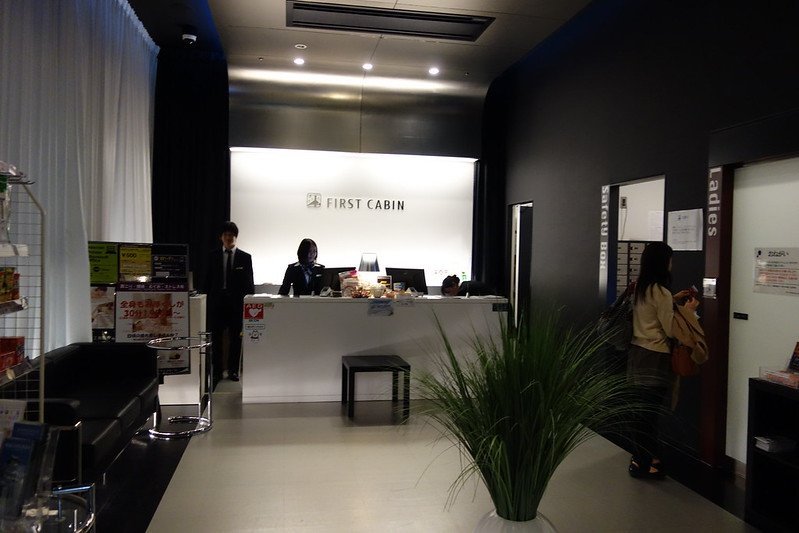 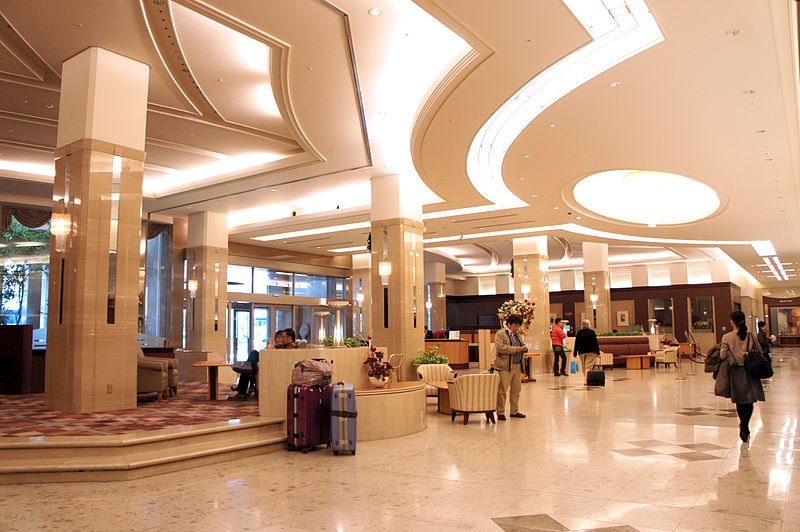 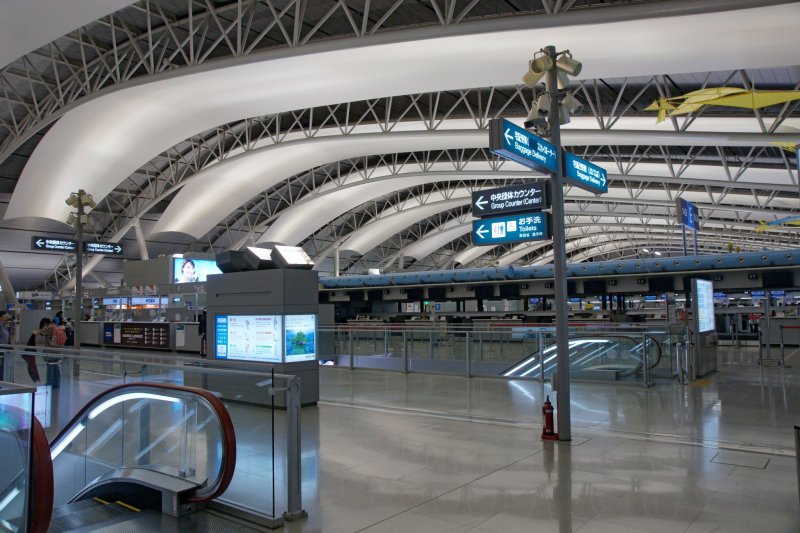 Kansai International Airport, or KIX for short, is considered the gateway to Japan's Kansai region. It is located on an artificial island in Osaka Bay, about 40 kilometers south of the center of the city. The airport serves as a hub for Peach Airlines, Japan's first international low-cost airline, as well as for ANA and Japan Airlines, the Nankai Line station is directly opposite the terminal building and offers inexpensive, comfortable and efficient transportation to Osaka and beyond.

The LCC (Low Cost Carrier) terminal in Terminal 2 building, which opened in October 2012 and expanded in January 2017, has the country's first intelligent security gates and accessible duty-free shops. In the terminal building and on the Aeroplaza there are a variety of restaurants and souvenir shops as well as accommodation and relaxation areas.

Unless otherwise stated by your airline, all flights and check-ins etc are handled at Terminal 1. <p>Terminal 1 has a range of shopping facilities and services, as well as state-of-the-art airport lounges.</p>

First Cabin is a compact hotel that provides a comfortable stay at a reasonable prices, they serve travelers at all times of the day as well as a short-stay plan. A large communal bath and lounge helps guest relax before their flight.

Hotel Nikko Kansai Airport is the airport's main onsite hotel – and just a 3-minute walk from the Passenger Terminal building, as well as the airport station. <p>Try the variety of restaurants here, including Icho Teppan Grill.</p>

Three Places to Go After Landing at KIX

Three of Osaka's most fun and premier locals and how to get there from Kansai International Airport.

With the sharp increase of foreign tourists arriving from abroad, Kansai International Airport has decided to urgently improve the quality of their services.

From Kansai Airport to Kyoto

Insider tips for best, cheapest and most stress-free way to and from Kansai International Airport to Kyoto and beyond, including Takayama, Kanazawa, Okayama and Naoshima, using train or the airport limousine bus.

A beautiful observation deck offering day long views of all flights landing and taking off from Kansai International Airport.

Kansai Airport to Namba and Osaka

The distance between Osaka's Kansai International Airport (KIX) to Namba in downtown Osaka is between 43km (Nankai Railways) and 49.5 km (JR). For such a long distance, what is the cheapest, most comfortable and quickest way to travel? Which one is best for you?

A preview of the prayer room at Kansai International Airport, Osaka: Clean, peaceful, and comfortable for visitors.

Peach Aviation, a subsidiary of All Nippon Airways, covers popular domestic routes in and a growing number of international destinations for surprisingly low fares.

Fly Finnair from Europe to Japan

With a modern fleet and excellent connections, Finnair is the best way to travel between the secondary airports of Europe and Japan. This inside guide gives tips and advice for travel in Business and Economy class.

Fly from Sydney direct to Osaka

QF33 now flies to Osaka four times weekly, departing Sydney at 930 am arriving at Osaka Kansai Airport at 530 pm. From Kansai there are easy connections into downtown Osaka or Kyoto. The flights from Osaka to Sydney are all in the evening at 700 pm for a morning arrival.

Kansai Airport to Nara by Train/Bus

Kansai Airport to Nara and beyond by train or bus?  An insider guide rating the different options based on speed, convenience, frequency and value.

Halal Foods and Activities in Kansai

Mabruk offers halal lunch boxes, luggage storage, short bicycle tours, and a selection of local souvenirs at Rinku Town Station, one stop from Kansai International Airport. Muslim visitors to Japan can now enjoy an authentic bento box. Why not store your luggage and enjoy a short cycling tour around the Izumisano area to enjoy your lunch open-air.

Lanterns have long been used in various cultures as a way of warding off evil spirits, for providing light, and for making wishes or prayers. The Senshu Beach Lantern Festival will take place in early summer, and over 1000 lanterns will decorate the beachfront.