Loved for its soba noodles, its old historical temples and shrines, beautiful botanical gardens, and natural ambience, Chofu City lies along the western borders of central Tokyo and is an easy and convenient day trip destination for visitors.

Originally built in 733, Jindaiji Temple is Tokyo's second oldest temple. It's beautifully landscaped grounds, its historic structures and natural ambience make it a must-visit for those wishing to avoid the crowds of more famous temples.

One minute from Jindaiji Bus Stop on the No.34 bus from Bus Stop 11 of Chofu Station on the Keio Line.

Probably Chofu's number one place of interest, Jindai Botanical Gardens is a stunningly sprawling garden of flowers zones, ponds, trails as well being the site of the ruins of an old castle.

A few minutes from Jindai Shokubutsu Koen Bus Stop on the Odakyu Bus from Bus Stop 12 of Chofu Station on the Keio Line.

A swathe of eateries and some simple local shopping at an old fashioned shopping street, Tenjin-dori Shotengai features scores of character statues from the famous manga comic series, GeGeGe no Kitaro.

Three minutes from the North Exit of Chofu Station on the Keio Line.

Opened in 1994, it has become widely accepted that Yusui Soba is the place to eat soba in Chofu. The restaurant's yusui-tenmori soba with tempura and their soba-yokan gelatin dessert are big hits.

A huge 50,000-seat stadium, Ajinomoto Stadium is the home ground of J-League soccer team F.C. Tokyo. Surrounded by parks, the stadium is famous for its commitment to renewable energy with its solar power generating roof and wind turbines.

Five minutes from the North Exit of Tobitakyu Station on the Keio Line. 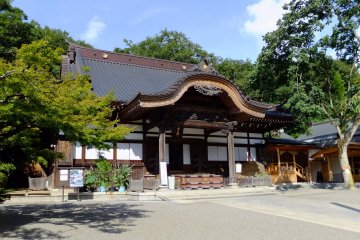 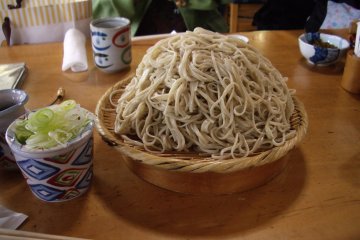 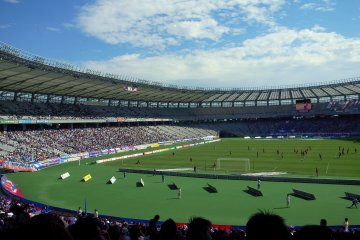