Kinshichō station, operated by the East Japan Rail Company (JR East), is located in the developing Sumida Ward of Tokyo. The surrounding area of the JR East station is home to one of the largest shopping areas in Sumida, featuring numerous large department stores, several smaller shops and tiny eateries crammed into the neighboring streets.

The station is served by two main lines: The JR East Sōbu line (Rapid) and the Chūō-Sobu line. The Chūō-Sobu line will transport you west to Akihabara, Skinjuku, Nakano and Mitake, and east to Funabashi, Tsudanuma and Chiba. The Sōbu line rapid service will link you to Tokyo, Yokohama and Kamakura to the south, and Chiba, Narita and Kisarazu to the east. It’s also handy to note the adjacent Tokyo Metro Hanzomon line.

The first thing you will need to decide is whether to exit to the north or south. This of course depends on what you want to see or do with each side having a different purpose. Exiting via the south exit will put you smack bang in the middle of a bustling working class quarter of Kinshicho with numerous cheap eats, izakayas and other less sophisticated alternatives. At the aptly named Japan Racing Association (JRA) WINS building, you will find dozens of gamblers trying their luck on the horse races. In the surrounding streets you will find many tiny eateries offering cheap and quick ramen or donburi meals with well-priced drinks.

Exiting via the north exit, you will walk into the recently renewed side of Kinshicho station. Immediately to your left in the Arcakit building, you will find numerous Japanese and Western retail outlets, the most popular being the large Daiso on the 7th floor. As you exit, you may also wonder what the unusual hanging sculpture is in the middle of the taxi rank. To me at first glance it looked like a set of bulls horns upside down and back to front. After further investigation I discovered this sculpture is in fact named “Echo” and symbolizes Sumida city’s engagement with music.

I also learned that it wasn't bulls horns, but in fact “bass clefs that resemble the living harmony of sounds that swell forth from the music notation”. The names and dates of great musicians from the 16th~20th centuries are inscribed on the supporting pillars according to the information board located directly outside the north exit. Beyond this sculpture you will also see another impressive Tokyo landmark gleaming away in the sun, the Tokyo Skytree. The northern exit also houses the Termina retail outlet where you can find everything from flowers to fashion.

The JR East Kinshicho station is a gateway to a contrasting neighborhood of Sumida Ward, Tokyo, where you can experience authentic Japanese flavor to the south, or venture into the the renewed, western influenced developments to the north.

A little while ago i began exploring the world. I started in Japan, and after 29 countries of amazing adventures, i find myself back in Japan fully absorbed in its culture, its people and its beauty. 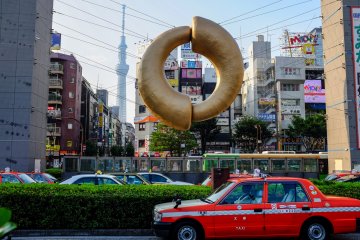 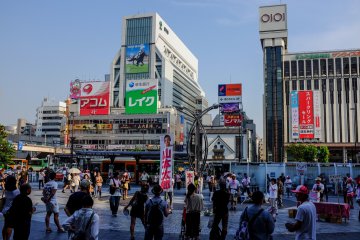 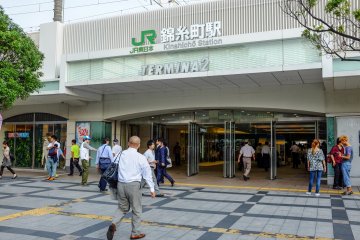 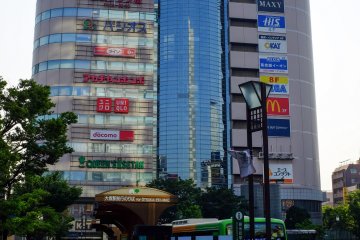 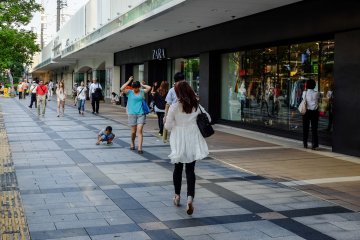 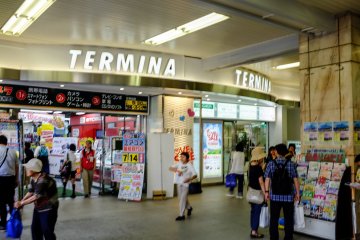 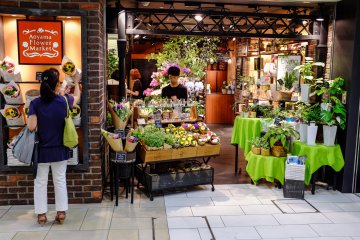 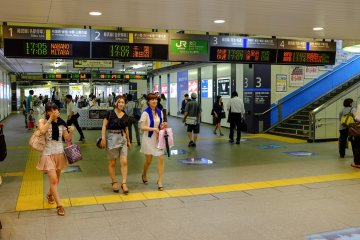 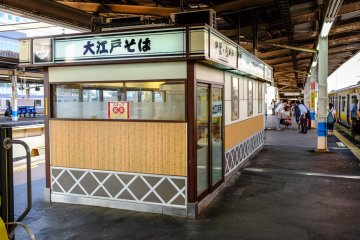 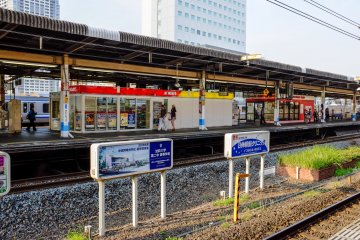