Much gets made of the dual nature of Japan. The country seems to exist both in the past and the future - known simultaneously for its ancient temples and ultra-modern technology, its historic traditions and its pop culture that sets global trends.

One place that embodies this duality is Ho-on Temple (Houon-ji), located near Kinshicho Station in the Sumida Ward of Tokyo. A historic temple with a rich history, today visitors can enjoy the sight of Houon-ji humbled beneath the Tokyo Skytree, an ultra-modern tower and architectural wonder not far away that looms large from directly behind the temple building.

The temple was built in the year 1457, and was established by Ota Dokan, a well-known figure in Japanese history. A military strategist, a Buddhist monk, and a renowned poet, Ota Dokan is best known as the architect of Edo Castle, which is today's Imperial Palace in Tokyo. The Ho-on Temple was relocated to its present address in the year 1688.

The temple is small but beautiful. While it's not on any list of top places to visit in Tokyo, those in the area should consider a visit, particularly during cherry blossom season. The temple grounds have many trees that bloom spectacularly with pink blossoms that make the grounds feel magical.

The temple houses a large statue of Saint Nichiren, standing atop a memorial tomb in his honor. Nichiren was a Buddhist monk who lived in the Kamakura Era and did much to develop the practice of devotion to the Lotus Sutra in Buddhist practice. Nichiren's teachings began a new sect, or branch, of Buddhism which continues today in several different offshoots. Saint Nichiren was cremated at today's Ikegami Honmonji Temple in the Ota Ward of Tokyo, which maintains a strict devotion to him.

It is free to enter, but has no English information provided. 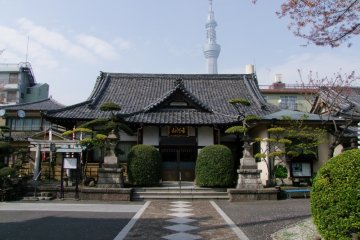 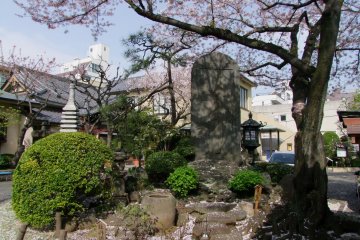 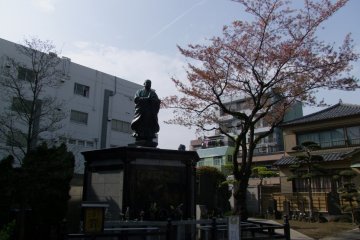 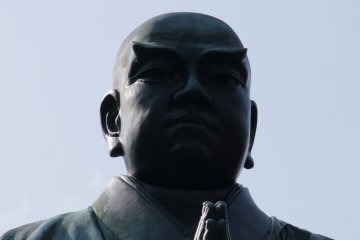 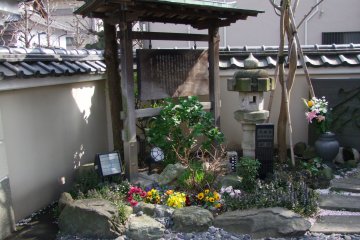 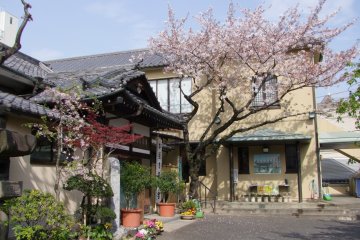 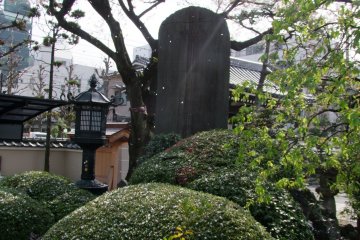 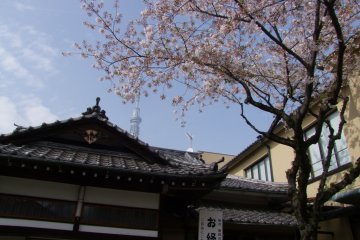 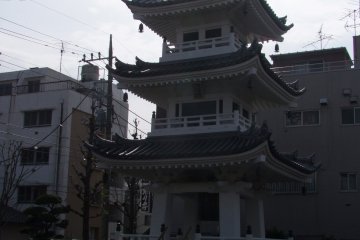 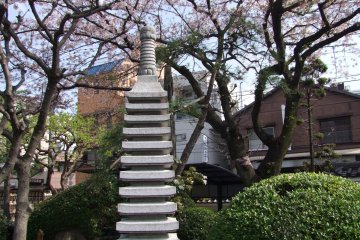 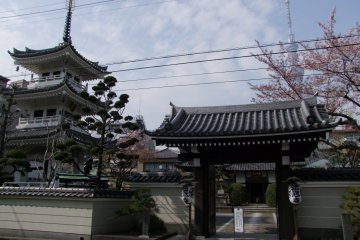 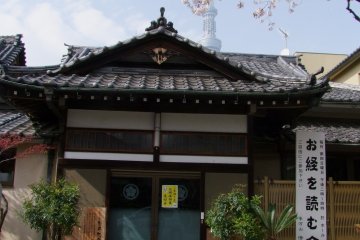