When I saw this fellow, I knew I was getting close! (Photo: Cathy Cawood)

Cycle Trip from Kyoto to Shigaraki

I really love cycling through the Japanese countryside! Honestly, you can see so much more from a bicycle than you can from a car.

After a friend took me to Shigaraki for the first time in her car, I decided to try and cycle there. On my first attempt I became completely lost and ended up going to Ujitawara instead.The morning of my second attempt in early May didn't look too promising. Dark clouds threatened rain, and so did the weather report. I hummed and hawed until it was almost too late to set out, but finally I decided to risk it. As I approached Ishiyama I decided to try for a shortcut. My shortcuts almost never work out, and it turned into an interesting exploration of Ishiyama's back streets. Eventually I found my way to the Seta River and cycled past Tachikannon Temple the crossed a bridge, following Highway 22.

The stretch of road along the Seta River is very beautiful, but after the bridge the road departed from the Seta River and follows the Tomi River, a small rocky river with some pretty waterfalls along the way. I stopped to explore at one point, and was really glad I did. I followed a track across the river and a short distance up the hillside, and found some impressive rock carvings.

The road took me through rolling hill country, but the ups and downs were not too difficult. Wild wisteria sprawled through tree tops, and thick, dark brown shoots thrust their spears up amid the bamboo. Presently the green wilderness on either side of the road gave way to plantings of tea, rice in newly flooded fields, and fruit trees. At Asamiya near Shigaraki there are many tea plantations, and it was my first really good look at Japanese tea growing.

At last I saw a sign that said Shigaraki River, accompanied by one of Shigaraki's iconic tanuki statues. Since it was already 4:30 in the afternoon, I was relieved, but it took another 10-15 minutes of cycling before I reached the town center. I was a bit worried about cycling home in the dark, so I just took a quick look around, snapped a few tanuki statues, and then realized that I lost my sense of direction. I rode around looking for but not finding any signposts, then did the smart thing and asked for directions. I decided to return home via Uji. It rained a little on the way, but nothing to worry about.

The distance between Ishiyama and Shigaraki is about 25 kilometers. From my home in Kyoto, I guess the round trip was about 70 kilometers - not a bad day out! 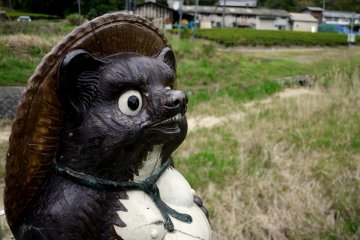 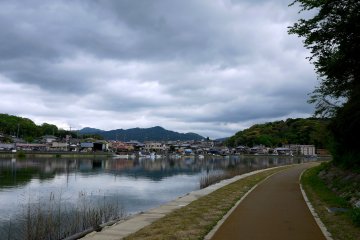 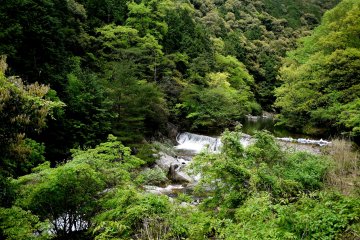 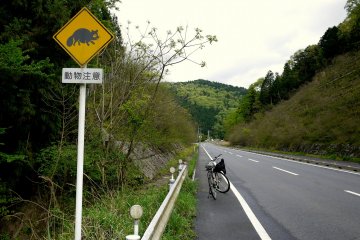 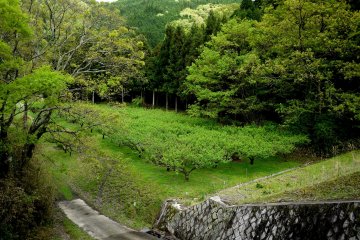 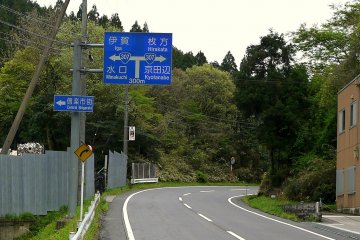 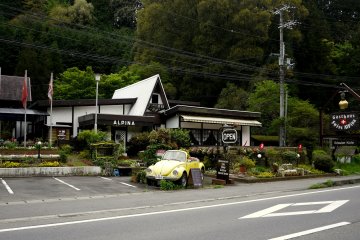 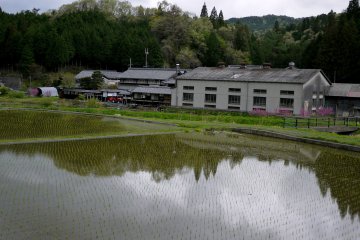 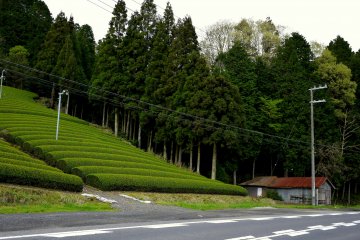 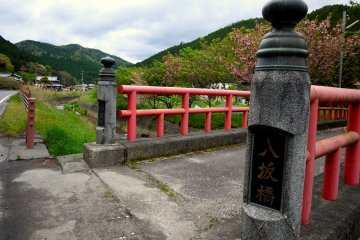 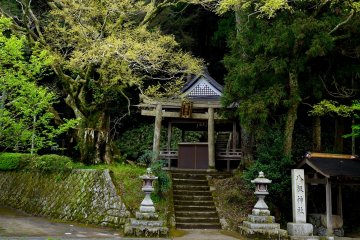 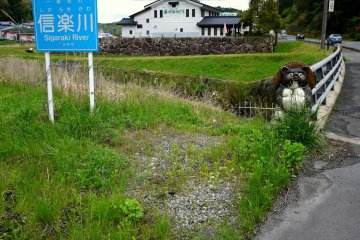 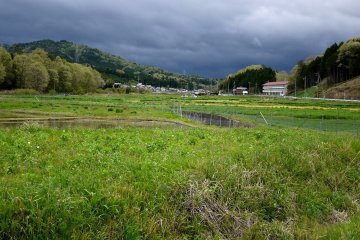