You might have heard of Iga-Ueno city as the land of the ninja. It also happens to be famous for a traditional form of pottery, Iga-yaki.

The Iga basin—where modern-day Lake Biwa was born—has a clay soil, suited to the thriving industries of pottery, rice-farming and sake production. It is where Iga pottery was born, a craft chiefly known for its resistance to fire and its pearly patterns. Earthenware pots, used to cook rice and stews, are well-known and perhaps the most representative item of Iga-yaki ware.

It’s possible to discover the traditions of Iga pottery in the village of Marubashira in the mountains behind Iga-Ueno. Some ancient kilns and workshop are still preserved over there – the kilns particularly impressive to visitors. Iga pottery is fired at a temperature of 1300 degrees for one week, between January and March. It’s a pretty high temperature—most wares are typically fired around 1200 degrees—which explains why Iga pottery is known for its resistance to fire and heat!

In Marubashira village, you can visit some small boutiques with numerous wares on sales, from dishes including nabe pots to more personal creations. You can take a break at a local—pretty jazzy—cafe, where you can bring your cup back with you for the price of the coffee (350 yen).

There is also a hike that starts from the village, that reveals a wonderful viewpoint from up over the kilns. The viewpoint is surrounded by sakura trees, and I could only imagine it in April's cherry blossom season—covered in pink!

Further on it’s possible to try a pottery workshop at the Igayaki Traditional Craft Center (Igayaki Dentou Sangyou Kaikan). A variety of workshops are available, including painting a cup/plate (1,080 yen) and making pottery at the wheel (2,160 yen / 1 kg of clay – or 3,240 yen using the electric wheel). There is no set time limit, just the fixed amount of clay to work with! I can’t really say that my attempts to make a piece to be proud of were successful, but watching the master at work finishing a bowl in under 5 minutes— with impressive ease—was a wonderful sight to behold. And yes, it’s not as easy as it might seem!

Next to the workshop is a small shop, with some lanterns decorated by the potters. It’s a good way to discover more about the world of traditional Japanese pottery!

20 minutes by car from Iga Ueno 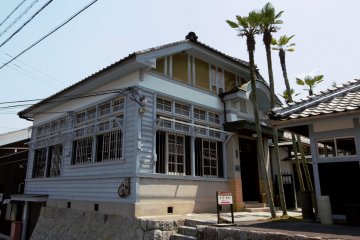 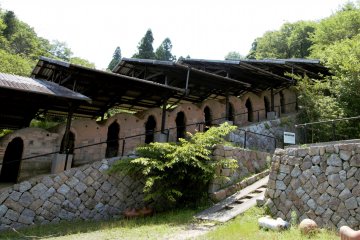 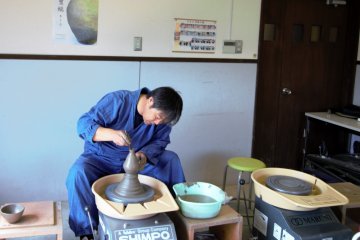 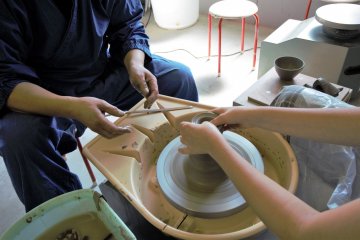 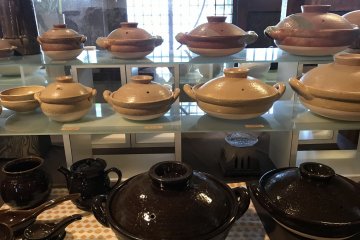 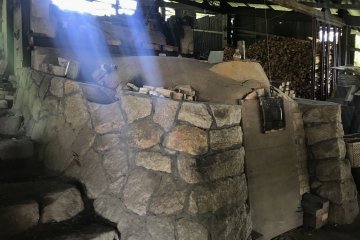 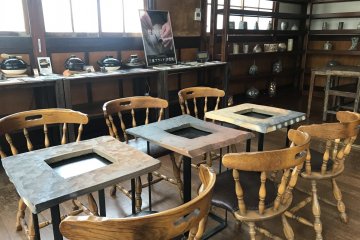