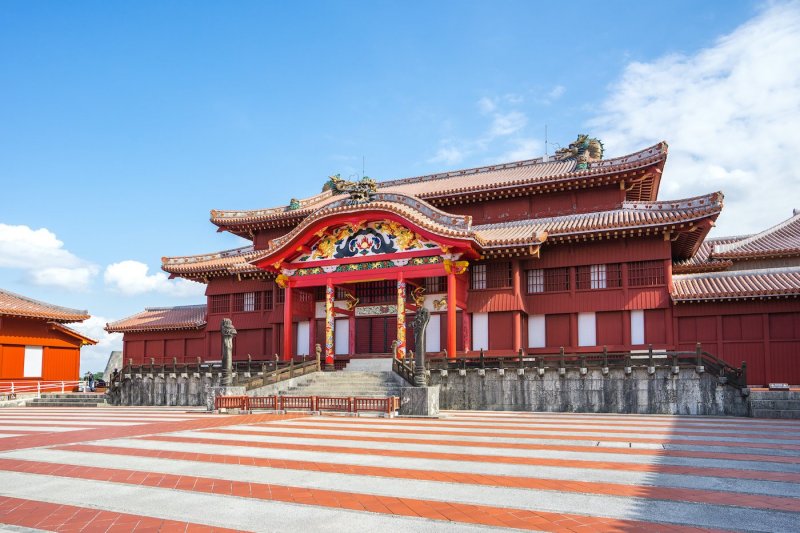 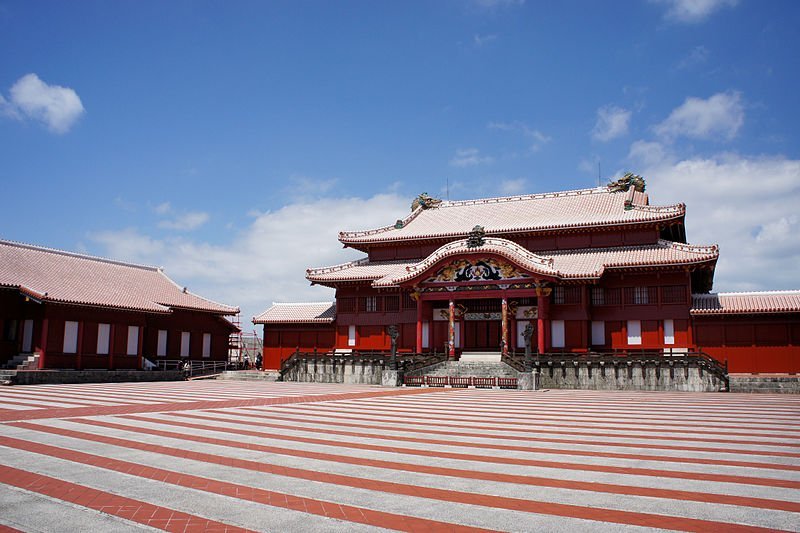 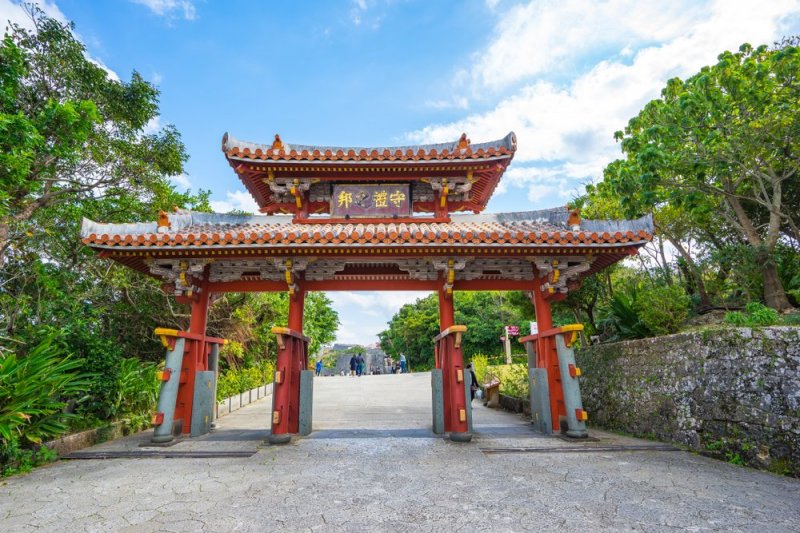 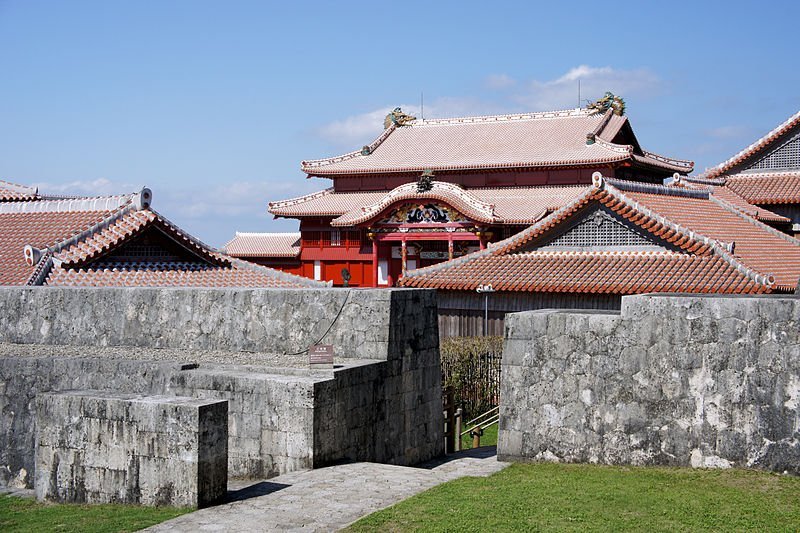 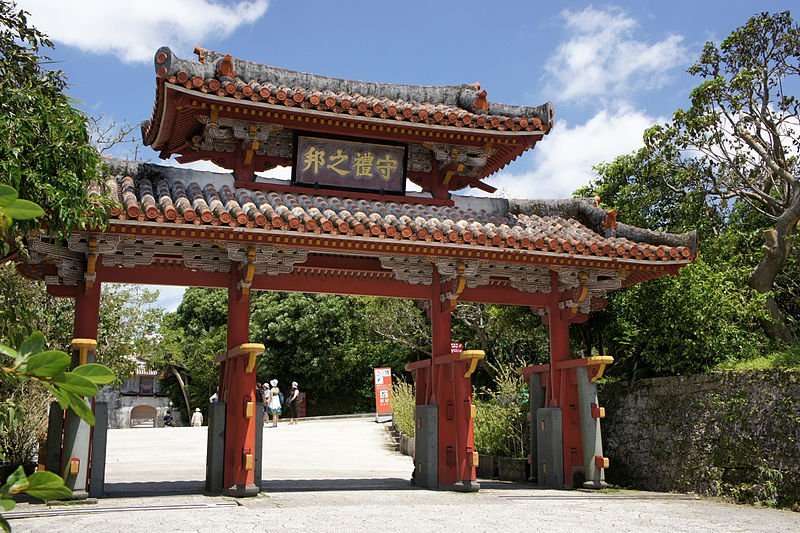 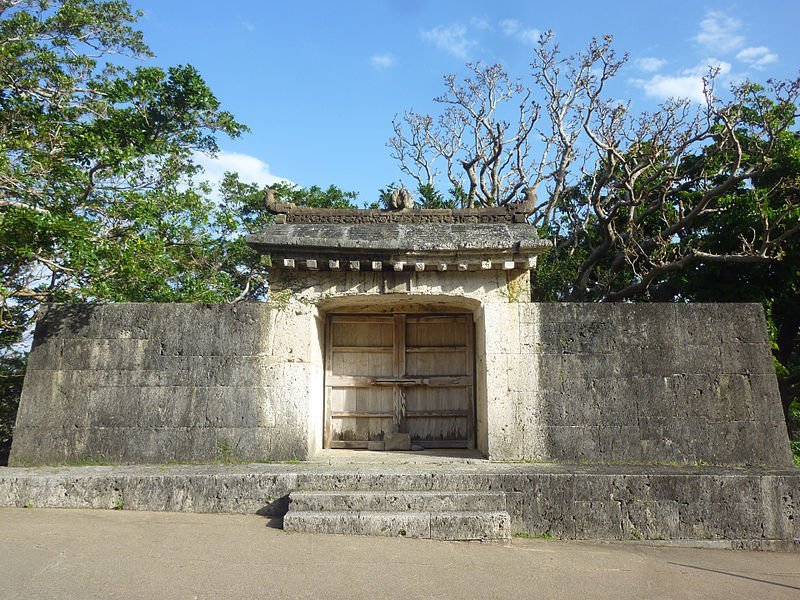 Shuri Castle was built in the 14th century and was the palace of the Ryukyu Kingdom. It was neglected for almost 400 years and suffered great damage during the Battle of Okinawa in 1945. After the war, the castle was used as a university campus, but from 1992 it was rebuilt through extensive reconstructions based on historical records and photographs.

A significant number of the castle's main buildings were burnt down in October 2019. The site is closed to the public for the time being, but Shurijo Castle Park has been partially reopened since. Authorities aim to have a reconstruction plan ready by 2022.

The castle served as the administrative center for several centuries until Okinawa became a Japanese prefecture in 1879. The castle is listed as one of the Ryukyu Kingdom's castles declared a World Heritage Site by UNESCO.

The main buildings of Shuri Castle were destroyed by fire on the night of October 31, 2019. There are plans to rebuild the castle by 2026. In the meantime, tourists are encouraged to visit the castle and watch the reconstruction work.

The Seiden, or “West Hall,” is also called the State Palace. It was located east of the Una and faced west toward China. The Great Dragon pillars were crafted from sandstone and were symbolic of the king. These dragon motifs are replicated throughout the castle.

Together with 13 other gates, Shureimon Gate was the second ceremonial gate to the Shuri-jo Castle complex. Following the design concepts of the rest of the majority of the castle complexes, the gate also has a distinct Chinese feel to its structure.

Shuri-jo Castle was also home to several shrines (~utaki) and temples (~ji). Three of which played a role of significant importance to the functions of the castle. Kyo-no-uchi, where prayers by high priestesses were made; Sonohyan-utaki where the king prayed for order and safety; and the Suimi-utaki, which was supposedly created by the gods and is the theme of many songs and prayers in Ryukyu’s oldest music collection.

Royal stone gate used by the former King as a placer of prayer and exit of the castle grounds – a UNESCO World Heritage Site.

Shuri-jo Castle is a 5-minute walk from Shuri Station.

A blend of Japanese and Chinese cultures, Shuri-jo castle was the seat of Ryukyuan royalty before the Okinawan islands became part of Japan, and is both striking and distinct.

Shuri Jo Castle Park is an UNESCO World Heritage site and the capital of the proud Ryukyu empire.

Sonohyan Utaki was the stone gate used by the Ryukyuan King as a prayer point and exit when departing Shuri Castle. It is one of Okinawa's UNESCO World Heritage Sites.

The grandeur and romance of the Ryukyu Kingdom is best celebrated in the once a year Shurijo Castle Festival. The royals for the year, along with their Chinese envoys, were dressed in the traditional garb of this elegant period and make a public appearance at the castle.

Hotel Route-Inn Naha Tomariko has a fantastic location in Naha city. One of my favorite places in the hotel is, with no doubt, the 14th floor, where you can just relax in the large public bath or check out the relaxation room equipped with a couple of full-body massage sofas. Both spots have amazing views over Naha city.

Speaking of life and death, this is an eatery from another world. The annual festival of Obon, or All Souls day, is when the Japanese welcome back the dead, reviving them with a feast so good that they would travel from another universe for.

A mix of favourable natural conditions and diverse foreign influences produced unique eating habits and a cooking style that is now known as “Okinawan cuisine”. The Okinawan way of cooking and eating is proven to be one of the main factors for the longevity of Okinawan people. You can learn all about this healthy food in Naha City!

Naminoue Shrine is a Shinto shrine in Naha City, Okinawa Prefecture. It is located on a high cliff overlooking Naminoue Beach and the ocean. Any boat that enters and exits the trading base of Naha Port looks to the shrine on top of the high cliff and prays for a safe journey, the shrine has always been revered and people pray for a rich fish catch and a rich harvest as well. Each new year the king himself visited the shrine on behalf of his people to pray for the peace and prosperity of the nation. The Naminoue Shrine is admired as the "" main shrine of the kingdom "". It was classified as a Kanpei-shousha (Shrine of National Significance) and Okinawa Sochinju (Shrine that protects all of Okinawa) in the Meiji era, but it was destroyed during the war. After the war, the shrine office (Shamusho) and the main shrine (Honden) were rebuilt in 1953. The church (Haiden) followed a little later and was rebuilt in 1961. In 2006 the Naminoque Shrine was declared a Historic Heritage Site of the City of Naha.

Built in 1501 by King Sho Shin as a new resting place for his father King Sho En, Tamaudun is the Royal Mausoleum of the Second Sho Dynasty.