I want your meat. You heard it right. I am not at a cannibals’ banquet or on board a sailing ship with Polyphemus from "The Odyssey," but guarding my bowl of Okinawan pork belly soba from my ravenous date.

Speaking of life and death, this is an eatery from another world. The annual festival of Obon, or All Souls day, is when the Japanese welcome back the dead, reviving them with a feast so good that they would travel from another universe. If you can only eat once a year, what would you have? Like the tale of the prodigal son, what was lost is now found, and nothing is spared in using the best pork to cook up the party of your life.

Another element of a tasty Okinawa Soba is bonito, skipjack tuna that is smoked and aged for six months, giving it a rich Unami with a smoky bacon taste. It is so rich, that you are best to have it shaved into paper-thin flakes. Okinawans use the decadent belly while Kyoto people use the shoulder of the same fish.

Okinawans love their bonito so much, that they also sprinkle it in their Goya Champulu and soup, in a way that Honshu people would not dream of. Maybe their affinity with the sea, which connects these hundred islands strewn over the Philippine Sea, has something to do with it.

Another key ingredient in Goya Champulu is tofu. Okinawan tofu is firmer than I am accustomed to in Honshu and other parts of Japan. Ancient wisdom tells me that instead of dicing the tofu in smooth cubes, it is simply ripped into rough cuts, with the greater surface area used to absorb the flavour from the other ingredients. And while Goya or bitter melon can be off-putting to some, the salt takes the edge of its bitterness.

Another signature dish is Jushi, made from a 400-year-old recipe that was the preserve of the elite but is now a feature of celebrations like New Year. It features pork, rice, and mushrooms, all sought-after ingredients on this island with little real estate. The mushrooms used to come by boat from Honshu, making it an expensive and rare ingredient.

Today we are at Asahibuina, which celebrated its 15th anniversary in 2021. Set in a 70-year-old house with a welcoming veranda, it is like a living museum to Okinawan culture, carefully cataloging the icons of traditional Ryukyu cuisine on its menu. With me is Kazumi, who tells me that the younger generation at Naha is dying early as they are growing up with convenience foods from the post war era. Without a hint of bitterness, Kazumi is trying to save her generation from fast food, setting up a cooking school that pays homage to traditional ingredients and techniques. She knows the recipes from her body, it tells her if the food is right or not.

Such is the camaraderie in this home-cooking restaurant, they closed the doors in May for a staff wedding. And if you were lucky enough to be here during a celebration, you might be delighted by their one-off creations. For their 15th anniversary, the chefs celebrated with Mokuhai Soba, using wood ash in an ancient technique that was thought to be long forgotten. Or maybe I should come back for Obon, for a feast that will even awaken those who have gone before you.

Ashibuna is a short walk from Shuri Castle and the Shuri Ryusen Okinawa Bingata Gallery. 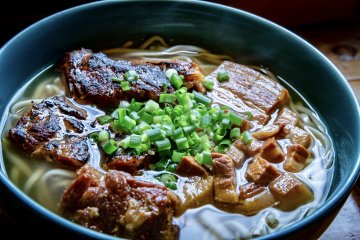 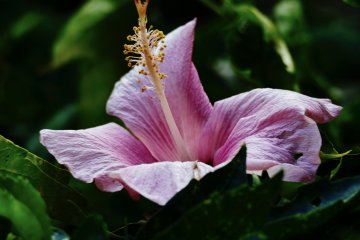 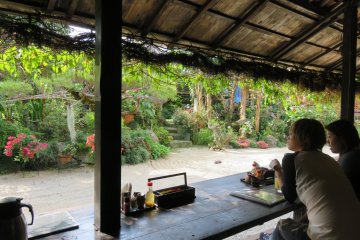 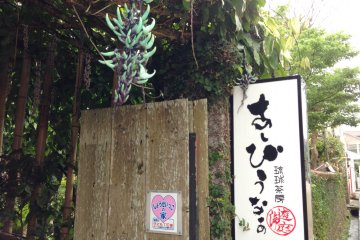 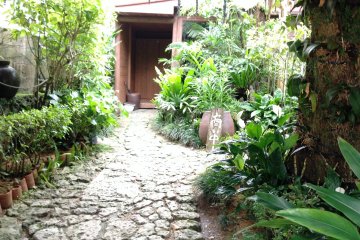 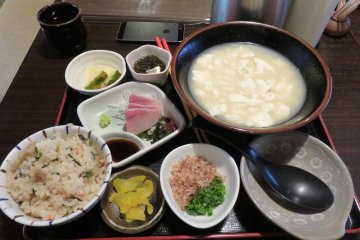