The heart for transportation for Okayama Prefecture

Okayama Station holds a special place for me because it was my first stop when I rolled into town. The billboards in front of the station have changed and although the station itself has changed, it still remains the heart of Okayama.

You know, today’s Okayama Station is not the one that stood prior to WWII. That one was completely destroyed. To get an idea of what that one looked like, think of any small baroque style train stations of the east coast of the United States and you’ll get the picture. Anyway, it was replaced by the prototypical post-apocalyptic, utilitarian station that has been here ever since. Until recently there wasn’t much to it. There was the mall in the underground section but the upper levels were little more than platforms and restrooms.

Thankfully that has now changed. They have done a major renewal of the place, expanding the retail area on the first and second floors. Okayama Station is now a major shopping mall for all ages. Okayama City does not have a subway system so people who take public transportation rely on it. Frankly, it’s a meeting place for friends and businesses. It’s not uncommon to say, “Let’s meet at the fountain at Okayama Station.”

The underground section of the station is called Ichibangai and like the second and third floor is home to fashion and jewelry boutiques, as well as restaurants and other eateries. There is a fast food restaurant but don’t despair. At least you can charge your phone. If you are homesick or food sick you can try the import store. 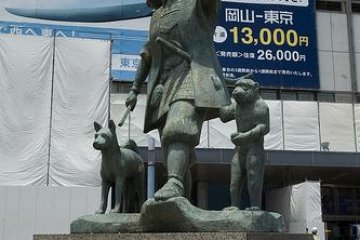 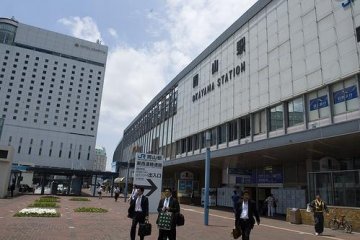 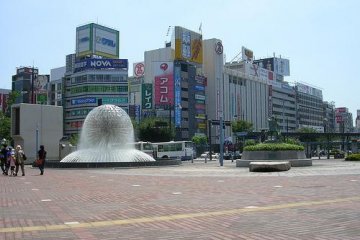 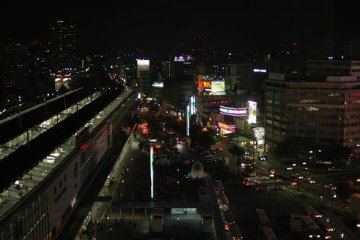