A palm-sized universe in a historical samurai residence

Netsukes are miniature sculptures that you can hold in your hand, and became popular in the Edo period when people wore kimonos daily. Since kimonos do not have pockets, netsuke was used to carry small items such as medicine, tobacco and money by hanging them from their kimono belts (obi). They would attach a string to the thing they wanted to carry, and the Netsuke on the other side of the string would hook onto the obi. So netsukes are small but skilfully crafted artworks.

The subjects of netsuke vary from Japanese seasonal motifs to people, animals, vegetables and even imaginary creatures. They are made from ivory, wood, ceramic and other materials, each with their own character.

From the Meiji era (1868-1912), when Japan was opened to the West, vast collections were amassed overseas. It was seen as the ultimate fashion accessory for which die hard collectors would have paid an equivalent of a house to have. Even Cartier had a collection of netsuke. Today it can be found in some of the great museums of the world.

Built in 1820, the Kyoto Seishu Art Museum is only remaining former samurai residence in Kyoto City. It is located in the Mibu district, far from the main tourist sites, but famous for the annual Kyogen performances.

This museum used to be open only a few times a year. However from 2016 it will be open every day except for Mondays. When Monday is a national holiday, it is open on Monday and closed on the following Tuesday. It is also closed for the following seasonal holidays: 13-16 August (The festival of the dead), 30 December – 4 January (New Year) and 7 May

Entry: Adults: 1000 yen, Junior high/high school students: 500 yen (Please note that children at elementary school age and below are not permitted to enter the museum) 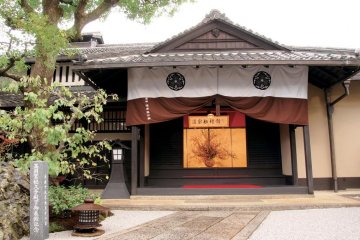 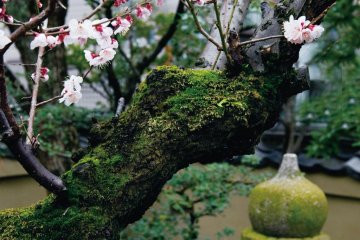