The colour of nobility

It was the most unexpected of homecomings. Over a decade ago, I literally put on the family crest, in the most formal embodiment of Japanese attire called kuro montsuki, in a wedding a block away from where I met my wife.

And now, I am at the home where this garment was made. Little did I know, but I may be a witness to a dying tradition. As recently as thirty years ago, 3 million of these black Japanese suits were made but now there are only 7,000 made a year. Before there were 15 companies but now there are only two, and with the other one at the threat of closing, this may be the one left.

The word montsuki does not refer to the shape of the garment, for when you hang or fold it; it looks nothing like when you wear it. It only takes its shape when you put it on. Actually the word means the putting on of a family crest. When you put it on, you become the embodiment of hundreds of years of tradition and lineage. Kuro, on the other hand, means black in Japanese, the most formal of colours, but also one that speaks a universal language. Whether at a graduation or funeral, black speaks the language of formality, of occasion and importance. According to the manifesto called “The culture of black”, black montsuki is the symbol of nobility, and Tadao believes that there is a mysterious power that comes from wearing it, a power that “makes us stay straight and have control over our feelings”.

Tadao Arakawa, the president of Kyoto Montsuki, has no intentions of going away quietly. At risk are not only a way of life, but the techniques and the ingredients that make this the most ceremonial of occasion. While he cannot swim against the tide of modernity, he knew the future of these techniques lie in its resurrection. True to its meaning, he looked beyond the fluid form of the montsuki garment, and headed for its essence, its blackness. By applying traditional dying techniques to modern clothing, such as jeans and jackets, he believe that he can give these clothes new life, through a process he calls upcyling. By giving up its old patterns and hues, a piece of discarded clothing gets a new purpose, one that gives it usability. What was once destined for the scrap heap; is now given newness, while his patented dye preserves its threads due to the use of the natural ingredients which literally wraps and protects every thread. The process of upcycling is like a baptism, where the immersion of the clothing in a sea of blackness breathes new life into an old garment, while preserving and giving new strength to the fabric.

This change in direction did not come easily to Mr Arakawa, as we sat in the workshop that has been operating in the same location since 1911. The fourth generation descendent of this family company, he had the weight of a century’s traditions to consider. Everything, from the labour of love that goes to dying and re-dying each garment, to the use of local Mibu groundwater, is carefully considered. He had to draw on this tradition, and much more besides in developing the shinkuro technique for western garments, which may be made with different materials or cuts to the traditional kimono. Since then he has sought out designers from New York, London, Paris and Tokyo to blend these traditional techniques with both modern and vintage clothing.

A reason he is so passionate about this transformation is that he is leading the charge in enabling people to change from a disposable to a recyclable and sustainable economy. Not only can he save this century old skill and technique, but he is also doing his part in saving the planet. Mr Arakawa is at pains to point out that of the 2.5 million tons of clothing purchased annually in Japan, 2 million tons is abandoned within half a year. As valuable Earth resources are used to make clothes, the recycling of even one piece of clothing can help the planet.

In 1993, he collaborated with the World Wildlife Fund in the Panda Black re-wear project. These days, customers from throughout Japan and around the world can participate in upcyling, by sending their garments to his Kyoto workshop through the Kuro-fine initiative. Pre-paid packages are available in convenience stores such as 7-eleven, and after a month, you will be mailed back the renewed garment in ultimate black. 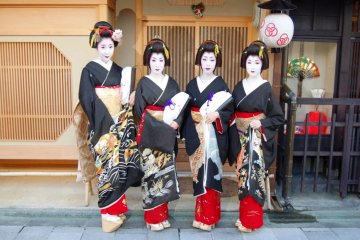 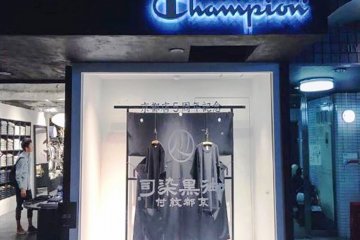 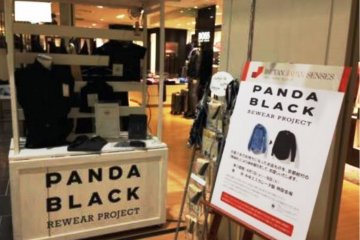 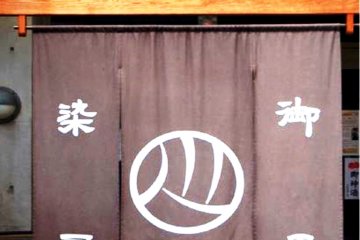 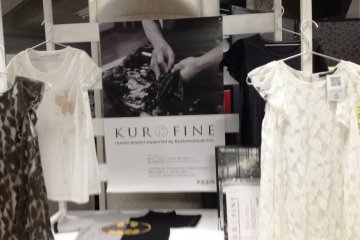 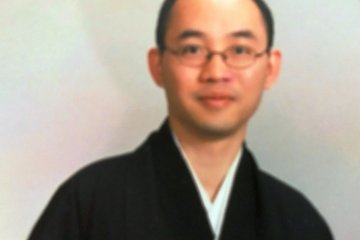