Time for a second look

If you like the great outdoors, then Kushiro should be at the top of your list. There are so many bird/wildlife viewing areas it would take a month just to visit all of them. During summer, the beautiful wildflowers are blooming everywhere including in the middle of sidewalks. In eastern Hokkaido there are more dairy cows than people and I think the deer population exceeds that of the cows. You need to come prepared to make some hard choices on what you want to see because the Kushiro area offers so much that one trip will not suffice.

We decided to visit again to check out some of the famous foods of Hokkaido, take some tours, and head to the Eastern most point of Japan.

On the first of August we flew from Haneda to Kushiro for our first trip of 2020. Even with the covid-19 still rearing its ugly head, domestic travel in Japan has commenced once again. There are some great deals and many precautions are in place. On the airplane wearing a facemask was required. All the places we visited had hand sanitizing stations and in one particular restaurant/bar we were required to have our temperature taken prior to entering. Our morning breakfast buffet required us to wear plastic gloves prior to handling the food. A little inconvenient, but worth being able to get out of town for awhile

Upon arrival we took a 45-minute bus ride directly to the Akan International Wild Crane Center. There are 15 crane species worldwide with three: the Tancho (red Crowned), the White-Naped, and the Hooded crane found in Japan. The Tancho was almost extinct and thanks to Kushiro area conservation efforts there are now over 1700 red crowned cranes in Japan. Almost all are found in the marsh area of Kushiro. Before entering the center, consider purchasing their five-day five-attraction pass. For the summer months is was only 1030 yen which was less than the cost of two attractions. Before you leave this center, you will not only see live Red Crowned Cranes, but also learn through the museum and video theater all about their habits. The Red Crowned Cranes are known to mate for life. However, the resident male Asahi is currently on his third marriage to much younger Sora. His second wife Mucki who is also a resident decided she liked humans better than cranes. Sora just appeared from the wild and took up with Asahi. If cranes are raised by humans then they will not lay eggs. At this center, the workers wear crane costumes and use crane puppets to feed the baby chicks so that they can one day be released into the wild.

A great way to see the Kushiro area is to take the three-lake tour through Akan-Mashu National Park. This is a full day trip leaving Kushiro bus station early in the morning. The trip will take you through several marsh areas with possible crane, fox, and deer sightings along the route. Your first stop will be Lake Mashu where on a typical day you will be above the clouds. Ours was not typical as the summer months are filled with fog. Luckily before we left the area the winds changed and we were able to see some of the lake. Next is a stop at Mt. Lozan, an active volcano which was once the worlds’ largest provider of sulfur. Nearby is Lake Kusharo where you can dig in the sand and create your own personal Onsen (Hot Spring). If you just want to feel the warm water there is a hot spring foot bath at the entrance.

Your final stop is at Lake Akan. Here you have a choice of visiting the Ainu village, enjoying one of many restaurants, shopping until you drop, or several other attractions within a two-hour time frame before the bus heads back to Kushiro. If this is not enough time then you can opt to take the city bus back to Kushiro leaving an hour later which allows you to take the boat cruise. We opted for the cruise. Akan lake is famous for the Marimo (algae ball). During the cruise you will stop at an island with a museum and aquarium teaching all about this unique algae ball.

We returned to the city in the early evening and walked to Nusamai Bridge and Fisherman’s Wharf for the night lights.

On your last day take the bus to Kushiro Zoo. It is only a ten-minute ride to the airport so you can enjoy the zoo before catching your flight. We have been to many of Japan’s zoos and what makes Kushiro’s different is it provides rescue and rehabilitation for Hokkaido wildlife. Many cranes are injured from the power lines, as well as from vehicle/train accidents. The injured are brought to the zoo where there is staff who can nurse them back to full health then release them back into the wild.

This was only a four-day trip and you will still have a reason to come back again. There are bicycle tours, canoeing, hiking, bird watching, and so much more that you will want to make Kushiro an annual event.

Links to all three articles about this tour: 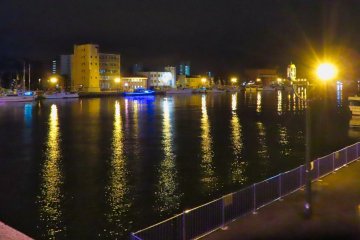 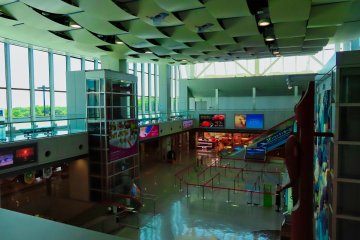 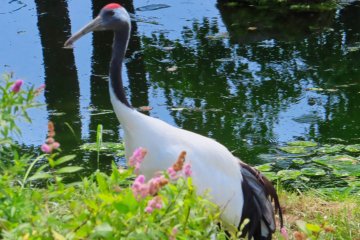 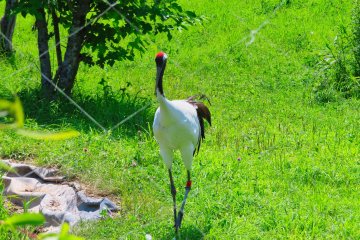 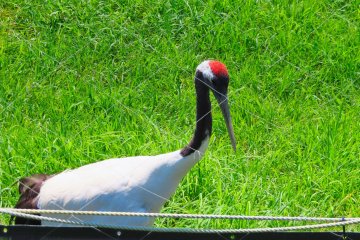 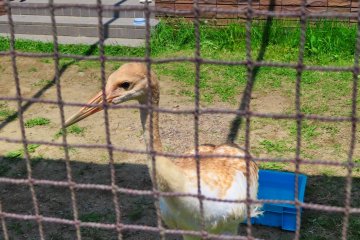 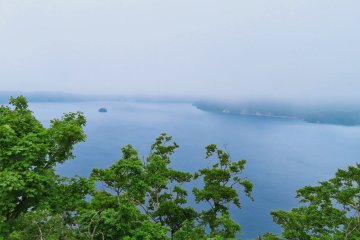 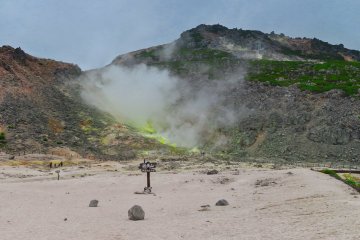 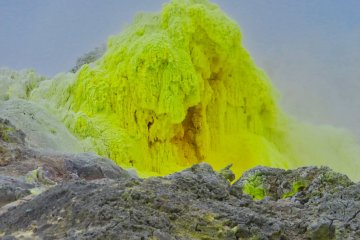 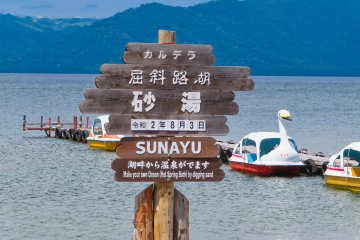 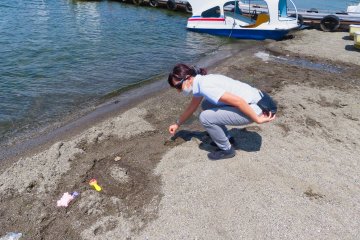 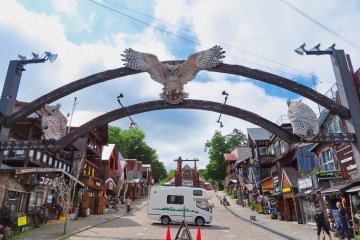 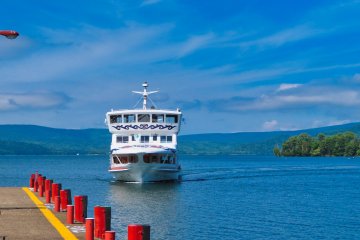 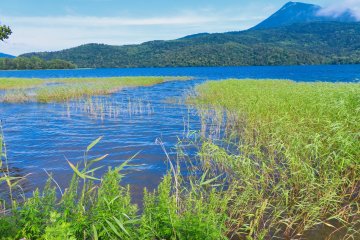 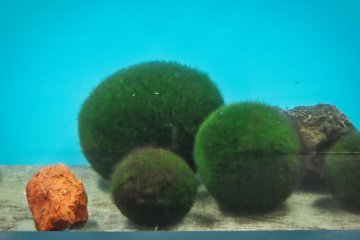 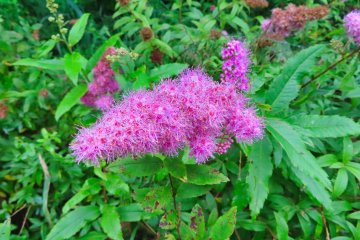 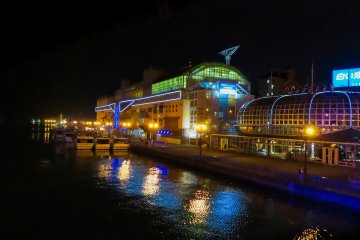 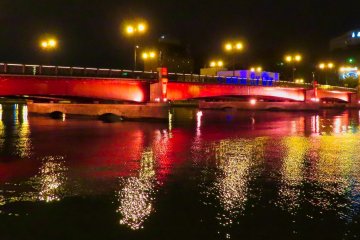 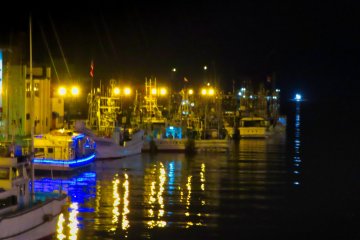 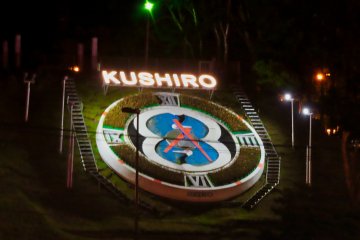 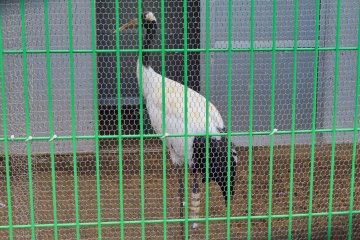 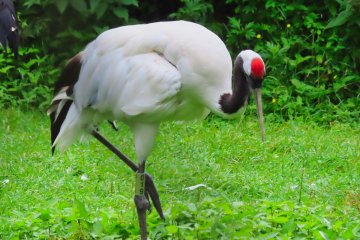 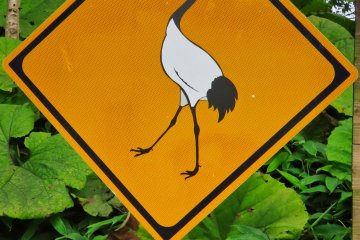 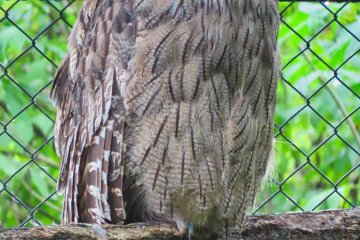 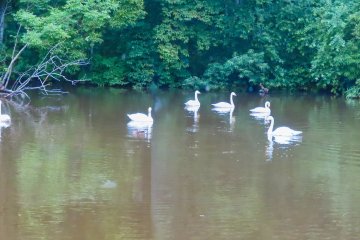