Don't be fooled by the city's quirky claim to fame. Musashimurayama City may be the only municipality in Tokyo to not have a train station within its borders, but the city is still easily accessible by train. The city's natural space is completely dominated by a huge expanse of verdant natural wonderland in the north. Further south can be found a few other smaller local and surburban parks and gardens dotted throughout the city. Here is an introduction to these parks and gardens and how to reach them.

City managed, Eisei Shoubu-en Garden is a decently maintained garden full of lush green vegetation. Along with its greenery, the garden features colourful beds of roses, irises and hydrangeas. With its walking paths, wooden bridges and scatterings of traditional landscaping, the garden turns out to be a pleasant surprise, particularly when visited during the blooming seasons.

A 10-minute walk from Sakurakaido Station on the Tama Monorail line.

Sitting at the edge of the absolutely massive natural park that is Sayama Hills, Noyamakita-Rokudoyama Park is filled to the brim with woodlands, waterways, hill, and rice fields. Well worth the trip from central Tokyo, the park is also home to scores of hiking trails, playgrounds and even obstacle courses in the park's Adventure Forest area. Be on the lookout for the traditional homes too.

A 10-minute bus ride bound for Hakonegasaki from Tachikawa Station on the JR Chuo Line.

Sitting right beside Eisei shoubu-en Garden is Ominami Park. Local tennis courts and a baseball field bookend the park while in-between can be found some basic open spaces, play equipment for the younger children, rest areas and, come springtime, a canopy of blooming cherry blossom trees.

A 10-minute walk from Sakurakaido Station on the Tama Monorail line. 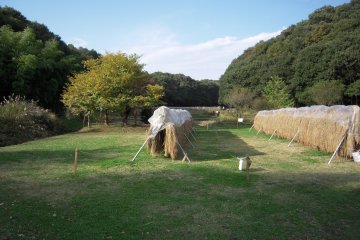 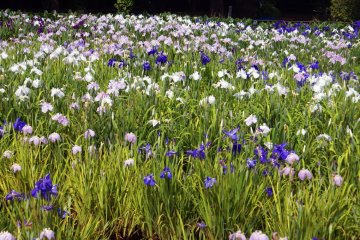 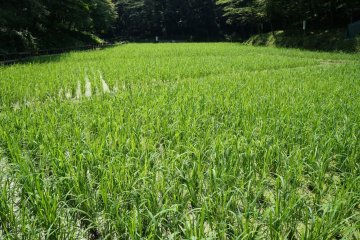