Nods to heritage in a little city

Known for its petting zoo and Maimaizu Well, little Hamura City is still easily overlooked despite offering up some other cute little tidbits of interest. Bordered along the west by the Tama River, the city features several nods to its rail and water supply heritage while a strong sense of the botanical permeates the town come spring. Here is an introduction to some of the history and landmarks of Hamura City and how to reach them.

Designated as Natural Monument of the city, the Hamura Bridge Zelkova Tree sits at the base of Hamura Bridge close to the Tama River. Thought to be around 400 years old, the tree juts up into the air with a height of some 25m and circumference of just over 7m. The roots of the tree, curiously, can be seen wrapped around a rock, adding to the sight.

A 10-minute walk from Hamura Station on the JR Ome Line.

A nostalgic water well just outside the gates of the local train station, Kaiko no Ido was built at the end of the 19th century when the local railroad began operations. Some 27m deep, the well was a collaborative effort by both the rail company and locals and though no longer in use, was instrumental in the lives of the people of the era.

Direct access from Ozaku Station on the JR Ome Line.

A tribute to the two men who designed and built the 43km-long Tamagawa Josui freshwater canal that ran through old Edo, the Tamagawa Brothers Monument sits by the banks of the Tama River. The two brothers, Shoemon and Seiemon, created an engineering marvel that, to this day, attracts visitors interested in exploring Tokyo's history.

A 10-minute walk from Hamura Station on the JR Ome Line.

Spread over some 59,000 square metres, the Tulip Park is the largest tulip field in the Kanto region. During April, around 400,000 flowers from 60 different tulip varieties are in full bloom during the Hamura Tulip Festival making a visit here a colourful delight for both the family and the botanically-minded. 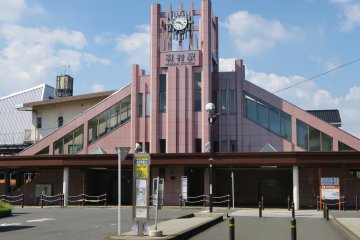 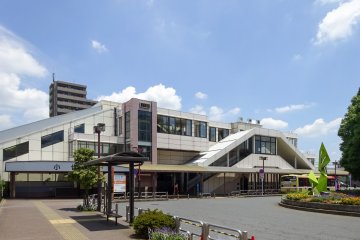