Enjoy a cold treat with a heartwarming backstory

There's something special about businesses that have a reason and a passion for their existence. Pomme Gelato, a recently opened cafe in the Tokyo suburb of Hamura, came to fruition after loss. The proprietor's grandparents used to own apple fields in Nagano, but when their grandmother passed away two years ago the land was sold. Fast forward to today, and the opening of Pomme Gelato honors their history - pomme means apple in French. You'll also see a number of apple motifs around the store, from the sign out front to the giant apple tree mural on the wall behind the counter.

The gelato created here is of the highest quality, and is made using a Cattabriga machine. The machines are named after Otello Cattabriga, the creator of the very first automatic gelato machine back in 1927. They've now become synonymous with top-of-the-range gelato production, and are seen as peerless in the field.

As for the gelato flavors on offer at Pomme, there are usually around eight on any given day. Because they're made with the freshest ingredients, the varieties can differ, but expect choices like chocolate chip, pistachio, black sesame kinako (roasted soybean flour), and yes - apple! They recently had a blend of Nagano Prefecture Fuji apples combined with New Zealand Jazz apples, which perfectly balanced both sweetness and acidity.

The store is open from 12 pm until 8 pm daily, but they're closed on Mondays and Tuesdays - keep that in mind if you're planning a special trip.

If you opt to drive, the store doesn't have a dedicated parking lot. However, ample parking is available at Wakagusa Park which is just around the corner. 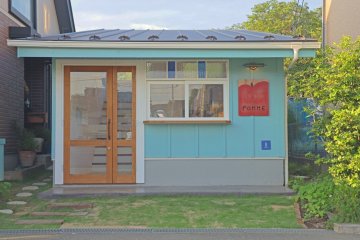 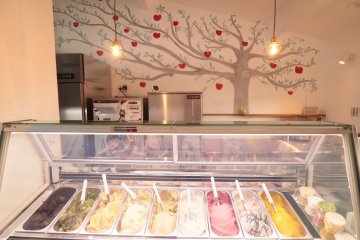 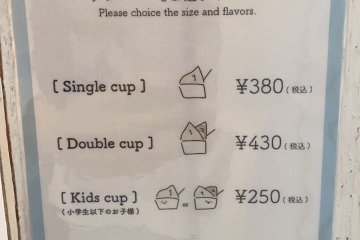 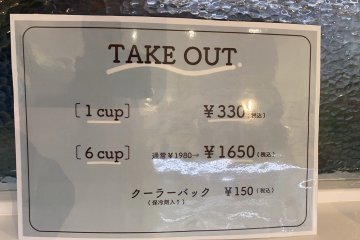 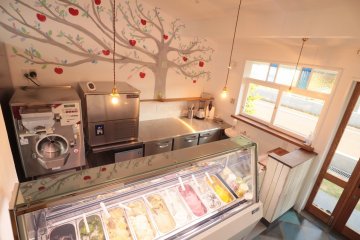 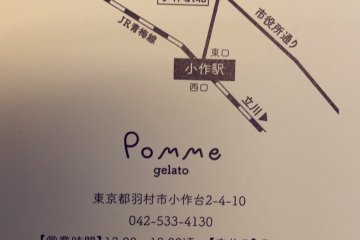