One of the highlights of rainy season are hydrangeas, known as ajisai in Japanese. These lovely flowers grow in abundance in many parts of the country, and this guide covers five great places to appreciate them in the Kyushu region.

Kitakyushu's Takatoyama Park is revered for having some spectacular blooms to enjoy throughout the year, and one of the top attractions are their hydrangeas that peak in early summer. An annual festival has been running at the park during this time for over 20 years now, and it showcases the splendor of the flowers on a grand scale – there are around 70,000 of them in total.

Known for offering some stunning views of the Kirishima Mountain Range, Miyazaki's Yamanokuchi Hydrangea Park is home to almost 30,000 hydrangea plants in shades of blue, purple, pink, and white. For those who can't visit the area when the flowers are at their best, the park also has some picturesque changing leaves during the autumn season.

Featured on the list of Japan's Top 100 waterfalls, Saga's Mikaeri no Taki Falls are undoubtedly gorgeous year-round. During hydrangea season, however, the area gets an extra boost of beauty – there are approximately 40,000 of the flowers that bloom in the surrounding area.

With a whopping 100,000 hydrangeas in approximately 200 varieties, Kagoshima's Shinonome no Sato Hydrangea Garden has no shortage of flowers to go around. For folks who work up an appetite exploring all the natural beauty, there is a restaurant on-site which serves up soba noodles, drinks, and light desserts.

Nagasaki's Huis Ten Bosch theme park showcases thousands of hydrangeas in bloom from late May throughout the month of June. Their annual hydrangea festival allows visitors to enjoy these beautiful flowers in a European-styled setting, and there are typically hydrangea-themed foods and merchandise available for purchase. 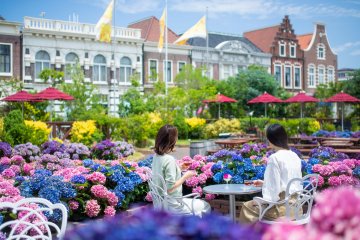 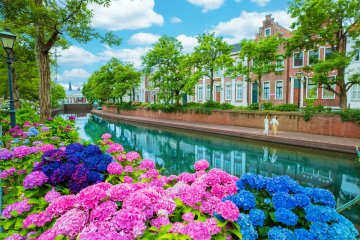 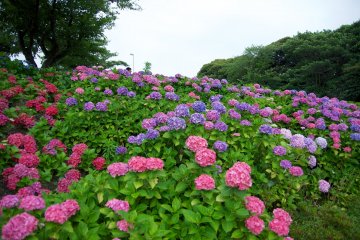 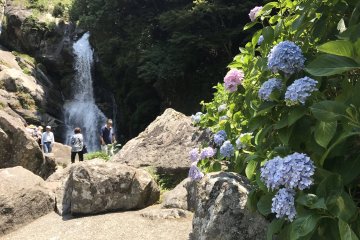