Japanese couple strolling around in the park (Photo: Stefan Bauer)

A fun place for everybody in the heart of Tokyo

Throwing a frisbee, flying a kite or playing badminton in the open in the middle of Tokyo? Yes, this is actually how a lot of people living in Tokyo spend their weekend in Yoyogi Park (Yoyogi Koen).

This wonderful green spot lies right between the busy city centres of Shibuya and Shinjuku and is one of the largest parks in Tokyo. It became a park only in 1967, after having served as the Olympic Village for the athletes during the 1964 Tokyo Summer Olympics.

The large green open space in the middle is just perfect for playing, and you will quickly forget that you are actually in the centre of bustling Tokyo. Some of the fountains in the middle are illuminated as soon as it gets dark. There is a jogging path, a cycling course and a separate bike practice area for kids. You can rent a bicycle at the cycling centre at the western end of the park. Try a tandem if you have not done so before!

If you don't feel like playing or doing any sports, just stroll around, watch out for dance groups and musicians practicing, soak up the atmosphere and relax on the grass.

Street entertainment (mostly on weekends) can be found right in front of Harajuku gate, at the eastern end of the park. The most popular event is surely the Elvis Dance, when Japanese Elvis freaks, who seem to have just escaped from the musical Grease, show off their moves. This event takes place every Sunday afternoon from around 2 pm. Other street performances are more irregular, but can include juggling, martial arts, silent comedy or cosplay (short for costume play).

One of my favourite features of the park is a group of drummers/percussionists you will find almost every weekend on the white stone benches along the large fountain. The sound of the drums, which at some point gets mixed with children's laughter and the caw of the crows, creates an unbelievably welcoming atmosphere.

While the winter is generally quiet, thanks to the mostly sunny weather in Tokyo, Yoyogi Park still gets his fair share of visitors. As soon as the cherry blossom season starts, it becomes a prime spot for hanami (Cherry Blossom Viewing) parties, and during the main hanami weekend the whole park turns into one huge party event. In summer, people take it very easy and just relax somewhere under the trees, trying to escape from the heat. Visiting in autumn gives you a fantastic variety of colours: the bright yellow of the ginkgo leaves and the glaring red of the maple trees make for a wonderful contrast.

Last but not least you should not miss the dog run where dogs can frolic around and play with each other off-leash, separated by dog size! You will also be updated on the newest trends in dog fashion.

If you are keen on seeing some street entertainment, make sure to go on a weekend, ideally Sunday afternoon. During the week it is much quieter, however, I personally enjoy Yoyogi Park any day; it is a true outdoor paradise in the heart of the city.

Find out more about Yoyogi Park.

Travelling abroad to discover new places, getting to know different cultures and learning foreign languages has always been my passion. I was born and raised in Germany; however, for a few years now I've been very lucky to be able to spend my life abroad. I lived for some time in England and Ital... 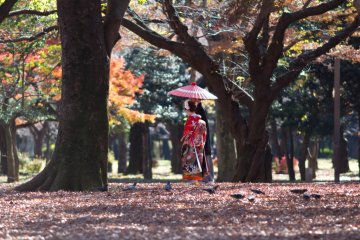 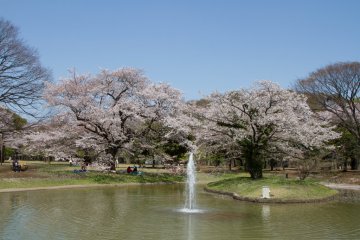 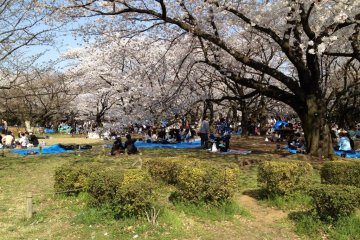 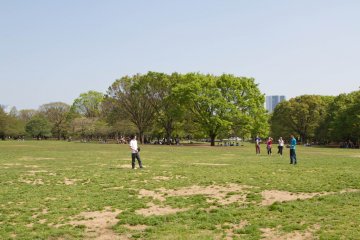 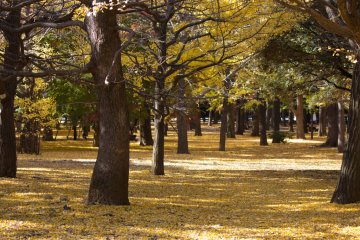 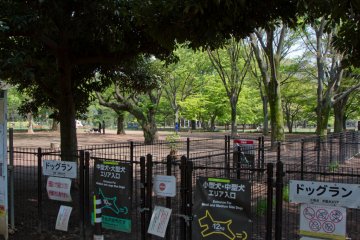 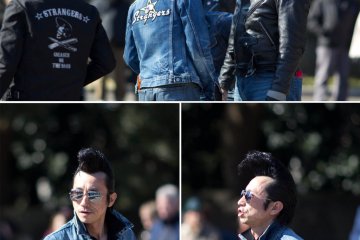 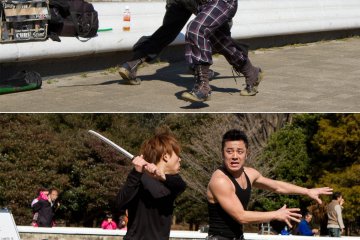