The Tokyo grave of the master ninja

The brutally effective warlord Oda Nobunaga was assassinated in 1581. Taking advantage of the turmoil this created, Hideyoshi Toyotomi filled the power vacuum and became ruler of Japan. All the while he would be eyed by his most powerful rival, Tokugawa Ieyasu.

Tokugawa eventually outlasted Hideyoshi to become ruler of Japan and instigated a political dynasty that lasted almost 300 years. But hidden behind his success in becoming Japan's most powerful shogun was a single man - the ninja leader, Hattori Hanzo.

Hanzo was able to organise safe passage for the future shogun through a region of mountains occupied and controlled by the dangerous ninja of Iga. Without passage through this literal no-man's land, Tokugawa may very well not have survived that initial year of Hideyoshi's rule. But he did and though the details of Hanzo's deal with the ninjas remain a mystery, the result was that Tokugawa would become the ruler of all of Japan.

The ninja leader was well rewarded for his services with land, income and position. But as skilled a master of warfare he may have been, it is Hanzo's last few years that reveal the most about him. This great ninja, despite earning the moniker Demon Hanzo, lived out his remaining years as a Buddhist monk under the name of Sainen and had a small temple built in honour of a son of Tokugawa whom he couldn't save from a tragic death.

Hattori Hanzo passed away at the age of 55. His grave is located in Sainen-ji Temple, a short walk from Yotsuya Station in Tokyo. A silent place, the temple is also home to Hanzo's battle helmet and a gift from Tokugawa - a spear weighing 7.5 kg and almost 3 metres long.

Sainen-ji Temple is about an 8-minute walk from Yotsuya Station on the JR Chuo Line, Marunouchi Subway Line or Nanboku Subway Lines. 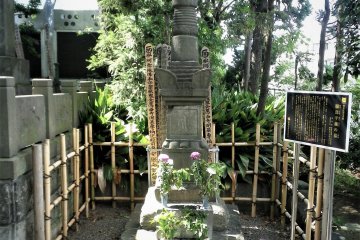 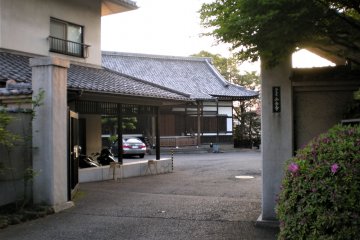 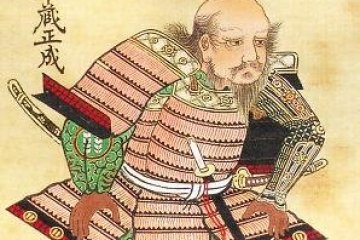