A modern city that is fascinatingly historical

Flush with natural spaces, the historical also features in Kokubunji City. The location of the Musashi Kokubunji Temple, one Emperor Shomu's 8th-century provincial temples, the city is also home to Tonogayato Gardens, possibly Tokyo's most underrated Japanese garden. Contrasting with the city's distinguished past is the thoroughly modern Gallery Kojima, a fascinatingly contemporary art gallery.

Situated as part of the Manyo Botanical Gardens, Musashi Kokubunji Temple was originally established in the eighth century by Emperor Shomu. While the original temple is long gone, the grounds are replete with historical structures, details and atmosphere. The tower gate is among the many impressive features to be found here.

A 15-minute walk from the South Exit of Kokubunji Station on the JR Chuo Line.

Once a private residence, Tonogayato Gardens is a classically landscaped Japanese garden. Featuring wisteria plants, clover tunnels, bamboo groves, a natural spring, and islands, Tonogayato is one of Tokyo's most underrated strolling gardens. A tea room, often featuring courses in the tea ceremony, only adds to the appeal.

A 2-minute walk from the South Exit of Kokubunji Station on the JR Chuo Line.

An intriguingly stylish art space, Gallery Kojima traces its artistic lineage back to Zenzaburo Kojima, an oil painter of the mid 20th century. Though focusing primarily on modern and contemporary Japanese artists, the gallery's yearly exhibitions also feature works from overseas artists based on the its theme of the 'wild spirit'.

A 10-minuye walk from the South Exit of Kokubunji Station on the JR Chuo Line.

Once part of the ancient series of highways leading to the old capital of Kamakura, the Former Kamakura Kaido Highway in Kokubunji represents that highway's incursion into what is now known as Tokyo. Surrounded by foliage, the narrow paths offer a hint of the old days of travel in medieval Japan.

A 10-minute walk from the South Exit of Kokubunji Station on the JR Chuo Line. 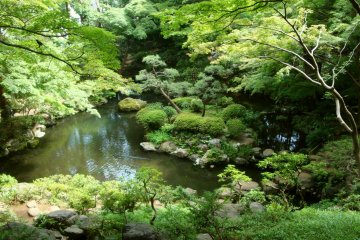 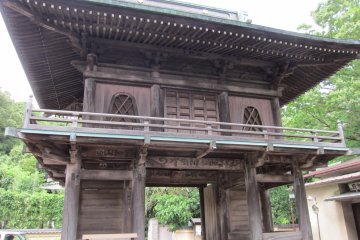 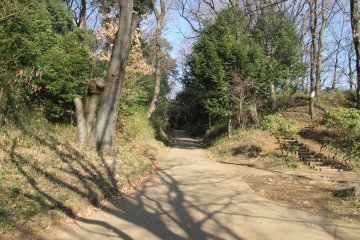