This is a recommendation for everyone who has stood gazing dull-eyed at the cans of beer in a Japanese supermarket or convenience store, wondering how so many varieties could taste so identical (and also wondering why "super dry" would be an advantageous selling point for a drink). Japanese beer is far from world-renowned but fear not, beer lovers, as there is still something to get excited over.

Baird Beer is a fantastic brand out of Numazu City in Shizuoka Prefecture. Owned and operated by a husband and wife team, Baird Beer has a wonderful variety of beers that shows an incredible attention to detail.

In addition to brewing the beer, the company also owns several pubs to distribute it from, including the Harajuku Taproom. It's located just a stone's throw from the famed Takeshita Street, center of all that is fun, fashionable, and sometimes freaky for young Japanese people. In the midst of all that, the Harajuku Taproom is not at all what you'd expect in this part of town.

The pub itself is a neat combination of atmospheres, with equal parts your father's favorite bar, a trendy space for people in the know, and relaxed neighborhood watering hole where people gather to watch whatever sporting event is being shown on the TV behind the bar. Grab a seat at the counter and chat with the regulars, or sit near the window in the front room for a private table overlooking the hustle and bustle of Harajuku. This range makes it a fine place for a date, a quiet weekday night, or even a small party with a group of friends.

There are about ten year-round Baird Beer offerings, covering the full range from amber ale to lager to stout and IPA. And porter. And so on. A personal favorite is the Red Rose Amber Ale, a delicious and somewhat fruity beer that doesn’t feel like it contains 5.5% alcohol until you try to stand up after two or three. The Angry Boy Brown Ale is a strong beer that is certainly not for beginners, but becomes a favorite to many. You'll never be disappointed with the Rising Sun Pale Ale, a hoppy beer complex enough to please connoisseurs while being a fantastic starting option for casual drinkers who don't want to try anything too crazy.

Baird also has a nice list of seasonal beers with every bit as much creativity put into them as those on the standard menu. A visit in June, 2012 turned up such temporary treats as the Rainy Season 2012 (black ale) and the Father’s Day Ale (a Belgian patersbier). The Shizuoka Summer Mikan Ale 2012 was refreshing and original.

Along with a full menu of other alcoholic drinks, the Harajuku Taproom should also be recognized for its good selection of yakitori (skewered meat and veggies off the grill) and bar food. The prices are competitive, and the taste continues to impress.

Menus are fully bilingual and I’ve been greeted by English-speaking staff members on more than one visit, making it a favorite place of both locals and ex-pats alike. Baird Beer has taprooms in Nakameguro (Tokyo), Bashamichi (Kanagawa), and Numazu (Shizuoka) as well as Harajuku. Their beer can be purchased at some outside locations and can also be ordered through their website (which is also bilingual).

The simple fact that their website includes a retailer’s manual with a guide to the proper handling and dispensing procedures should tell you everything you need to know about the owners of Baird Beer and the Harajuku Taproom: they know how to do it right. 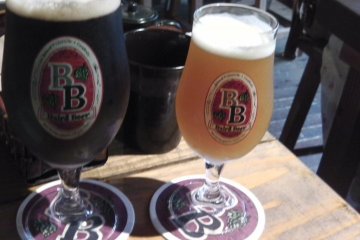 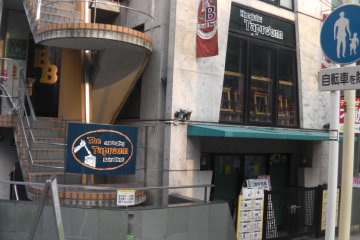 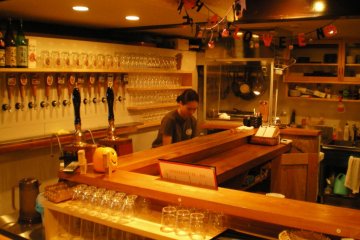 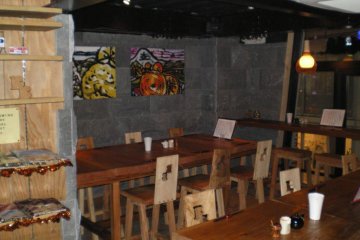 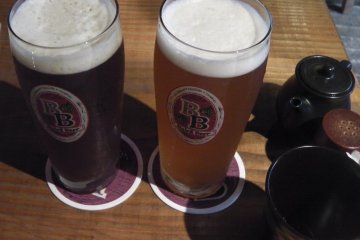 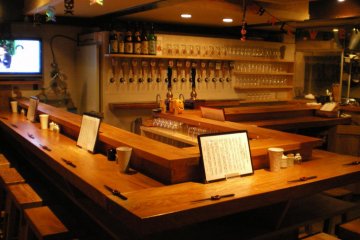 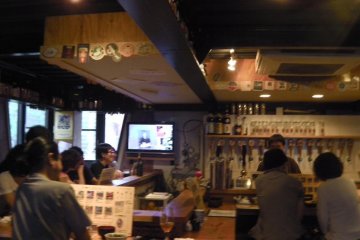 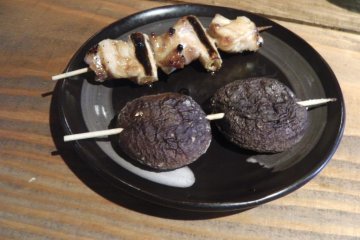