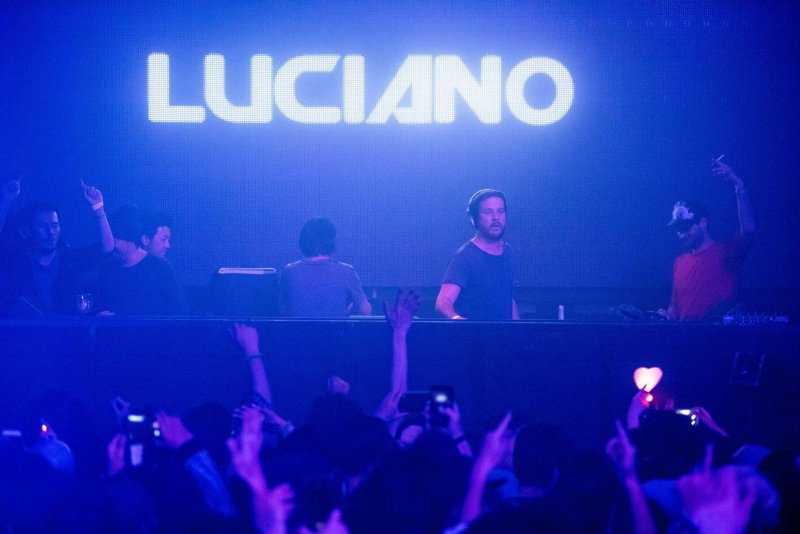 Bringing Japan's nightlife to the world

Entitled "NEW DAWN BREAKING," this party will unfold across every room of ageHa. Superstar DJ of the techno scene, Luciano is set to come to Japan for this party, where he will be featured as the Special Guest. This will be his first appearance in Japan in four years, the last being his 2015 show at ageHa. As one of the figures with the highest level of recognition among hardcore clubbers not only in Japan, but around the world, Luciano occupies a unique place within the scene. He stands alongside the likes of Richie Hawtin, who is noted for his keen knowledge of Japan as well as for having composed music for the opening ceremonies of the 2006 Winter Olympics in Turin.

The success of his label Cadenza Records and his work at events such as parties at the heart of global nightlife in Ibiza serve as proof of Luciano's abilities as well as his worldwide popularity. Luciano's first Japanese show in years is sure to make for an amazing night. The party will be bolstered by a world-class lineup of artists including DJ Sodeyama and Satoshi Otsuki, who have achieved success in Japan and Europe alike. Production will be overseen by REALROCKDESIGN. The basement at ageHa will also host a lineup of Japanese luminaries, including world champion turntablist DJ Kentaro, Shintaro, and more. On the day of the event, the club will be adorned with a host of decorations to light up the night. A special sake booth will also be featured. On top of it all, admission will be free for all citizens of foreign countries.

While Luciano is an artist who made his name as a performer on a diverse range of stages, from the small clubs of 1990s Chile to world-class dance festivals, it was his work in the vibrant club scene of turn-of-the-millennium Europe that solidified him as a global icon of electronic music. Born in Switzerland and raised in Santiago, Chile, Luciano always stays true to the music his heart tells him to make, no matter how far from home he may be. With his work, he has elevated not only his own reputation, but also the status of electronic music, which had been an underground scene in Chile. By the time he was 21, Luciano already had a thriving international career as a top DJ. He now runs his own record label called Cadenza Records, through which he has also shown a talent for supporting up-and-coming artists. Luciano continues to be mentioned among the world's top artists and DJs. His flourishing work brings him to places around the world, including Ibiza, the hotspot of the night-time economy, as well as Berlin, Peru, London, Frankfurt, New York, Miami, Sao Paulo, and our city of Tokyo.

5 minute walk from Shinkiba station, which can be accessed on the JR Keiyo Line, JR Rinkai Line, and Tokyo Metro Yurakucho Line.

Ageha also offers a free shuttle bus from Shibuya to ageHa and back all night.

Find out more about AgeHa Nightclub.

Follow for the latest feature and event updates! Lead Designer and Events Manager at Japantravel.com Have any feature or event requests? Feel free to get in touch at michael.groen@japantravel.com