A spooktacular high tea at the Hotel Century Southern Tower

During the month of October, the Odakyu Hotel Century Southern Tower will be getting into the Halloween spirit with a themed afternoon tea event. The event takes place at the South Lounge on the 20th floor, ensuring some beautiful views out over Tokyo while you dine.

The three-tiered afternoon tea platter will include a range of spooky-looking dishes, such as a raisin mummy bread pudding, goblin bread, a phantom cheese pie, a bat grape jelly, and a jack -o' -lantern tart to name just a handful. Each sitting at the event is for a 90 minute period, and it includes all you can drink coffee and tea.

During the same timeframe as the afternoon tea, the hotel will also be offering a smaller Halloween dessert plate which is priced at ¥ 2000. It includes 5 different bite-sized Halloween sweets, including the almost too-cute-to-eat ghost daifuku. If you're after a way to celebrate the spooky season in style, this event might be just the ticket!

The Hotel Century Southern Tower is located just a minute on foot from Shinjuku Station's A1 exit. The station is served by various lines including the Shonan-Shinjuku Line, the Yamanote Line, and the Tokyo Metro Marunouchi Line.

Alternatively, the venue is around 4 minutes on foot from Yoyogi Station, which is served by the Yamanote Line, the Chūō-Sōbu Line, and the Toei Oedo Line.

For those who opt to drive, on-site parking is available. It's typically charged at a rate of 300 yen for every 30 minutes, but those who dine at the hotel and spend 3000 yen or more receive 3 hours parking for free. 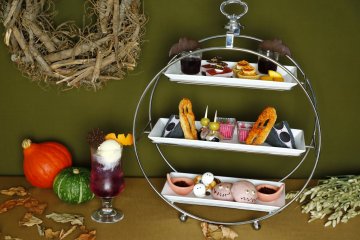 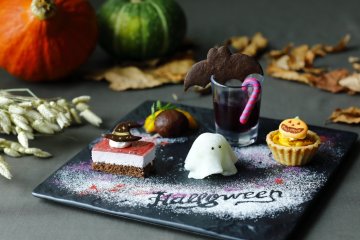