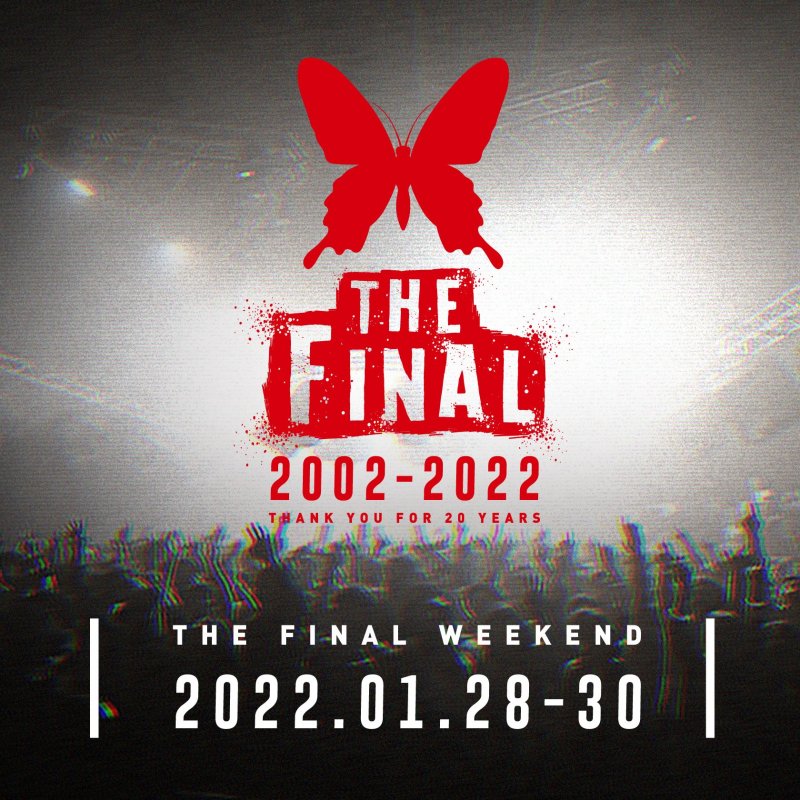 One more party before Tokyo's biggest club closes its doors

After 20 years of holding Tokyo's biggest parties at night, the renowned nightclub ageHa will throw its last party before closing its doors on January 30th. Celebrate "The Final Weekend" with ageHa and its many dance floors for a wonderful weekend not to forget!

Dance your night away in a three-day extravagant party held with many of Japan's young, leading, and famous performers at ageHa's vast space in Shin Kiba while being a part of Japan's nightlife history. Experience the legacy of a club known for holding the biggest parties of Japan featuring the world's biggest artists from a mixture of genres such as Hip Hop, EDM, House, Trance, and many more.

ageHa will kick off the weekend with its final "FEVER" party on Friday night, an event featuring some of ageHa's finest Hip Hop & Reggae. Famous artists such as AK-69, BAD HOP, JP THE WAVY, and Red Eye from the Japanese Hip Hop scene will gather to present live acts at the venue with some of the hottest DJs.

Rave the night on ageHa's "THE FINAL NIGHT" with some of Japan's finest DJs such as YOJI BIOMEHANIKA, TAKKYU ISHINO, KEN ISHII, and REMO-CON at a techno, trance, and hardstyle party.

On its very last day, ageHa presents "THE GRAND FINAL", a daytime event featuring house, disco, and trance music to fans of all ages. A Livestream of the event will also be held for music lovers who cannot participate.

Join the party and be a part of History!

In addition to its final party, ageHa has set up a special history page where you can view a timeline of the club's well celebrated 20-year history of developing Tokyo's nightlife attracting fans from all over Japan and the rest of the world.

All event participants must abide by ageHa's Covid-19 guidelines.

Find out more about AgeHa Nightclub.