One added bonus of holding a JR East Pass is the unlimited access to the limited express lines running between Shinkansen lines and the wonders of Tochigi Prefecture. If you open the reinforced paper cover of your rail pass, you'll see a long and involved explanation of all the services which are at your expense with pass in hand. Number 4 on that list is the use of limited express lines between Utsunomiya and destinations in Tochigi like Kinugawa, Nikko and Kawaji.

Now there may be a reason this connection is only listed in the fine print -- the trains that run to Tochigi from Tokyo and Utsuminoya are largely owned and operated by the private Tobu Railway corporation, but Japan Rail has made a deal with Tobu to run some trains in conjunction, which runs intermittently with the Tobu-only trains. This may sound confusing, and that's because it is.

It took me a good 5 minutes of broken Japanese with the ticket attendant at Kinugawaonsen Station to figure out which train I could take for free with my pass. At first he said I would have to pay a full fare regardless, at which point I clarified to him that the Pass I was showing him was a JR East and not a Rail Pass (this lovely shortcut is unfortunately only covered on the East Pass and not by the more expansive JR Rail Pass). Once he had checked some documents and confirmed I could use my East Pass, he insisted I would still have to pay a surcharge to take the next train, to Asakusa.

Once again, I asked if he was absolutely sure I couldn't get on a train for free, as the inside of my Pass said I should be able to. The next Limited Express Kinugawa, headed for Shinjuku, was being run in conjunction with JR, and could, in fact, be taken by me for free.

The train itself was nice and plush -- with blue felt seats and plenty of legroom. Only 4 or 5 cars long, I worried it might fill up, but it remained nicely empty the whole trip back to Tokyo.

The real treat of the ride however, was the view. Chugging through the forests of Tochigi at a steady pace, passengers are treated to thick pine forests, rushing river rapids and momentous mountains.

If you get a JR East Pass, be sure to take advantage of the fine print for a trip to the relaxing onsen towns of Kinugawa and Kawaji and the hugely important and beautiful Nikko. It may take a little clarification with the Station Attendant, but the result is well worth it, as you can avoid paying surchage fees that might pile up otherwise.

Hey everyone! I'm a current student at Columbia University in New York taking a year off to gain work experience, practice my writing, and do some exploring. I'm currently at the tail end of a three month stint in Japan-- spent mostly in Asakusa, Tokyo. I decided to come to Japan to practi... 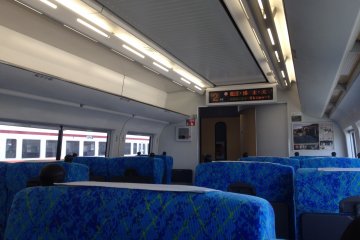 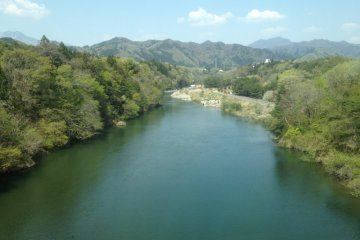 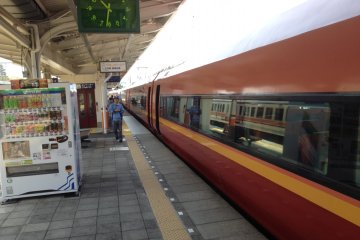 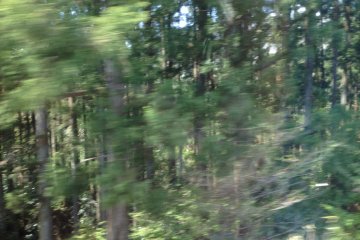