Hikone Castle Tower rises above the trees in the Honmaru (Photo: Bryan Baier)

A beautiful and original Edo-era castle near Kyoto

Hikone Castle, near Lake Biwa in Shiga Prefecture, is one of the 12 remaining original castles in Japan. The castle tower and all of the surrounding walls and turrets are original structures or structures that were refurbished in the Edo-era. Because of this, the castle and it’s grounds have the status of, "National Treasure" and, "Important Cultural Assets." The structure of Hikone Castle was originally located on the summit of Sawayama and was ruled by Mitsunari Ishida. Ishida forfeited the castle to the forces of Ieyasu Tokugawa after his defeat in the battle of Sekigahara. Naomasa Ii, the Tokugawa Allied General who prevailed at the battle of Sekigahara, was appointed the castle's new master. Ii ordered the castle be moved to it's present location in 1601. He died the following year but his son Naotsugu continued with the project, which, even with the full support of the Tokugawa Shogunate, took 20 years to complete.

The expansive grounds of Hikone Castle include the pine tree lined Irohamatsu moat; the Genkyu-en Garden full of flowers, trees, ponds, walking paths, foot bridges and excellent views of Hikone Castle Tower - Genkyu-en is ranked as one of the best gardens in the nation; the Housho-dai Tea Room, where one can experience a Japanese tea ceremony while taking in the beauty of the garden (¥500 for tea and a Japanese sweet); the Tenbin Yagura Turret, one of the final defensive structures before the castle tower, it is accessed by a wooden bridge crossing the rift between two rock walls and is as near as Japan gets to the drawbridges associated with medieval European Castles (it could be demolished in an emergency); and of course Hikone Castle Tower. At only 3-stories in height, Hikone Castle Tower is not very large and it doesn't have any historical artifacts on display inside, but the beautifully gabled construction and views of Lake Biwa and the surrounding mountains make the visit well worth it.

The castle tower, the history museum and the Genkyu-en Garden all have admission fees. There is a universal pass that covers all 3, or a pass which covers your choice of 2. A long line at the history museum (and the historical nature of the whole compound) dissuaded me from visiting the museum so I visited the garden and the castle tower. Hikone Castle is a 5 minute walk from JR Hikone Station. A rapid local train from Kyoto will put you in Hikone in about 50 minutes at ¥1110 each way. So what are you waiting for? Get your castle fix! 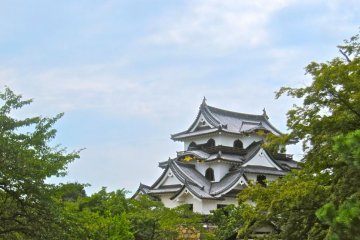 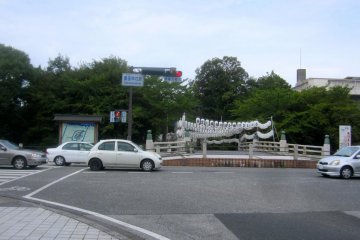 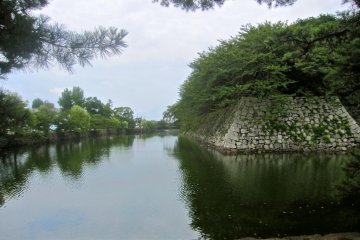 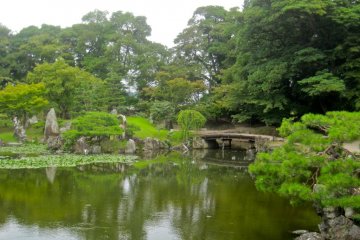 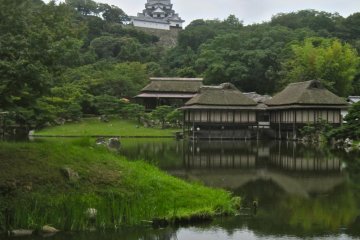 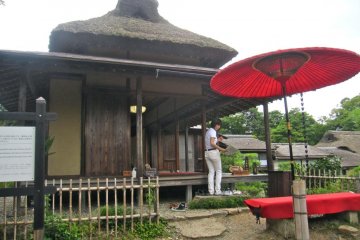 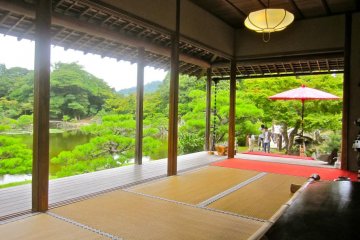 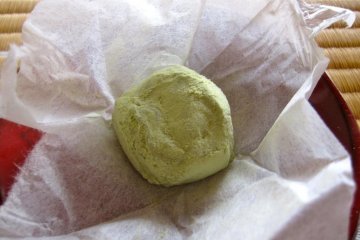 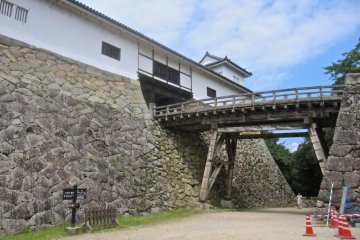 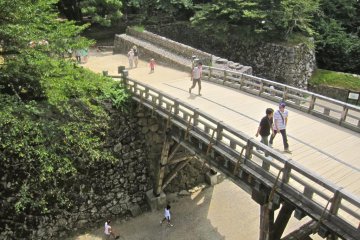 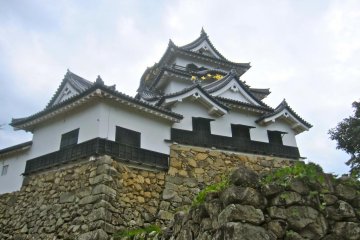 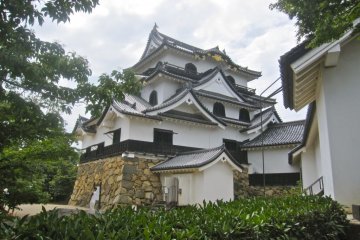