I believed I can, and so I gave it my all. For people of every generation, there is no greater motivation of achieving your goals than believing you can, and no greater destroyer of dreams than convincing yourself that you can’t.

Rina had her doubts. Could she say goodbye to her life and set sail for Okinawa, far from the security of a guaranteed job in Tokyo?

Likewise, Tomoaki had a career with international postings, but he gave it all up to create the Taste of Okinawa cooking studio. With no money or experience, it seemed impossible, but his belief and the kindness of strangers and friends gave oxygen to his dream.

Tomoaki dreamt of a better future for Okinawa, one that will overflow to the world, through its wellness and food culture. In the kinaesthetic act of noodle dough making, we connect with our roots. Our wish is for everyone to be healthy, but it is easy to eat without thinking, whether it is fast food or even Okinawa soba. We struggle to understand our relationship between the blessings of the earth and our health. The sustainability of our planet depends on the way we treat each other.

In Okinawa, food and exercise are medicine for the body, just as awamori and lifelong friendships are elixir for the soul.

Okinawa Soba – a tribute to the past

The first stop for this paddock to plate experience is the iconic Makishi Markets. Fondly known as the Kitchen of Okinawa, its narrow alleyways are the setting for a rendezvous with vendors who have sourced the best pork belly. Glistening below the lamp stands are specimens from Denmark and Okinawa, the latter on Rina's inspection is fatter, sweeter and softer. Her deft navigation through this Aladdin’s cave saves the day, and from that moment I knew that we were in safe hands, buying the very best ingredients in the market that we will cook in the cooking class.

Whilst the hero ingredient brought gravitas to the Okinawa Soba, it was the hand-made noodles that had me mesmerized. Cutting each noodle from the dough with a metronome like rhythm took me to simpler time, lulled by the soulful melody of sanshin ballads.

Festivity and Food – inspired by Obon

As we approached the festive month of Obon, Rina remembered what drew her to cooking. “My grandma was very good at festival food, she cooked for everyone.” Just like my grandmother, she ruled the kitchen and cooked for her extended family until late in life. Her inspiration had sown seeds in Rina, ones that did not blossom until she started cooking for her children. Of course, she also learnt through professional chefs, but then discovered she had something special from within, from the wisdom of her grandmother.

What stuck in Rina's mind was how immersed her grandmother was when she was cooking for a festival like Obon. It was like the anticipation, the cauldron of aroma and flavours in the kitchen, that was as exciting as the festival itself. Like a pilgrimage, the days of preparation prepares your heart and mind for the main event. It is like with every tear of the green onion, every release of aroma from the stirring of hot bonito stock, was part of telling your senses that Obon is coming.

Maybe Rina is cooking for us today, in honour of her grandmother.

The origins of Obon are found on the Silk Road. Intrepid caravans from Samarkand and India lumbered their way to the East, bringing with them philosophies of life and death. First celebrated in 657, Obon is derived from a Persian word used by Zoroastrians to describe the elements that connected life and death. Through the maritime Silk Road, these ideas merged with Buddhism, resulting in something that is uniquely Japanese.

Obon is a thanksgiving for our ancestors, those who took their steps on earth before us. It takes on its own rhythm in Okinawa, with the mystical sounds of Eisa bringing the dead to life, if not literally, but in the hearts and souls of those still alive. If you have only one special meal in a year, it would be pork belly, much like the tale of the Prodigal Son, where the father dedicated the best lamb for the son that was once thought to have died, but now was reunited with his family.

As the Okinawans look back throughout the centuries, they play tribute to the Fujian administrators sent to the Ryukyu court in the 14th century, bringing culinary traditions like pork and noodles and the inspiration for Okinawa soba. The first kanji in the word family 家族 literally means a pig under shelter, one that is traditionally eaten on special occasions, like weddings and festivals.

Buffaloes on the other hand, were workhorses rather than a source of food, showing how deep-rooted pork is compared to beef in Okinawan cuisine.

Who were these administrators from Fujian province? Home to Fuzhou and Quanzhou, the latter previously known as Zayton زيتون or the city of olives, was the preeminent trading port of ideas for Venetian, Persian, and Ryukyu merchants in the thirteenth century. Imagine the successors of Sinbad meeting Marco Polo, and a cornucopia of traditions making its way to Okinawa, where it has been interplayed with indigenous beliefs, such as that of Hinukan.

On the 15th of the month, grandma would come to the altar, pleading; “Dear Hinukan, be kind to our family. Here are some rice and spirits.”

I may not have met Hinukan before, but seeing the glow on the faces at the fish markets, and the life of Rina transformed through the passing of these century old recipes, it is our prayer that their legacy will shine bright for future generations. Like their ancestors who first brought wakame and sweet potato, it is as if they knew what was good for us, long before scientists discovered that the five varieties of sweet potatoes had more cancer and heart saving polyphenols than red wine.

Jushi – secrets from the Royal Court

Okinawan cuisine uses less refined rice than the rest of Japan, substituting it for noodles and sweet potatoes for rice. The one concession is Jushi, which had its origins the royal court in the 15th century, giving us a peek into medieval cuisine. For three centuries royal servants kept alive the secret recipe for Jushi, one that was unveiled to the public three centuries later. Its enduring popularity are due to its combination of tastes, with rice seasoned with bonito stock and chicken, as well as pork stock and shitake mushroom giving it additional Unami. It is now a custom to eat Jushi with your ancestors on the first day of Obon, with the idea that even if you are grieving, never forget your gratitude by treating everyone with Jushi.

Mozuku - legacy for the future

Mozuku is a superfood unique to Okinawa. Rich in fucoidan, this seaweed cleanses the intestines and enhances immunity. Today Rina pairs this seaweed with a sweet vinegar sauce, making it a quenching side dish.

You may find it hard to live well, but now you can. 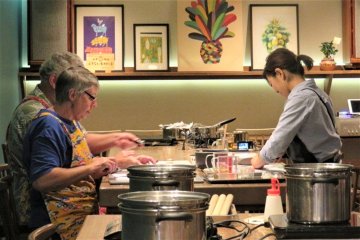 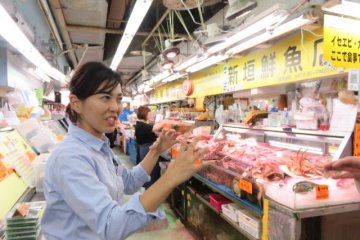 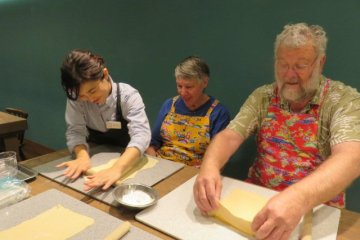 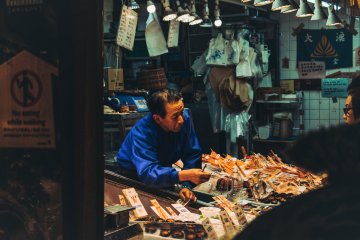 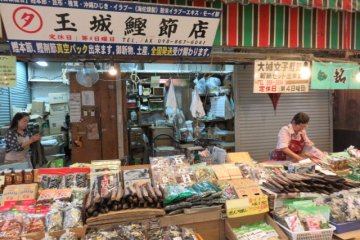 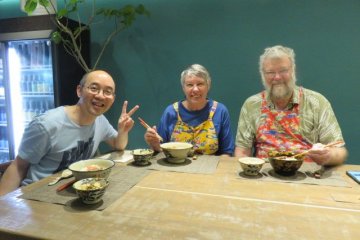 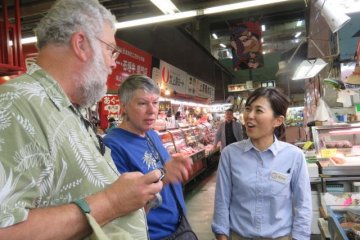 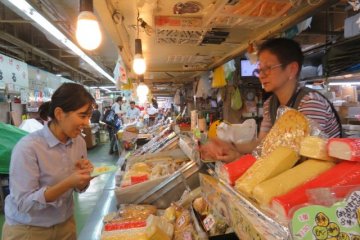 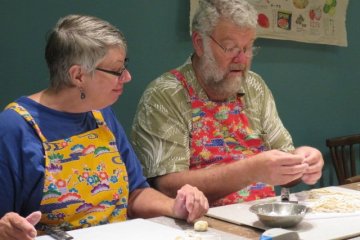