The center of Kurashiki’s cultural area

Kurashiki Honmachi is the center of Kurashiki’s cultural area. It intersects with the historically preserved Bikan area. Here the streets and storefronts are maintained to reflect old Japan through strict city ordinances that require owners to maintain the traditional structures in the area.

Much of Kurashiki and the Bikan area as we see it today is the result of massive land reclamations that took place during the Edo period (1603-1868). Honmachi is one of those places where you walk around and imagine where the water might have been. Here you will discover quaint souvenir shops with unique gifts from the area and you will find coffee shops, cafes, sake makers and guest houses.

I live in Okayama City, which is only about twenty kilometers away, but I decided to take my family to Kurashiki and stay for the night. I had been there doing the usual sightseeing during the day but I’d never experienced the area at night. Cities often have dual personalities and I wondered if Kurashiki was the same. We got there around 8 o’clock so it was fully dark and the first thing I noticed was that at night Honmachi is less about tourism and more about nightlife. Most of the usual tourist areas are closed but the restaurants and bars are open.

Young people vie for position to attract interest in their fashionable clothing and automobiles. Business people check into their hotels and locals go to their favorite restaurants. I could hear young exchange students in large groups speaking Korean. I tried to soak up as much of the city’s flavor as I could.

It was so busy that finding a hotel that could accommodate a large family without a reservation proved difficult. Finally we got two rooms in a mid-level hotel a few steps from the main road that runs down to Kurashiki Station.

I was surprised as we went out for a snack, walking in the direction of the station, that there was no shortage of streetwalkers and hawkers calling out to passersby on the street. Suddenly a young woman yells something about an SM bar she was going to. All of this crammed together in this one small historical area. 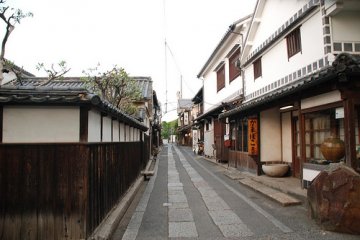 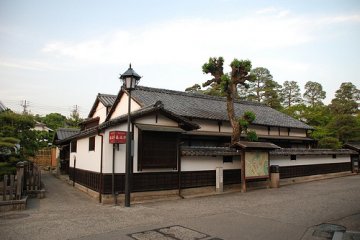 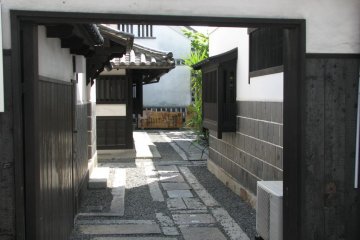