The Travel Shrine of Sendai

A 1,000 year history of changing names and purposes

In the southern suburb of Wakabayashi in Sendai City, steps away from the busy Hirose Bridge, the humble Tabidachi Inari Shrine (旅立稲荷神社) rests quietly behind the bank of the Hirose River. While there’s nothing spectacular to see or do here, the shrine’s colorful story, location and purpose make it an important part of Sendai’s history. Furthermore, with its connection to samurai and traveling--two of my favorite things--I couldn’t resist a visit to learn more.

Tabidachi Inari Shrine is said to have been founded during the Eiho period (1081-1084) ruled by Emperor Shirakawa, and was first named “Inari-daimyojin Shrine” after the spirit of Fushimi Inari Shrine in Yamashiro Province (the southern area of modern Kyoto Prefecture). Inari shrines make up about one-third of all shrines in Japan. They are distinguished by their red torii entrance gates or statues of foxes, messengers of the Inari deity. However, the name of the shrine was changed in 1781 to Ukemochi Shrine, its principle deity of the same name being the Shinto goddess of food. Around this time, colder weather spawned multi-year crop failures across the Tohoku region, the “rice basket” of Japan. The over reliance on rice and poor administration from the central government lead to thousands dying during the Tenmei Famine (1782-1788). The situation became so bad that apparently Shinto deities were called in to listen to prayers and consultation. Finally, the shrine changed names one last time in 1959 to “Tabidachi Inari Shrine” to reflect a historic episode happening hundreds of years earlier.

The road passing through the still-standing warehouses of the Kawaramachi neighborhood and across the Hirose Bridge was used for “Sankin-Kotai”, a system of alternate procession that samurai clan leaders and their hundreds of soldiers and attendants partook in their march down to Edo (modern day Tokyo) every other year. Those traversing the road and the modern street built atop of it can even see the tori gates of Tabidachi Inari Shrine peeking above the northern river bank when crossing the bridge. It is said Sendai City founder Date Masamune (1567-1636) would stop at this shrine to pray for a safe journey to Edo and back. Other feudal lords passing through begin to also pray for safe travel. That is why the shrine came to be called the “Travel Departure” Inari Shrine (though Ukemochi is still the principle deity). Even today, those preparing for an important trip in Japan or overseas will pray here for a safe journey. Along the same thinking, the shrine is also recognized as a place to pray for traffic safety, a common “insurance” custom of first-time drivers.

Most visitors will spend just 5-10 minutes at Tabidachi Inari Shrine. You’ll find all your typical shrine features. There are multiple torii gate shrines. Smaller-than-usual “puppy-sized” koinu lion-dog statues guarding the shrine, a place to spiritually rinse your hands, and a bunch of stone historical markers. There are unfortunately no fun travel charm souvenirs for sale, nor restrooms or benches. However, the location borders a walking path along the picturesque Hirose River, and a subway station is nearby. Thus, the shrine works well for its purpose as a “prayer pit stop”, allowing it to be easily combined into a walking or cycling tour of the area. 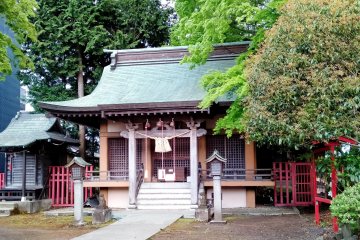 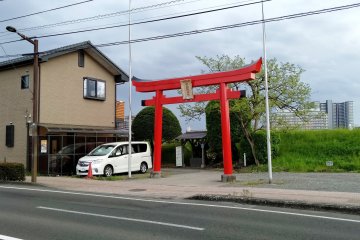 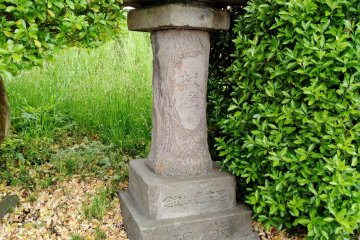 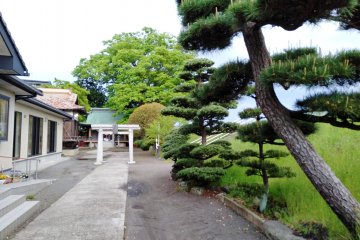 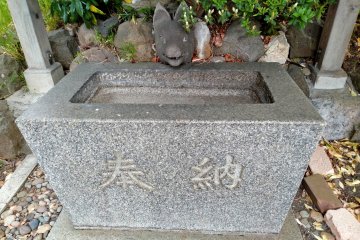 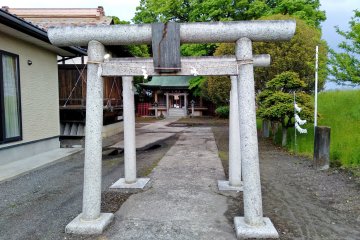 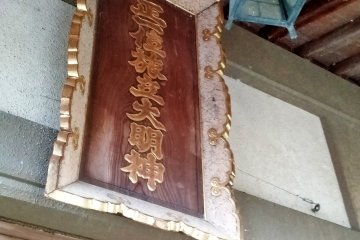 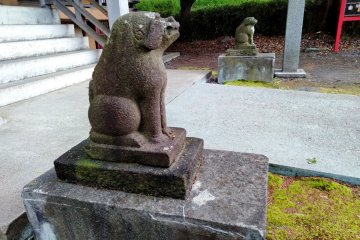 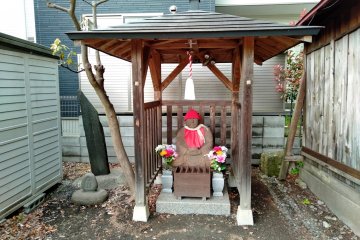 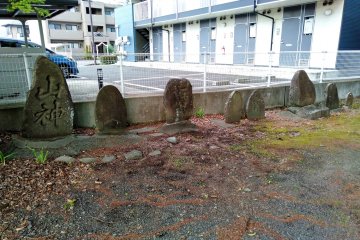 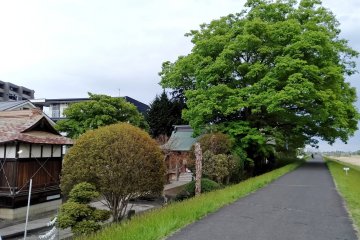 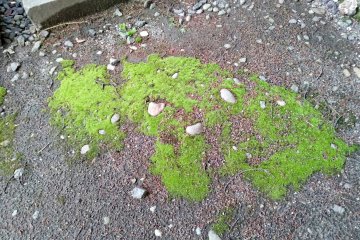