Recently I have been interested in Japan’s old bridges. Bridges spanning rivers, moats, or canyons most obviously connect two locations for the purpose of moving goods and people. However, bridges also become focal points for town development, traffic flow, or military defense. Overshadowed by spiritual temples and shrines, or more aesthetically-pleasing historic buildings, the importance of bridges is often taken for granted. I encourage you to look into the history of an old bridge in your part of Japan. Why was it made? Who used it? Why was it built there? You may find out more than you first imagine. That was the case when I researched Hirose Bridge in Sendai, Miyagi Prefecture.

The Hirose Bridge, originally called “Nagamachi Bridge”, was built as Sendai City’s second major bridge in 1608. This is just a few years after the completion of Ohashi Bridge, spanning the same Hirose River further upstream at the base of the Site of Sendai Castle. Like all major constructions in the city at the time, it was commissioned by feudal lord and city founder Date Masamune. Hirose Bridge connects the neighborhood of Kawaramachi on the castle town side of Sendai to the southern suburb of Nagamachi. It was built out of necessity as Masamune had just founded Sendai in 1601, and much of the city was still being made and expanding.

Merchants, travelers, and townspeople would use the bridge, but so too would processions of samurai marching to Edo during the days of alternate procession. Sendai’s army walked 10 days to reach Masamune’s Edo (Tokyo) residence in the present-day Hibiya Park. There were 5 ancient highways connecting Japan to the capital in today's Tokyo. The road winding through the Tohoku region is called the “Oshu Kaido”. Along the portion of the Oshu Kaido between the center of Sendai where the castle was located to Tokyo are 86 “post station” inns where travelers would rest, exchange information, and resupply. Nagamachi post station was the first south of Sendai, located right at the Nagamachi side bridge entrance.

If you visit the Nagamachi side of the bridge, on the upstream side, there is a peculiar miniature shrine with an unexpected dark history. Hashihimemyo Shrine is actually a memorial for someone that passed away during one of the bridge’s early construction efforts. A memorial dated 1823 records a past story of the Hirose River raging even days after heavy rains. Attempt after attempt, engineers tried to drive the bridge columns into the ground, but they would not stick or washed away. It was concluded that the water god was angry and that a human sacrifice was needed to calm the spirit! This was news to me, and I study history and give tours. Although rare, it seems during the 1600-1700s, there were some cases of human sacrifices (人柱 hitobashira, literally “human pillar”) around the country to quell the forces of nature/anger of the gods. I imagine this is one of those instances of Japanese history that the country prefer not to advertise, such as the use slaves or Japanese pirates generations ago. I am not sure if this story of human sacrifice is true or not, but in either case, it is gruesome to imagine. Let me help paint a picture.

It was determined a sacrifice was needed for the bridge, and given the level of wrath of the water god, it would have to be someone precious to the community. The local daughter of the village chief in the area volunteered herself. She fasts and meditates at the Jozoen Kannon Hall, one of Sendai’s 33 Kannon Temples, now located right across the street from the memorial. She is placed into a wooden coffin, and it is nailed shut, and she is buried—alive! Priests chant prayers for a long time, maybe hours, possibly days. Then the river finally resides to a normal level and the Hirose Bridge can be built.

Over the years, there have been many versions of Hirose Bridge. In 1909, the bridge was rebuilt as “Japan's first reinforced concrete girder-type bridge”. The bridge was upgraded to accommodate large motor vehicles. The current bridge is from 1959. The steel girder bridge is 127 meters long and 22 meters wide, and is built for purpose, not beauty. Around the turn of millennium, the sturdy but not so attractive bridge was given a makeover. Now there are semi-circle balconies hanging from the bridge sidewalks. These are nice to stand at and gaze over the river.

While the Hirose Bridge doesn’t make any must-see list, I would recommend the area of Kawaramachi and Nagamachi for travelers with a slow-paced schedule or a repeat visitor looking to explore the Sendai suburbs. There are historic shops and charming cafes. You can walk or rent a bike to enjoy the scenic river. Also, the area directly upstream of Hirose River is a well-known birdwatching location. Swans can be seen during their winter migration, while warmer months could offer sightings of hawks, Kingfishers, or cranes. However, on my cloudy March visit, I had just missed the swans by a few weeks and was only able to see pigeons, sparrows, and ducks.

Bonus Trivia: The Hirose Bridge also features in the 1964 film ‘Intentions For Murder’ (original title 赤い殺意) by Imamura Shōhei, which was set in Sendai. 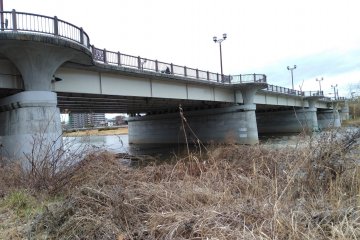 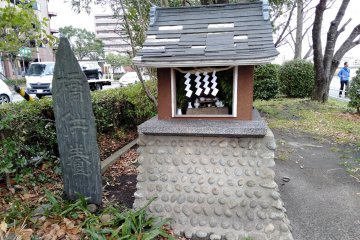 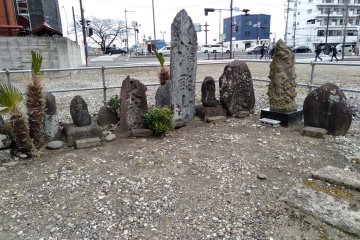 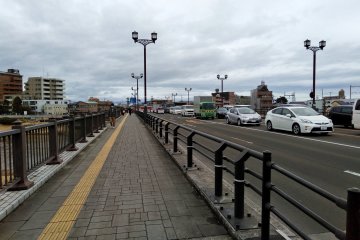 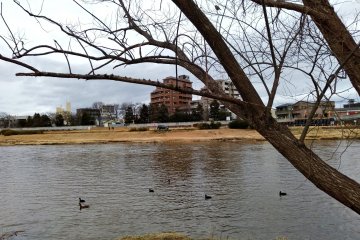 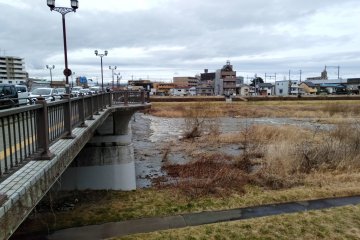 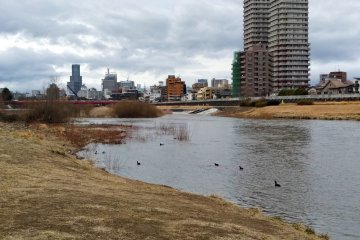 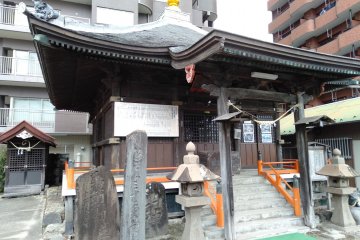