Taste the difference of fresh seafood

Everybody knows the Tsukiji fish market in Tokyo. However, relatively few know about Tohoku's major fishing industry based in Shiogama. I'm talking about the Shiogama Seafood Wholesale Market. They sell fresh fish, processed marine products, and salted and dried seafood just as in the Tsukiji fish market, but on a smaller and less chaotic scale.

The Shiogama Seafood Wholesale Market is compact and has a friendly atmosphere. Here you can see unique fish from "Sanriku-oki", the northern part of the Pacific Ocean. Of course, restaurants and locals also shop here to prepare daily meals. Despite the "wholesale" market name, it is open to the public. About 140 seafood stalls sell all kinds of seafood. If you particularly like tuna, it is a must-visit place because there 20 stalls specializing in tuna. The shops are so generous to customers, letting them taste different types of tuna, such as naturally grown tuna, tuna from Aomori, and cultured tuna. It seems that the shop owners enjoy giving lectures about tuna.

Our family always went and bought a block of tuna every time we celebrated my father's birthday and on special occasions like festivals or the completion of a new house. You may think that sea bream should be served on special occasions, because the word tai from the word medetai means "happy" or "auspicious." But sea bream was seldom served at my home, and I had never eaten sashimi of sea bream until I moved to Kobe, in the southern part of Japan. After moving there, I realized the fact that people in the Kansai area, Osaka and Kyoto, prefer white meat fish such as sea bream to red meat fish. In addition, they say "otsukuri" rather than "osashimi," the word used in Tokyo and Tohoku. I don't know exactly why there is a difference, but it seems to me that every region has its own local food and own culture, and those elements create differences among them.

Tuna is a very common food for those who live in nearby Sendai City like me. Red meat tuna in Miyagi Prefecture is specialty, I think. Bigeye tuna, which is branded as "higashimono," is sold for a limited period, from October to December. In the Shiogama Seafood Wholesale Market, you can savor other kinds of fish as well. The shop staff members are so kind that they will slice the fish according to your request. For example, they will slice it specially for "kaisen-don," a seafood bowl, when you ask them. The best part of the market is that you can create our own kaisen-don! Purchase the bowl of rice for 300 yen then take it around to vendors to purchase your toppings. Sea-urchin only? Tuna and scallops? It's your choice! If raw fish is not your thing, there are grills to barbecue your food without even having to leave the market!

The Japanese archipelago is long and surrounded by the sea. The kind of seafood you can find varies according to region. Food is said to represent culture. Why don't you savor the Tohoku taste and culture through seafood at the Shiogama Seafood Wholesale Market? 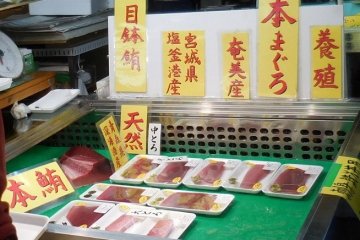 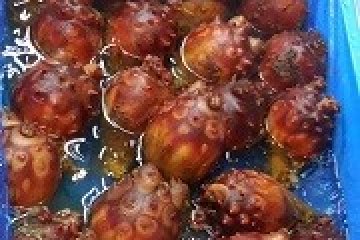 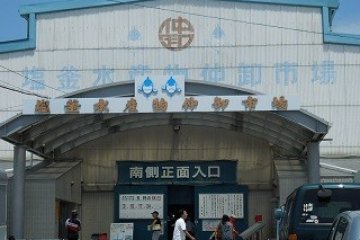