10 activities for any budget

Do you like free? Of course, we all do. Do you like Sendai, the largest city in the Tohoku region? Not sure yet? Let me help you with that—no charge. Here are the top ten free activities to do in the city.

Quench your thirst at Kirin Beer Factory or Nikka Whisky Distillery. Both venues offer free shuttle service from the nearest train station, a free tour (in Japanese, English pamphlets), and a sampling session afterwards. Soft drinks are also available. Each location is about a 45min trip from Sendai City Center, in opposite directions.

Walk among the ruins where Sendai got its start. Man-made and natural disasters over the centuries left little more than remains. Today you will find a reconstructed watchtower, shrine, restaurants, admission fee museum, gift shops, and a very cool statue of local samurai lord Date Masamune. Do come for the amazing panoramic view of the city. And if you are lucky, you can meet members of the Sendai Bushotai, samurai era historical impersonators that freely entertain and offer guiding services. Direct access via Loople Sendai sightseeing bus, or 15 minute walk uphill from the Kokusai (International) Center subway station. Accessible 24 hours day or night.

While buying anything is sure to cost money, seeing what is for sale is an experience in itself. Sendai boasts an abundance of department stores and shops in and around Sendai Station, plus a marathon distance of shopping arcades creating an artery throughout all of downtown. Seeing the latestJapanese fashion, admiring Japanese traditional crafts, or being amazed by the latest electronics can all be done for free. Famous high quality brands rub shoulders with mom-and-pop stores in the side streets. Do also consider browsing the daily farmers market Asaichi to inspect local fruits, vegetables, and the occasional alien-looking marine products.

Thanks to a successful “City of Sculptures” campaign launched many years ago, sculptures can be found everywhere from parks to side streets, to lounging inside public buildings. Most famous is “Dreams of Summer” located on Jozenji-dori Avenue. It was created by Italian artist Emilio Greco. The largest statue in the city is the 100 meter (330 feet) Daikannon. Also, note the front patio and back garden of the Miyagi Museum of Art contains many interesting sculptures as well.

Every city and small town in Japan has shrines and temples, and Sendai is no exception. There is a concentration of many large temples to the east side of Sendai Station in an area called Shintera. Also, a long, narrow road stretching out from Kitasendai Station (train or subway) cuts through the Kitayama area. You can find Aoba Shrine where the local 2-day Aoba Festival begins, and Rinno-ji Temple with its peaceful setting, backyard graveyards, interesting architecture, and resident pet donkeys. Rinno-ji Temple’s Japanese garden is a separate fee, but each Saturday evening they offer free Zen meditation sessions. The city’s most famous shrine, Osaki Hachiman-gu, is in a separate area.

There are three must visit observation points to truly appreciate the city. First is the already mentioned Sendai Castle Site. Next is the SS30 Building Observation Deck, an 8 minute walk from Sendai Station (open until 11pm). The night view of glowing broadcast towers and city lights is particularly romantic (so you might be sharing the view with high schoolers snuggling on the corner benches). Lastly is the AER Building located next to Sendai Station. Make your way to the elevators that go to the 31st floor for the two observation decks (open until 8pm). A clear daytime view shows the mountains on the west deck and the sea from the east. See if you can spot Tohoku’s tallest building Trust City Tower (Westin Hotel), the Rakuten Eagles’ baseball stadium, or a super-fast shinkansen train taking off towards Akita or Aomori. In my own personal opinion, I think the best view here is actually from the window near the elevators!

Vacation doesn’t only mean relaxation. It is an opportunity to learn about local culture and history. The following are all within a 30 minute walk from Sendai Station, but there are of course bus and taxi options should you like.

The city’s most celebrated literary figure, Doi Bansui, had his old house become the first stop of the Loople Sendai sightseeing bus route. A 15 minute walk away is Tachimachi Elementary School where he studied. It is still used as a school today, yet visitors can walk right up to the office during school hours and ask to see a museum room with some of his personal items and plenty of background information.

History lovers should check out two university museums. First is the Historical Archives Museum at the Katahira campus of Tohoku University. The larger-than-expected museum does an excellent job highlighting academic, social, and student life issues through its history as the fourth imperial university built in Japan. Equally interesting, and a ten minute walk from Katahira campus, is Tohoku Gakuin University. The Christian university has the first Protestant church built in Japan. The museum in the basement of the historic church highlights the history of the unique Christian school in relation to struggles and successes of Christianity in this part of Japan. Both museums have primarily Japanese explanations but a number of artifacts to view. Both open only weekdays until 5pm.

The Mediatheque is famous for its glass architecture and minimal support design, both inside and out. Also there are often free art exhibitions on the upper floors. If all else fails, it features the city’s largest public library.

Lastly the Koryu (Exchange) Corner inside the Sendai International Center is your information or lounging hotspot. Free tourism information (English, Korean, and Chinese speaking staff), a library, huge magazine and newspapers shelf in multiple languages, and lounge area with free unlimited Wi-Fi (and food and drinks are allowed) is too good to pass up. You may also have a chance to make a friend at one of the many community events.

The compact city is only a quick 30-45 minute train, car, or bus ride to the mountains, sea, or farmlands. The active traveler can try surfing on the coastline in Gamo or skiing at the Spring Valley resort at Mt. Izumikatake. Others may prefer hiking or cycling around the mountains of Akiu and Sakunami and finishing off with a dip in a hot spring. However, you don’t even need to leave the city center to experience natural (and free) beauty. How about a stroll along Jozenji-dori, lined with over a hundred towering Zelkova trees? Perhaps trying your luck fishing or exploring along the Hirose River is more your taste. The plant fanatic is encouraged to visit the miniature “glacial forest” in front of the Tomizawa Site Museum. Mid to late April brings an explosion of cherry blossoms, best viewed at Nishikoen Park or Tsutsujigaoka Park.

Planning your trip around a major festival means you have built-in entertainment as you explore the rest of the city and region. Some of the more popular events in Sendai include the Jozenji-dori Street Jazz Festival in mid-September, Tanbata from August 6th-8th, and the Pageant of Starlight throughout the latter half of December.

10. People and Neon in Kokubuncho

What kind of people gather around 3000 bars, restaurants, and classy to shady lounges? Wouldn’t you like to know? Welcome to Sendai’s adult amusement park: Kokubuncho. While this entertainment district is no Las Vegas, the things you can see here could be just as memorable. Sharply dressed business people, rowdy yet peaceful students in herds of up to twenty at a time, and sexy women workers in revealing clothes are among the masses of friends, couples, and late-night party seekers traversing the streets. Neon signs, sounds of drunken laughter, enticing smells of grilled meat, or the occasional fresh and alive seafood on display add to the unique atmosphere. While the area is generally safe for all, it is still advised to not drink too much, ignore opportunistic street sellers, and use the well-lit main streets.

Have a little money to spend or looking for even more ideas in Sendai? Check out Top 10 Things to Do in Sendai. 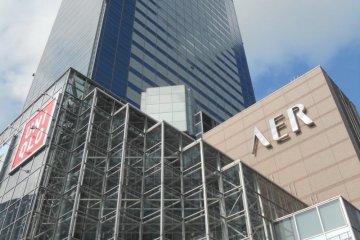 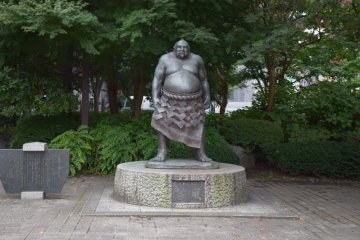 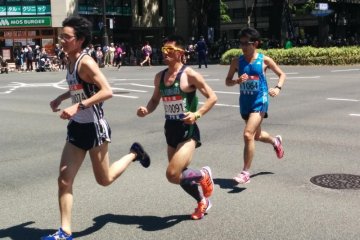 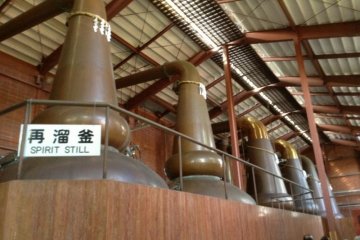 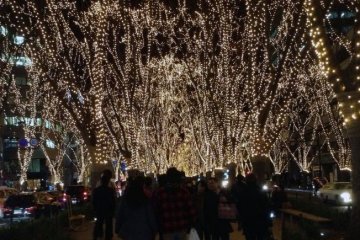 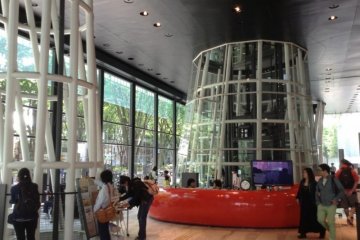