The backside of the temple gate (Photo: Justin Velgus)

Most non-Japanese visitors who visit Shiroishi City in southern Miyagi Prefecture go straight to Fox Village. Unique not only to Japan but around the entire globe, the must-see-to-believe mysterious mountain theme park is populated by foxes instead of people! History and samurai fans, however, explore the central area in front of JR Shiroishi on foot with the main objective being Shiroishi Castle. I was wondering what else there is to do in the city, then I decided to seek out three temples I had researched online. All the temples are located near each other with the closest temple (Hougensan Seirin-ji) less than a 10-minute walk from the castle. I thought it would be fun to introduce them in a mini-series.

Jorin-ji Temple was founded in 1325 by Shonin Ankoku, the fifth generation priest from Shojoko-ji Temple (also called Yugyo-ji Temple) in Fujisawa, Kanagawa Prefecture. The building is obviously a newer version but does contain a four-century-old statue of Amida Budda as its principal object of worship.

You can’t miss the temple because of its signature two-story vermillion-roofed temple gate, but it is actually a special cherry tree that draws in visitors from far and wide. The 5-meter high tree standing tall near the entrance is green most of the year but changes to vivid pink and white blossoms around mid-April. The specifically named “Edohigan-Sakura” is said to be the first cherry tree in all of Miyagi to blossom each year. It was simply green during my late autumn visit, so I was more delighted with the temple precinct’s unexpected palm trees.

The one attraction you can see all year is the “Time Drum”. This ancient drum was used centuries ago at Shiroishi Castle to inform townspeople what time of day it was. It is said that the drum was beat every 2 hours by measuring the passing time with burning incense sticks. The drum was relocated to the temple and actually hangs from the ceiling inside one of the corners of the main worship hall. Make sure to take off your shoes when you enter and ask before taking any photos. I thought it was fitting that the Ji sect temple be the keeper of the drum since the kanji characters literally translate as “time religion” (時宗). However, it seems the characters trace back to a different meaning with a goal for all those of “the times” to have a superior mind.

Most visitors will probably only spend 15 minutes at the temple, but its peaceful precincts and location away from the main attractions do create a special feeling for those looking to explore more of Shiroishi and connect with its deep history. 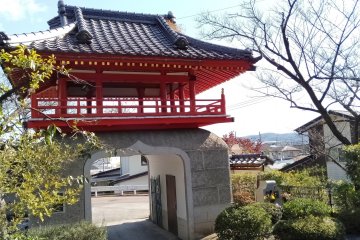 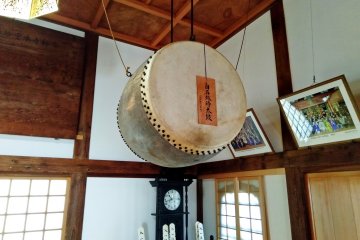 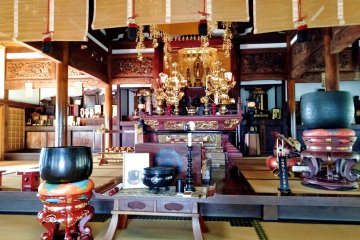 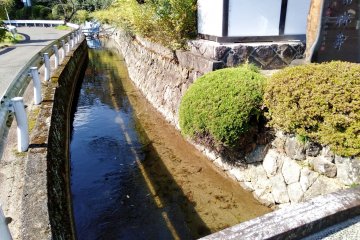 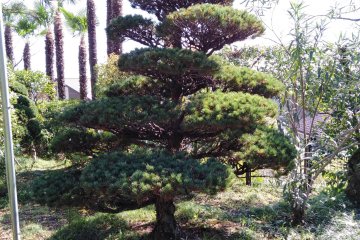 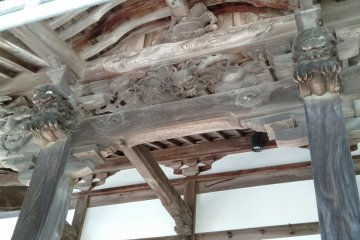 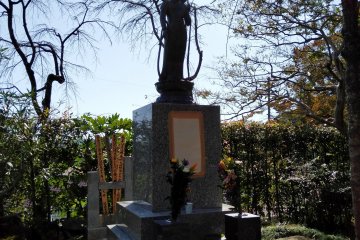 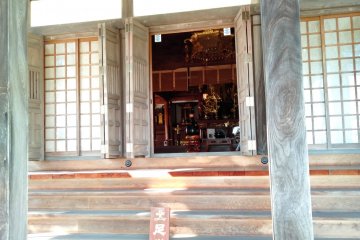 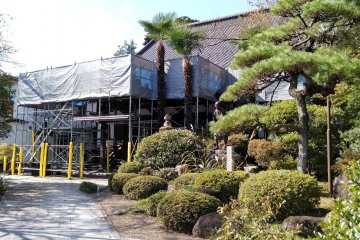 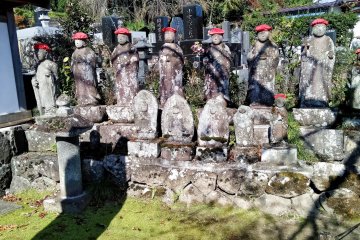 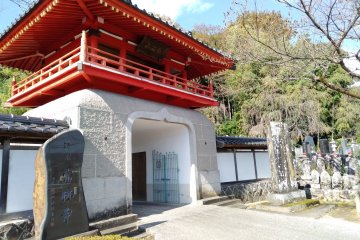