A statue of Katakura sits proudly in front of the temple (Photo: Justin Velgus)

Most non-Japanese visitors who visit Shiroishi City in southern Miyagi Prefecture go straight to Fox Village. Unique not only to Japan but around the entire globe, the must-see-to-believe mysterious mountain theme park is populated by foxes instead of people! History and samurai fans, however, explore the central area in front of JR Shiroishi on foot with the main objective being Shiroishi Castle. I was wondering what else there is to do in the city, then I decided to seek out three temples I had researched online. All the temples are located near each other with the closest temple (Hougensan Seirin-ji) less than a 10-minute walk from the castle. I thought it would be fun to introduce them in a mini-series.

Joeizan Kessan-ji Temple is the most visually exciting of this three temple series, with plenty to see and discover around the spacious precincts and backyard hillside cemetery.

The temple was built in 1608 by the first generation Katakura Kagetsuna (1557-1615), more commonly known as Katakura Kujuro. Tenshin Chikan, an 11th generation priest from Myoshin-ji Temple in Kyoto, also helped to found the temple. Kujuro was a mentor and general for Date Masamune, founder of Sendai City and the region’s most powerful warlord. The Katakura clan managed Shiroishi Castle, defending the Date clan’s stronghold of Sendai against any attackers coming from the south. A statue of Kujuro welcomes visitors to the temple.

The main temple is fit as a samurai clan temple. It is large and impressive which you can see at a distance but feel when looking up to the gabled roof and outside temple awnings. Take a close look near the front entrance. Intricated wood carvings and metalwork feature legendary beasts such as kirin (a hooved chimerical creature that appears when a great ruler arrives or passes) and baku (a creature that feeds on bad dreams, recognized by its elephant’s head, tusk, and trunk, as well as also tiger claws). Besides the temple, respectfully hiking through the backyard hillside cemetery is also a must.

When facing the main temple entrance, turn left and follow the path into the cemetery. Take the first right and keep going up, up, up to the forest path. There are many graves here inside the peaceful forest, which is unique for most cemeteries in Japan. Walk until you find an ancient stone path leading up to a towering cedar stretching towards the heavens. This tree marks the final resting place of Katakura Kujuro. A stone historical marker and information panel in Japanese help you locate the spot, which would be hard otherwise. In fact, this was intentional.

The third generation Kakegane Katakura moved the family tombs of Katakura members to Mt. Atagoyama, another location in Shiroishi. More importantly, the grave of Katakura Kujuro was only marked by a cedar tree as to avoid detection by enemies. Now that cedar stretches into the heavens after growing for over four centuries.

Another grave worth visiting is that of Tanikaze Kajinosuke (1750-1795). Tanikaze was the first sumo wrestler to be awarded the title of yokuzuna (grand champion) in his lifetime. If you visit his birthplace of Sendai, you can see a statue of him inside Kotodai-koen Park. His grave is difficult to track down to easily missed signs in Japanese. Keep a lookout for his name in kanji characters 谷風梶之助.

Joeizan Kessan-ji Temple is a great compliment to Shiorishi Castle. Access via a leisurely hike between the three temples in this series, 20-minute walk from Shiroishi Station, or rent a bicycle from JR Shiroishi Station, the Shiroishi-Zao shinkansen station, or at the castle museum. 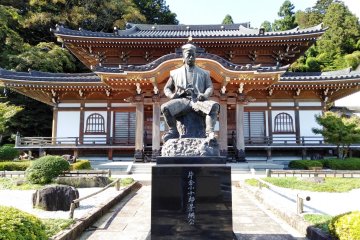 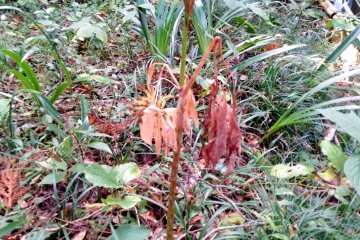 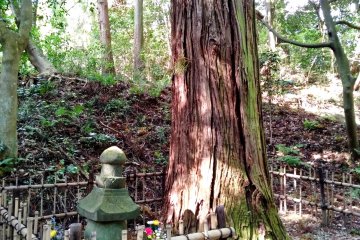 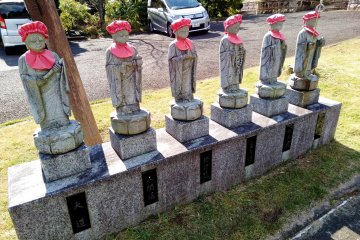 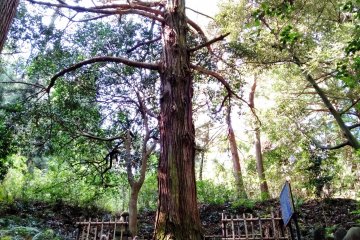 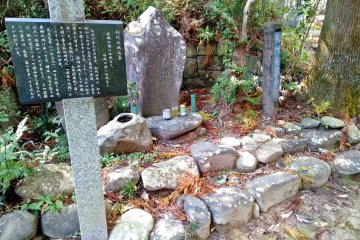 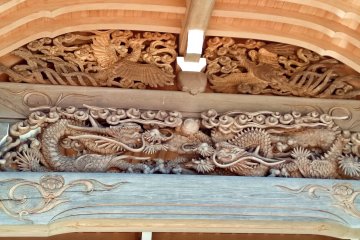 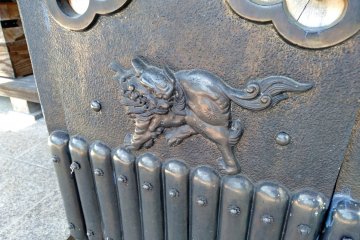 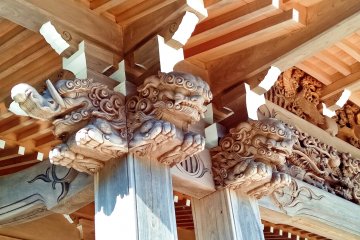