The Iwasaki Museum in Yokohama’s Yamate district stands on land that used to be known as the Gaiety Theater in 1866.

Origin of the Theater

A successful Dutch merchant, MJB Noordhoek Hegt, built a public hall behind his office at Yokohama Settlement 68 in 1866. Since the foreign settlement was kept apart from other areas, and because the residents were always in danger of exclusionist attacks, people needed some form of entertainment. The residents organized the Amateur Dramatic Club (ADC) and rented Hegt’s hall. But it wasn’t big enough for the quickly growing audience, and so a new theater was built at Yamate 256 in 1885.

Marinus Johannes Benjamin Noordhoek Hegt was born in Delden, Holland in 1821. Following a family tradition, he became a sailor. In 1852, when he was 30, he became a captain and soon owned his own sailing ship, the Stad Enschede. He traded in the Dutch Indies, British Indies, Australia, and Japan. In around 1865 he established Hegt & Co. From that time on, his sphere of activity widened. He became a member of the Municipal Council, built a road to connect Motomachi and his land in Yamate (which was called Hegt’s Hill by foreign residents), built the theater, established Hegt Brewery (his brewery was a rival of the Spring Valley Brewery managed by William Copeland), and especially devoted himself to…fire fighting! Yes, fire fighting! He left Japan in 1873 but came back in 1879. After that, he continued to live in Yokohama until he passed away in 1894.

Reporter for the Illustrated London News, Charles Wirgman, drew some caricatures of Hegt for Wirgman’s own Yokohama-based magazine, Japan Punch. Hegt was really enthusiastic about fire fighting. He invented an original fire pump, and imported a fire engine that was always parked in front of his house. In addition, whenever any fires occurred, he was always involved in fighting the fires. On November 26th 1866, the so-called “pork shop fire” incident occurred. The fire continued for 14 hours and burned down two-thirds of the Yokohama city district. Photographer Ferrice Beato lost his photo studio and all his negatives. A British diplomat, Ernest Satow, also lost many of his valued possessions but he worked side by side with Hegt to help fight the fire. Hegt, of course, was a leader in fighting the blaze and later received an official letter of appreciation from the Japanese government.

History of the Gaiety Theater

Hegt rented out the theater at a very reasonable price to ADC, but soon ADC fell into financial difficulties. In 1872, William H. Smith appealed to the residents to contribute to the Gaiety Theater and its management was then in their hands. As a public hall, the residents used it for Sunday worship service, regular meetings of local clubs and committees, and various seasonal parties.

The Yokohama foreign settlement was a cosmopolitan district, and included a mosaic of British, American, French, German, Dutch, Russian, and other nationalities all living and working together. The Gaiety Theater was one of the rare social places that both men and women could enjoy together. From around 1876, professional theatrical companies came to Japan from abroad and performed there. Looking over the programs, Shakespeare’s The Taming of the Shrew and Offenbach operas were on the list.

In 1923 the Great Kanto Earthquake destroyed Yokohama and the Gaiety Theater with it. After that, people forgot about the theater for a long time.

But in 1980, Iwasaki Gakuen Academy built a new museum on the same parcel of land that the Gaiety Theater used to stand on. The museum was founded to commemorate the 50th anniversary of the academy, which had been established originally in 1930 as a dressmaking school. During its construction, bricks from the original Gaiety Theater were discovered. These bricks came from Gerard’s Brick Works. Gerard was a Frenchman who ran a brick and tile factory in the same settlement in the 1870s and 80s. Those bricks are exhibited in the Iwasaki Museum today. In this way, the Gaiety Theater has come back into the history of Yamate again!

The museum includes theater space available to the public to use, and a few exhibition rooms for art nouveau glass and women’s costumes from the 19th century. Apparently, when the Gaiety Theater was in its prime,bustles had just come into fashion in Europe. A bustle is a type of framework worn under the skirt that expands the back of a dress. In those days, gorgeous women escorted by their partners must have gathered in abundance at the Gaiety Theater. In the museum, you can actually try on some of these classic dresses! 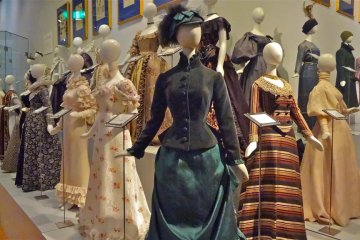 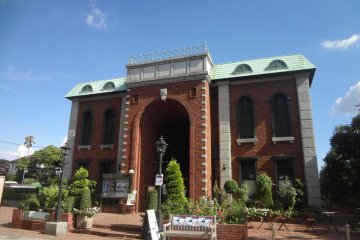 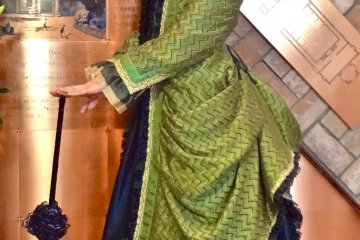 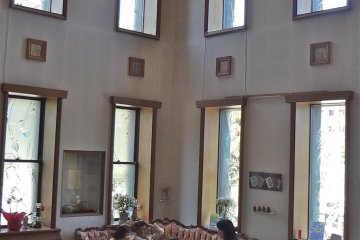 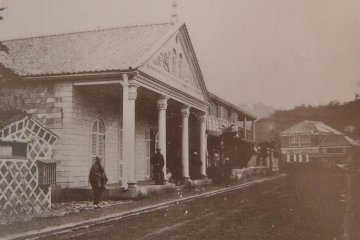 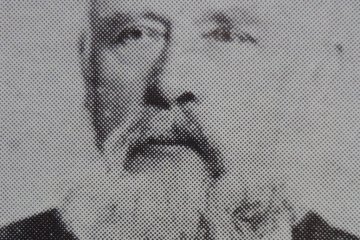 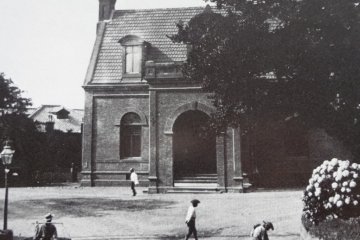 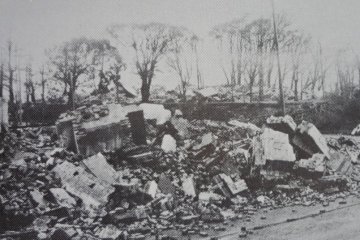 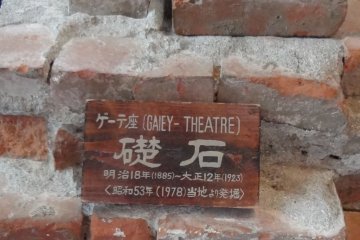 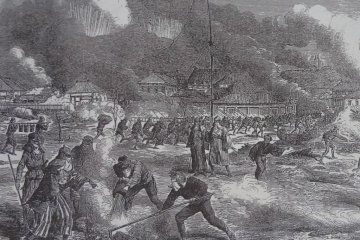 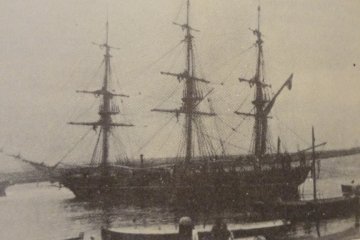 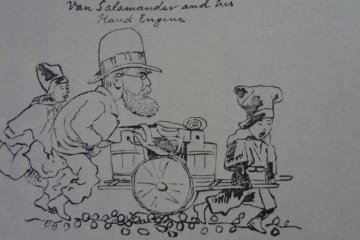