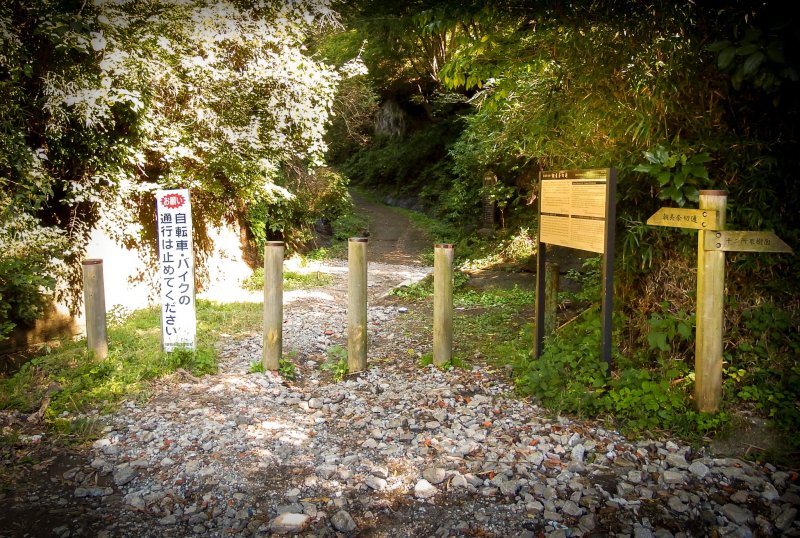 Exploring one of the city’s ancient passes

The entrance to Asahina Kiridoshi 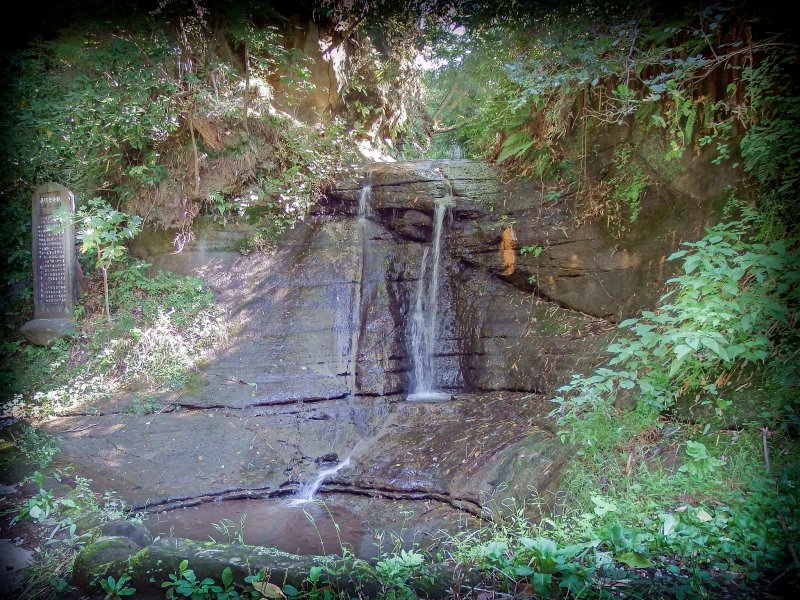 Saburo Falls are located close by to the entrance 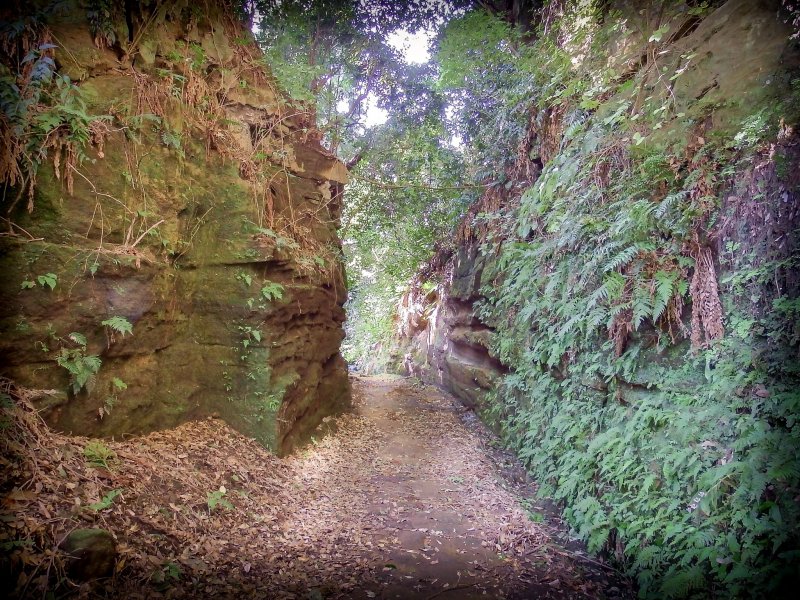 The narrow pass cut through the rock 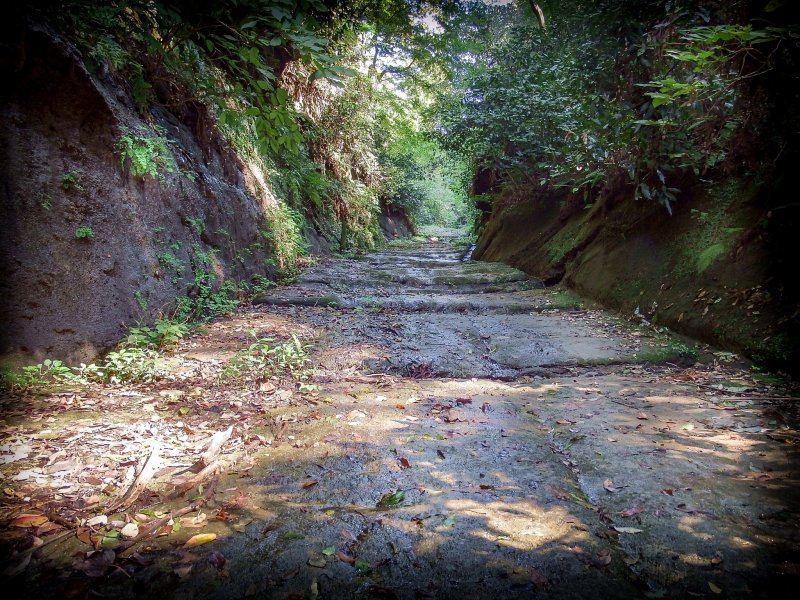 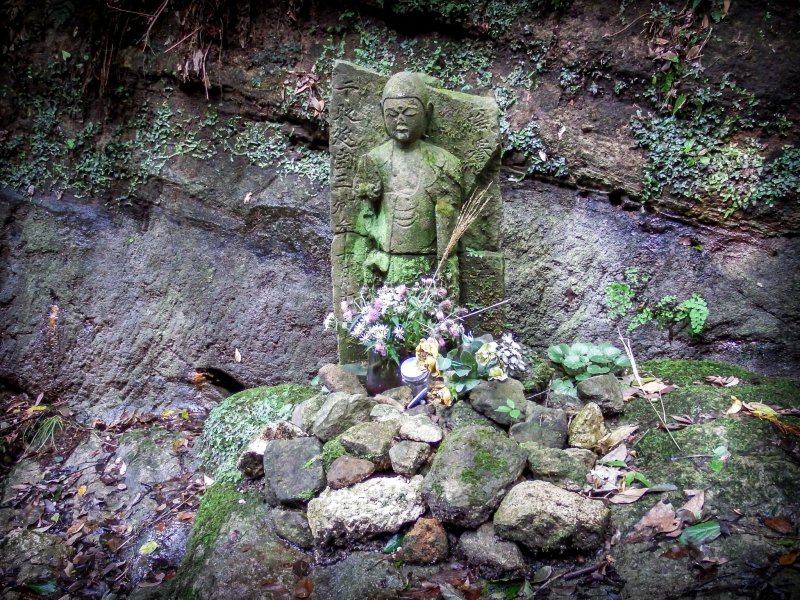 The pass holds many religious monuments 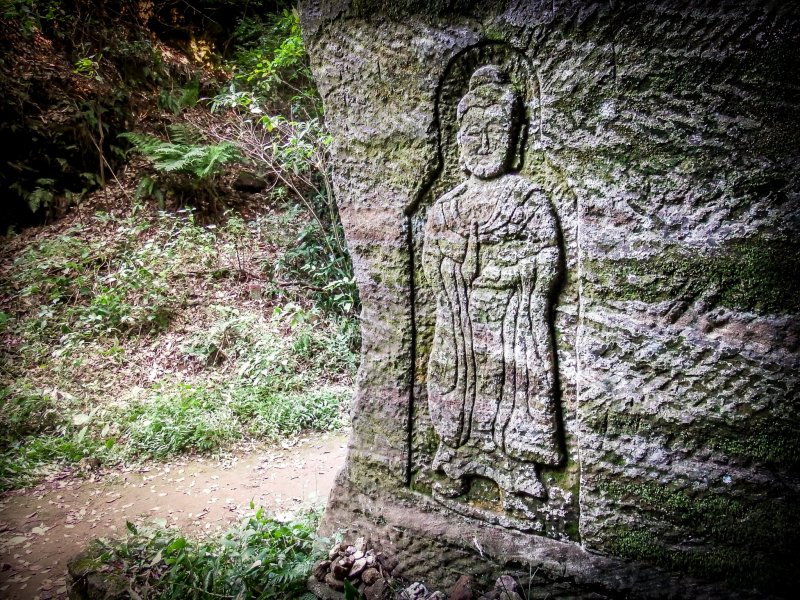 A rock carving located towards the other end of the pass 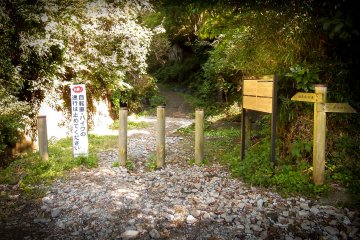 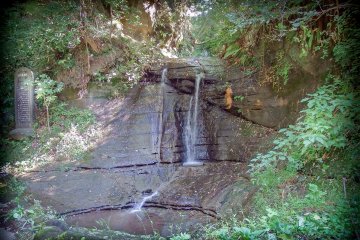 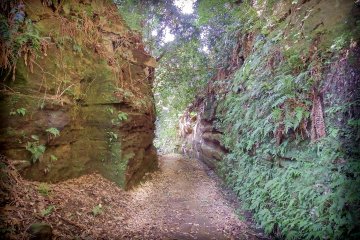 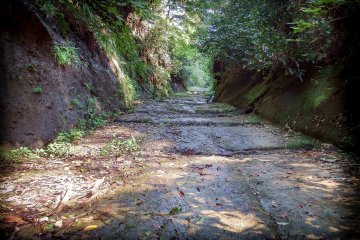 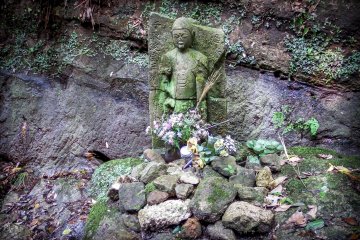 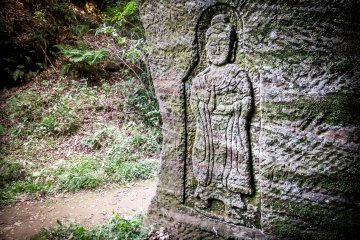 Before the construction of modern roads and railways, the ancient city of Kamakura was surrounded by steep hills which provided an almost perfect natural barrier against any would-be attacker. To link the city with the rest of the world, during the thirteenth century the ruling shoganite built “seven entrances” by cutting narrow passes through the soft sand rock. Fortified on either side by artificial cliffs and watchtowers, these passes become essential trade routes, while also giving the city’s defenders a chance to repel any full-scale attack. One of these passes is the Asahina Kiridoshi.

Also known as the Mutsuurakuchi (六浦口), Asahina Kiridoshi is located in the northwestern part of Kamakura and connects it to the port of Mutsurra in present day Kanazawa Ward in Yokohama City. Measuring 0.9 km in length, this pass was constructed in around 1240 AD by Shikken Hojo Yasutoki under orders of the then shogun, Minamoto no Yoritomo after choosing Kamakura as the capital of his shogunate. According to some legends, this pass as built by the superhuman hero, “Asahina Saburo Yoshide” in one night. When entering this pass from Kamakura, there is a small waterfall called Saburo Falls which is named after this hero. Although no detailed information could be found detailing it actual period of construction, it mostly likely would have taken many years.

The good news for any visitor is that this pass is connected to many hiking courses which take in several interesting sites including the nearby Kumano shrine, as well as several Buddhist monuments and stone carvings dotted along the way

From JR Kamakura Station, Asahina Kiridoshi is about a 5 bus ride away and can be accessed by either taking bus no.4 or 25. to Kamakura Reien Shomon-mae and/or Kanazawa Hakkei-eki. The nearest bus stop is either Jūnisō (十二所) or Asahina-tōge (朝比奈峠). Be sure to look for the road signs for Asahina Kiridoshi (朝夷奈切り通し), since I took the wrong turn on my first attempt

Yokohama based content creator, editor, and researcher. Steven likes, eating, reading and traveling on a streamlined budget guaranteed to make any self-respecting local gulp. When not too busy with work assignments, Steven attempts to not get lost while following Japanese tourist maps.Follow me o...