The Sanriku Coast stretches from Miyagi Prefecture in the south to Aomori Prefecture in the north. It is renowned for its jagged coastline and its many beautiful bays and vistas. Kitayamazaki and Unosu Cliffs are among the most impressive parts of the coast. Jodogahama Beach is also another great place to visit.

The Sanriku Fukko National Park was created after the Great East Japan Earthquake, the goal is to promote the Sanriku area and help with the rebuilding efforts. It's called a Geopark based on all the diversity of landscape and terrain. The area includes beaches, cliffs, caves and many hot springs. At about the same time, the government started building the Michinoku Coastal trail, it will go from Hachinohe to Fukushima when completed. The general area of the park is from Hachinohe, Aomori Prefecture to Ishinomaki, Miyagi prefecture. The Sanriku area is rich in natural resources, from great seafood, farming and to the start of modern day steel smelting in Kamaishi.

Tanohata is a small village north of Miyako and is home to both Unosu Cliffs and Kitayamazaki. The population of Tanohata is only about 3500 people making it one of the smallest villages in Japan. Don't let the size deter you from visiting it, you will enjoy great seafood and breathtaking vistas.

Unosu is about 5 kilometers from Route 45, the coastal highway that runs from Sendai to Hachinohe. The turn off is easy to miss since they made some changes to the road. You'll see a couple of steel grain silos near the road, follow that road. From the parking lot, it's a 5-10 minute walk to the cliffs. If you're feeling adventurous, you can take the walking trail that will take you down to water level. It's a 45 minute walk. We didn't have enough time to walk when I was there.

On the other hand, Kitayamazaki is much easier to find. You take Route 44 and follow the coast, you'll see a big sign on Route 45 to indicate the turn off.

Before or after heading to see the cliffs, I recommend that you sample some of the fresh seafood available at the restaurant near the tourist area. Depending on the season you might be able to enjoy fresh oysters, scallops, sea urchin (uni), sauri (sanma) or salmon. All caught the same day or the day before. I had the scallop set, it was so fresh.

There are 3 spots that you can view Kitamiyazaki from, the top, you can see the main rock from a safe distance. Lookout two is about 360 steps down and gives you a nice panoramic view. Lookout three is at sea level, you can feel the waves crashing on the rocks and feel the power of the ocean. Although the lowest platform was washed away by the tsunami in March 2011, it's still worth the walk down.

Another option is to take a boat cruise to get a closer look at the rock formations. The tours—operated by Sappa Boat Adventures (Ja)—run from April 11th to November 3rd. The boat cruise takes about 1 hour and starts from Tsukue Fishing port, it costs 3800 yen per person with a minimum of 2 people. If you want to go on your own, you have to pay 7600 yen.

About halfway between Unosu and Kitayamazaki is hotel Ragaso, it's built right on the shore of the Pacific Ocean, it commands an incredible view of the sea. It would be a perfect place to watch the sunset from your room or the bath. They have a public bath available to anyone for only 400 yen located on the 4th floor with huge windows looking at the sea. Even though most people have baths in the afternoon or evening, it would be amazing to watch the sunrise soaking in the hot bath.

From Morioka, take Route 106 to Miyako or the Yamada Line from Morioka Station, the trains runs only a few times a day. From Miyako, take Route 45 north towards Kuji. Both Unosu Cliffs and Kitayamazaki are accessible from Route 45, the coastal highway. Unosu, is about 30 minutes north of Miyako and Kitayamazaki is about 1 hour north on Route 44 off Route 45. You could also take the Sanriku Railway from Miyako but you would need to walk a lot or take a taxi from the station. I think the Sanriku Railway should be a trip by itself. By car, is definitely the best way to get there 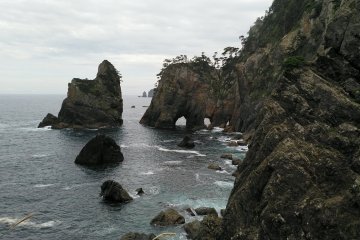 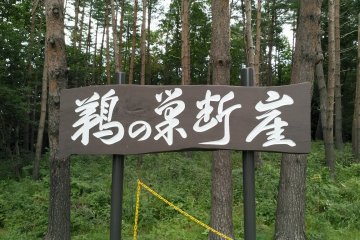 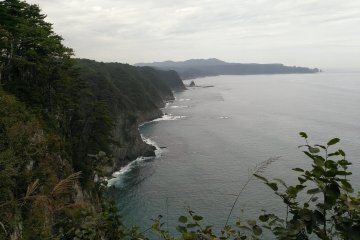 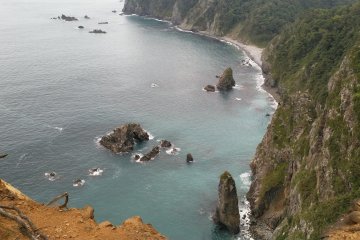 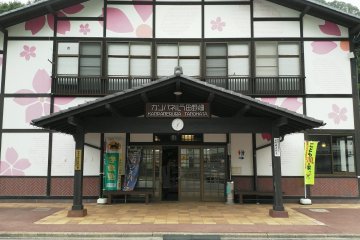 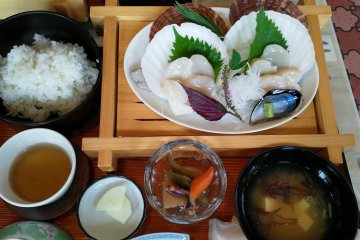 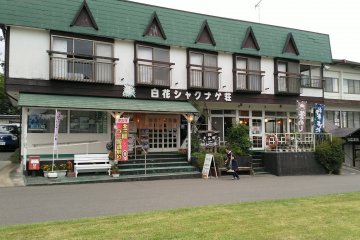 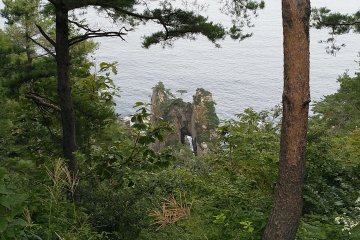 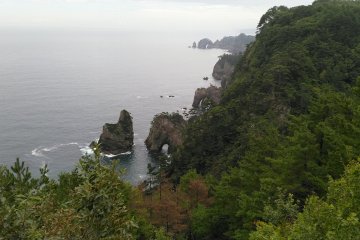 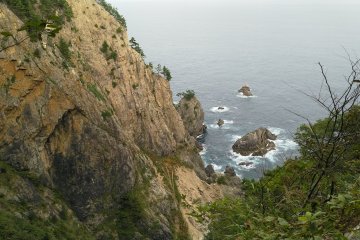 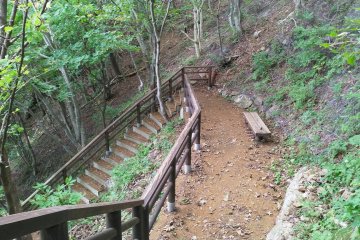 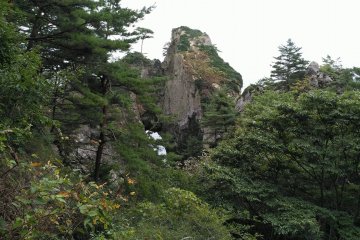 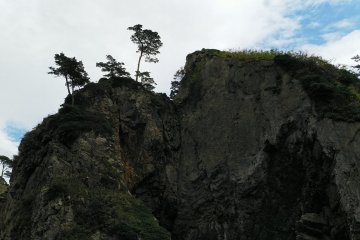 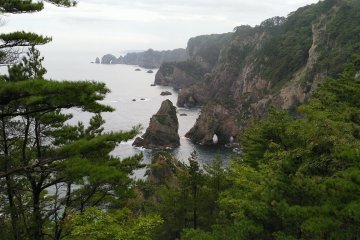 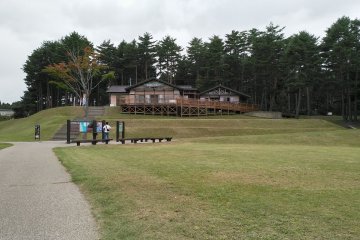 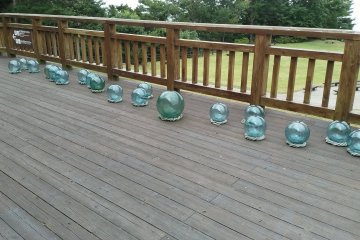 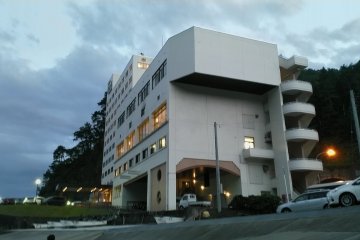