The history and making of this traditional craft

Kanazawa takes pride in a multitude of traditional handicrafts, yet the most glittering and most eye-catching one has got to be the making of gold leaf. The very name of Ishikawa prefecture’s capital city translates literally as “golden marsh”.

Kanazawa’s association with gold leaf began around 400 years ago. While the cities of Kyoto and Edo (modern-day Tokyo) used to make gold leaf, Kanazawa today is the sole remaining production hub of the coveted craft. The city lays proud claim to supplying 99% of the country’s domestic gold leaf market, while the remaining 1% is produced in nearby Toyama. Thus, it is not surprising to hear that the shining veneer coating Kyoto’s Kinkakuji Temple (the Golden Pavilion) or the Konjikidō Hall in Chūson-ji Temple has been sourced from Kanazawa. While Kanazawa Leaf has survived though some rough patches throughout its 400 year history, its making a comeback as the usage of gold and silver leaf on Buddhist traditional structures, altars and statuettes rose in popularity. Kanazawa’s humidity and water quality make it a prime location for the production of gold and silver leaf, as the foil works best in a relatively moist and static-free environment.

I was fortunate to personally observe part of this meticulous and labour-intensive process at Sakuda’s open work floor at their main branch. It all starts out with a solid block of 24k gold. Since it is too hard to work with at this stage, the ingot is melted down with small additions of silver and copper at a temperature of approximately 1300 degrees. The gold alloy is then pressed into a long strip and cut into smaller 6cm strips, referred to as “koppe” by masters of the craft.

The golden koppe are sandwiched in between sheets of special zumiuchigami paper, which themselves involve a demanding production process. The nature of gold and silver leaf demands that the paper is of a very high standard, as it should ideally be both thin yet durable. In order to achieve this, the paper is bundled into sheaves and hammered out by machine over a stretch of three months before any gold foil is inserted. As I watched the kind craftsman operate the hammering machine, I thought it is a miracle that his thumbs are not flat too! The resulting quality means it has also been used by maiko and geiko (Geisha) as oil-blotting paper.

The process of hammering out the gold and paper stack is repeated over several days, during which the gold is cut up once more and transferred to larger paper sheets halfway through. Any tears in the gold (or silver) will mesh together again as the layer of foil continues to spread out. The end result is a film of gold that is approximately 0.00001m thick and that makes even the thinnest of tissue papers appear clumsy!

The gold leaf then makes its way into various products, by the likes of folding screens, cosmetics, key-rings, glassware, soaps, bathrooms and even edibles like ice-cream and sponge cakes!

The language intrigues me and as well as Japan's personality, vividly different in each season in the year. Having previously lived in Tokyo for a year, I've developed a weakness for onsen, Mt. Fuji, autumn leaves, the festivals and Japanese stationery. More than trying my hand at photography, I... 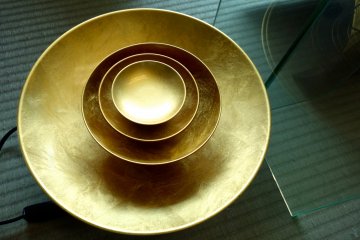 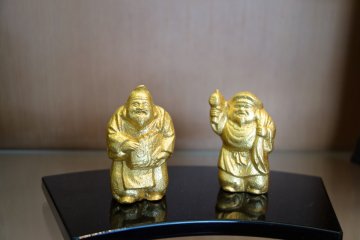 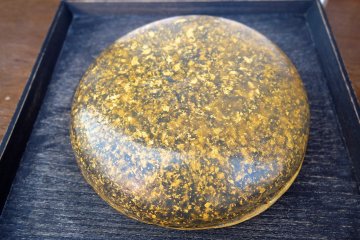 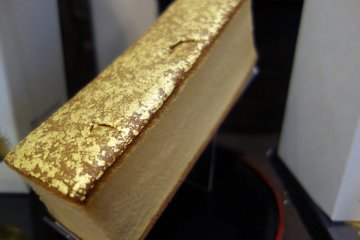 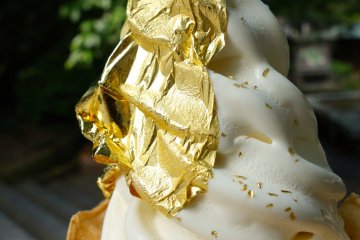 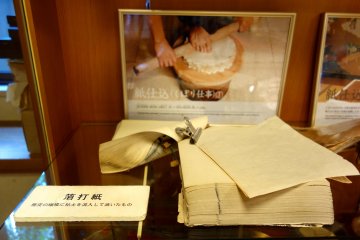 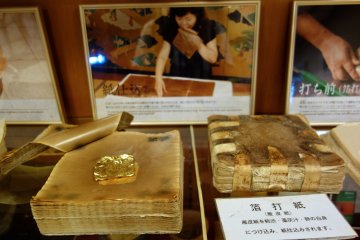 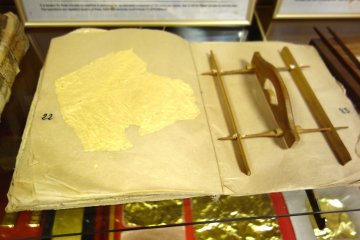 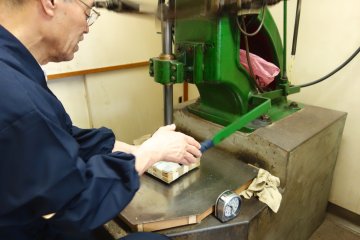 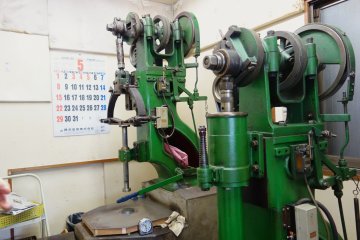 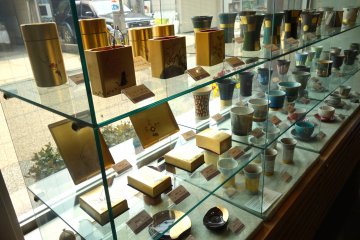 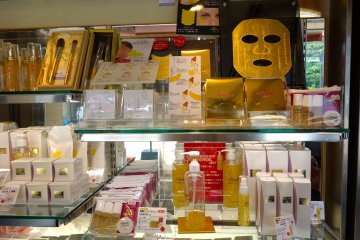