The teams line up and bow to each other before the game begins. (Photo: David Maher)

The best high school baseball tournament in the world?

OK, the subtitle is a little subjective. More research is required. But where else in the world does there exist a yearly baseball tournament that includes every single high school program in the country, has a history of 97 years, and is held at a ball park that Babe Ruth played in?

The National High School Baseball Championship at Koshien Stadium near Kobe in Nishinomiya, Hyogo Prefecture definitely has a lot going for it.

In Japan, every year all of the high schools in the country participate in tournaments for each of the summer sports. However, only one of these draws the national attention that garners complete live televised coverage: the boy’s baseball tournament.

For two weeks in August, every play of every inning of every game is broadcast.

Viewership is not limited to just the schools, families, and friends of those directly involved. All over the country, households tune in to the games during the scorching hot days of summer, aided by the traditional weeklong holiday of the bon summertime vacation.

It is common for Japanese salarymen and ojisan (elderly men) to crack an early afternoon beer and relax while watching the games. Banks and post offices tune in the competition and turn down the volume so that those waiting there can watch for a few moments during their day. Anywhere in the archipelago one can pass by or walk into a shop or restaurant and see the action on television.

For a brief moment in time the boys of summer sprint onto the national stage playing ball in the field of men and dreams as they compete for the title of national champion.

Each prefecture is represented, though Tokyo and Hokkaido are allowed two teams because of their size, for a total of 49 schools competing.

The games are played with all the skill, strength, heart, and soul players can muster. By the end, every uniform is dirtied by diving catches and slides. Players do whatever it takes to make that grab or reach that base, get that out or score that run, to put them over the top. There is tight, disciplined baseball, out of control flailing with mental mistakes baseball, and everything in between.

The stoic eyes of a starting pitcher collide with those of a wide-eyed batter swinging for a long ball that just might sail over the outfielder’s head. A fielder leaps with an outstretched glove to miraculously snag a line drive that could have scored the winning run.

There is more real emotion than any plotted program could possibly contain. From the “oh my gosh, I can’t believe I caught that” smile to the fist pump after an RBI-scoring double, it’s all here in plain view: the smiles, frowns, dimples, winces; the ecstasy of a win and the agony of defeat.

The tournament first started in 1915. In 1924 Koshien Stadium was built to host it, thus the moniker “Koshien.” Being one of Japan’s oldest stadiums, it still retains hulking metal infrastructure, a dirt infield, and a grass outfield. In 1934, the legendary Babe Ruth played here in an exhibition series that jolted baseball’s popularity to new heights.

It’s not just the players who get in on the action though. Fans, supporters, and boosters make special trips to watch their teams play. Each side is allotted an outfield section, dubbed “The Alps,” after the steep inclination of the rows of seats stretching up like a mountain.

Students and supporters all wear the school colors, bang on noise-making devices, and most of all, take their cue from the band. Music and singing are an integral part of the experience. Entire high school bands are hauled in to blare out the decibels and fire up the players, fans, and onlookers alike.

Tickets and seating are a spectator’s paradise: the stadium is divided into six sections and once in a section, one can stay all day and sit in any open seat. Tickets range from ¥500 to ¥1,200, with the bleachers being free.

Just be sure to bring a hat, a towel, and lots of water: this tourney takes place during the hottest days of the year, and a couple of hours, let alone four complete games in a day, are an exercise in endurance.

The National High School Baseball Championship comes alive every August in Hyogo. Filled with a sense of history, tradition, and hope, students play in the moment for the love of the game. Baseball is elevated to its purest essence. And right in the middle of all this stands its grand home: Koshien Stadium. This truly is one of the greatest tournaments in the world.

I am a medium-term resident of Japan who just likes to travel and wander about, both on and off the beaten track. 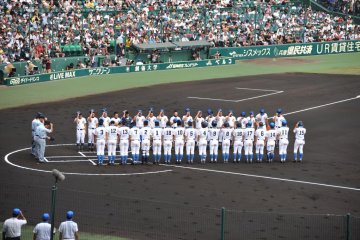 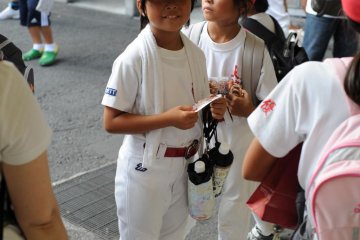 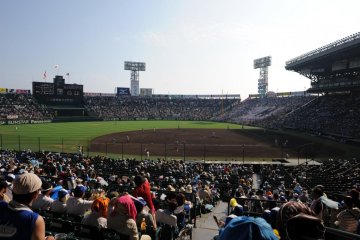 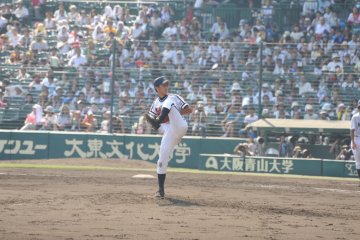 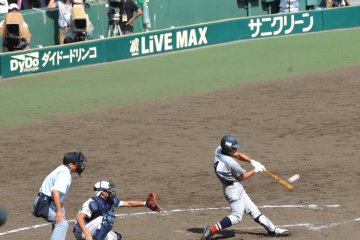 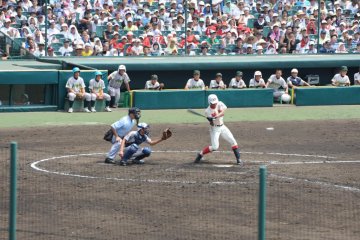 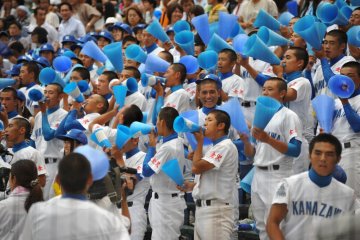 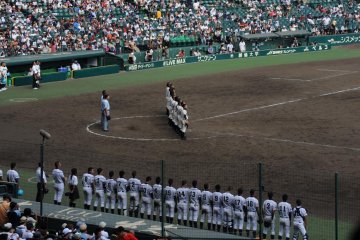 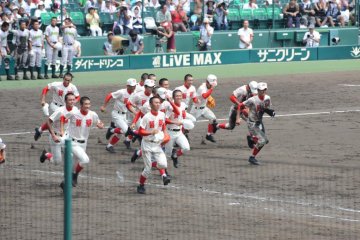