One of the many colorful marine life exhibits (Photo: Leslie Taylor)

Not just an aquarium - it's a marine life experience!

Tucked along the Japan Sea coast of Hyogo Prefecture lies the town of Kinosaki Onsen. As the name implies, the town is famous for its onsens (hot spring baths), as well as delicious, fresh seafood like crabs and various kinds of fish. Unknown to many however, Kinosaki Onsen also boasts one of Japan’s most impressive aquariums – Kinosaki Marine World.

Seeing as Japan is an island nation, aquariums are a dime a dozen. Just about anywhere you go, there is bound to be one nearby. It makes sense – Japan is intimately connected to the sea. But what makes the Kinosaki Marine World so unique among all the other options?

First and foremost – location, location, location! Kinosaki Marine World is built on the literal edge of the Japan Sea coastline, so rather than traveling to an aquatic oasis in the middle of dry land, visitors are taken to the very sea from which much of the sea life in the aquarium comes.

In addition, the location also has some fantastic views. The rocky coastline and crashing waves combine here for an impressive display of power and natural beauty. In the distance, Nochigashima can be seen – an island thought to be the location of a famous “Dragon Castle” of Japanese lore. It’s safe to say few aquariums can offer views like this!

Aside from the location however, Kinsosaki Marine World also impresses with its numerous and elaborate aquatic displays. Visitors enter the aquarium at the top of a massive tank full of all kinds of sea life from sharks to sting rays. You then work your way down, spiraling around the tank, encountering various smaller displays along the way, until finally reaching the bottom where the exhibits continue. These exhibits include many kinds of fish, crabs, octopus, and much else besides.

After enjoying the numerous indoor exhibits, the journey continues outside. This section of Kinosaki Marine World begins with a tidal area where guests can feed fish at certain times of day as well as feel live starfish and sea urchins. There are also sea lion, seal, and penguin exhibits. Here, scheduled sea lion performances can be enjoyed, and underwater glass tunnels allow visitors to watch the seals and penguins swim from below.

Upon leaving this area, visitors are taken on a brief walk along the beautiful rocky coastline, which curves back around and leads to the dolphin exhibits. Before reaching the dolphins however, consider stopping at the Marine World restaurant. During my trip, I tried the fried squid rice bowl with vegetables and udon (Japanese noodles) on the side. After a long while exploring the aquarium, I had worked up quite an appetite. This meal hit the spot! The restaurant offers many kinds of meals, including curry and kids’ meals for families, so there’s something for everybody.

If you’re like me, once you’ve finished eating you may want to sit a while and relax. Well, you’re in luck! Not far from the restaurant are the dolphin exhibits. At scheduled times throughout the day the dolphins put on shows for visitors in a large amphitheater. Dancing, jumping, and diving dolphins, along with their talented trainers, are sure to entertain and keep you awake while the food settles. After this performance, visitors move to an indoor amphitheater where they can watch younger dolphins being trained for the main event.

To be honest, calling Kinosaki Marine World an aquarium doesn’t do the place justice. It’s truly a marine life experience. There’s much more to see and do than fits in a single article – swimming with dolphins and even fishing are just a couple of extra opportunities along the way. A visit here is like an education, underwater adventure, and loads of fun all at the same time. 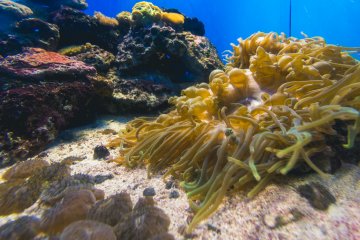 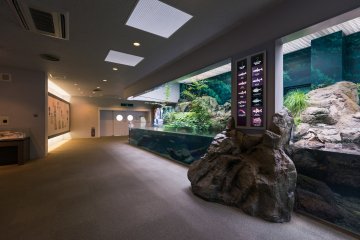 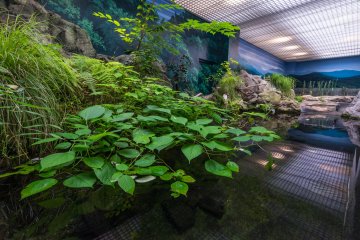 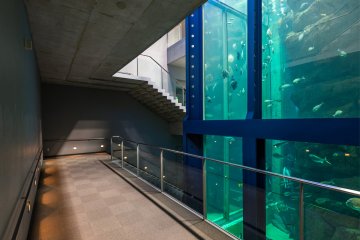 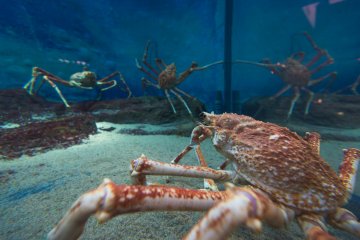 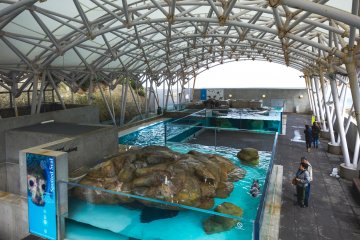 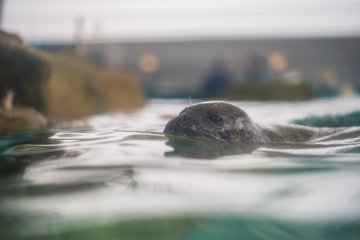 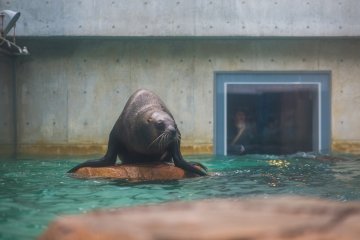 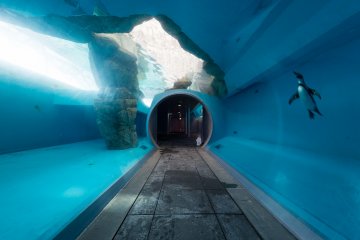 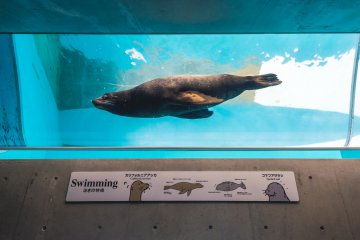 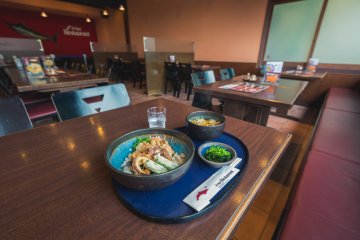 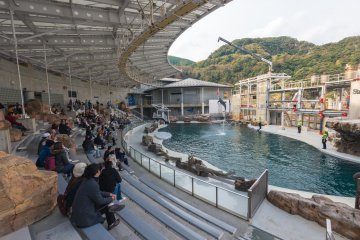 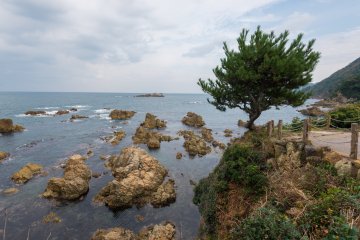 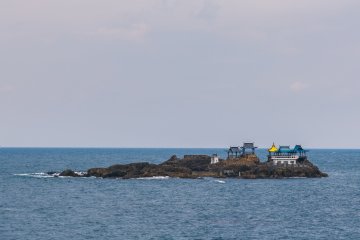