Located in Onomichi's delightful mountaintop Senkoji Park, the Senkoji Sanso Hotel serves as an excellent base from which to explore the portside city.

I will admit, when I first arrived at the hotel, I thought that I was in the middle of nowhere. I had arrived at the isolated Shin-Onomichi Sinkansen Station (from where I took a 10 minute taxi from for ¥1,000) rather than the local JR line station in the center of the city. Check-in isn't until 3pm, but the staff were more than happy to let me leave my bag so that I was free to roam around for a few hours.

My first impression of the hotel's location was that it had a prime position overlooking Onomichi and its port, but that it was rather isolated. I was quick to discover, however, that I was mistaken. A short walk up the slope from Senkoji Sanso Hotel and you will find a collection of small parks, pagodas perfect for admiring the view, the City Art Museum, cafes, observation deck and access to the ropeway. As the hotel is tucked away, you get the serenity of a quiet location coupled with easy access to all of these main sights at Senkoji Park.

If you don't know any Japanese, checking in might be something of a challenge, as the form that you are required to fill in upon your arrival is written entirely in Japanese. With a little guesswork, the aid of a translation app and the admirable determination of the friendly staff at the front desk, it is nothing which should have you too worried.

Another heads up for travelers new to Japan and Japanese culture - There are no showers in the guestrooms... No showers in the entire hotel, as a matter of fact. Instead, located on the first floor are men's and women's communal baths - So be prepared to get your birthday suit on in front of others if you want a wash! Again though, if this is new to you, don't let it scare you off from staying in a place like this. It all adds to the overall experience and you might even find yourself using the baths many more times than you would have first imagined!

The hotel has 30 spacious rooms which let in a wealth of natural light. Prices start at ¥7,350 per night (including breakfast) for rooms which can sleep between 1-5 people. Rooms have a typical Japanese style decor, with tatami mats, paper sliding doors and futons which staff will set up for you before you head to bed. Rooms come stocked with extra bedding supplies, a TV, telephone, private toilet and all the essentials like towels, robes, toothbrushes and tea. The enclosed balcony area has a bar-fridge, sink and mirror. It is also an excellent spot to watch the sun go down over Onomichi. The hotel also has a souvenir shop in the front lobby

If you opt for breakfast during your stay, you'll be in for another more traditional Japanese treat. Seated cross-legged on the floor, you'll enjoy miso soup, rice, salad, pickled vegetables, steamed fish and bacon and eggs which is slow-cooked over the heat of a candle. Green tea is, of course, on hand, as is coffee. After one of the most comfortable sleeps that I have ever had, this was a great way to start my day - Despite not knowing what I was eating at the time!

If you make the decision to come to Onomichi and spend the night, I would definitely recommend the Senkoji Sanso Hotel. If you don't speak any Japanese, however, I would suggest coming armed with a few key words and phrases which you can use just to make things a little easier when you check in. The hotel itself is a fantastic base for exploring the trails down the mountain and its calm atmosphere will have you thinking that you're at a Japanese meditation retreat in the mountains.

My first encounter with Japan was in June 2013, when I spent a month in Tokyo/Hiroshima interning for Japan Travel. I knew from the moment that I set foot in this mesmerising country that one month would not nearly be enough time to enjoy what Japan has to offer. So here I am back in Japan, this ... 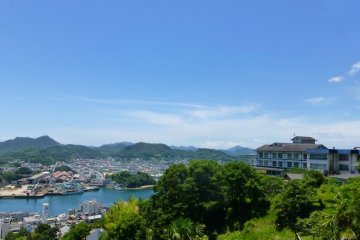 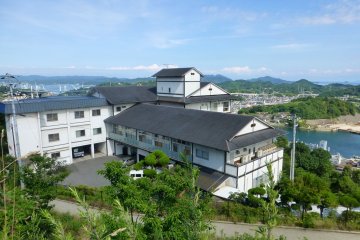 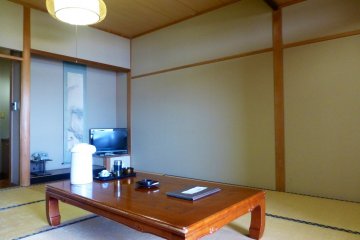 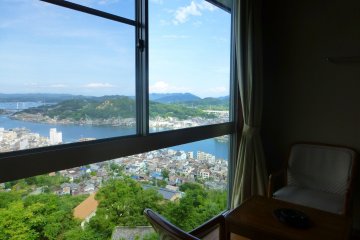 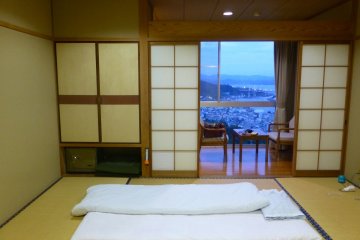 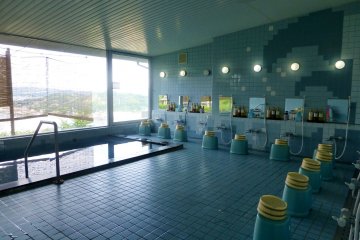 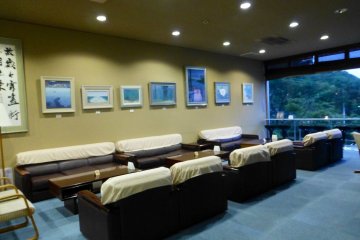 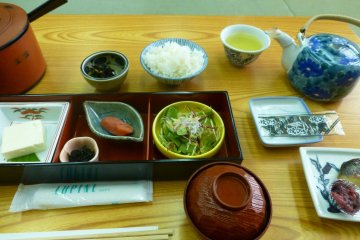 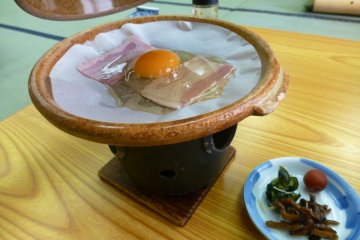