Centuries of castles reimagined and restored

Under your feet all over central Japan is the foundation of the country we know today. The unification of Japan resulted after centuries of conflict after Japan emerged from the feudal period in the 19th century with the Meiji Restoration. The castles and fortifications, diminsihed as they were besieged or abandoned.

But all this history is not lost, as there are dozens of faithfully restored and imaginatively reconstructed castles that have become focal points across the Kanto and Chubu regions.

Shizuoka Prefecture in the Chubu region best known for its tea-growing areas also has a castle legacy. Consider adding these castles as you tour tea plantations, take in views of Mount Fuji, and explore the historic Tokaido Road which linked Tokyo to Kyoto.

While the castle keep at Hamamatsu Castle is a concrete reconstruction, it stands on the base of the original with huge carefully chosen stones to create a sturdy foundation. The castle keep houses a collection of artifacts, and the surrounding park is ideal for strolling under cherry blossoms in springtime.

Hamamatsu Castle is a 20-minute walk from the north side of Hamamatsu Station on the Tokaido Main Line.

Another castle worth a visit in Hamamatsu City is Takane Castle, once the seat of the warlord Takeda Shingen when he took control of the Totomi domain. The castle was lost after Tokugawa Ieyasu took power from Takeda Shingen. However, painstaking archaeological investigations and a faithful reconstruction in the 1990s make it a fine example of a Sengoku Period castle.

Takane Castle is a 20-minute walk from Mukaichiba Station on the JR Iida line.

Postcard-perfect Kakegawa Castle perches on a mountain overlooking the city of Kagegawa which was once a post station on the Tokaido Road between Kyoto and Edo. It's notable for being the first post-war tenshukaku or main keep reconstructed according to extant diagrams and using traditional carpentry techniques. Below the castle are the original Ninomaru Goten, the lord’s palace, and a tea room where you can sip Shizuoka tea while gazing at the castle above the tranquil garden.

Kakegawa Castle is a 10-minute walk from the north exit of Kakegawa Station on the Tokaido line.

Tiny mock Koyama Castle in Yoshida City is a little out of the way, but it’s a charming spot overlooking the city from the original castle site. Inside the castle is a museum with a collection of armor and antiques. From the castle keep, visitors can observe the original defensive moats and paths that curtailed the movement of attackers.

Koyama Castle is 40 minutes from Nishi-Yaezu Station on the Tokaido main line.

Sunpu Castle which started as a fortified manor was destroyed and rebuilt many times, and at its high point was a retirement estate for Shogun Tokugawa Ieyasu. Today, there is no main keep, but you’ll see gates and yagura towers in the gardens. Various warlords took ownership of the castle, and you can see marks on the stone walls to indicate their claims to control of the castle and its domain.

If you’re feeling competitive, have a go at “battle tea”, a historic tea tasting game at Momijiyama Tea House on the grounds of the castle.

Sunpu Castle is a 20-minute walk north of Shizuoka Station on the Tokaido Main line.

You will see many of my stories on Japan Travel are about places and events outside of big city centers and tourist destinations. While I highly recommend the big name sights and experiences, I encourage visitors to see and feel the atmosphere off the beaten path, too. 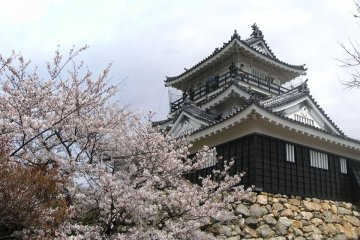 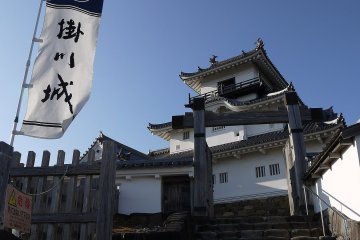 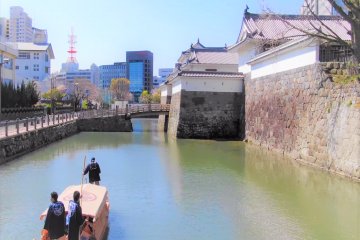 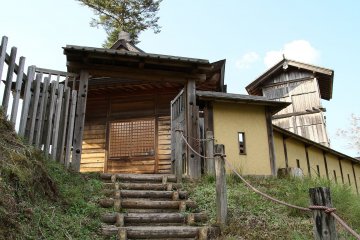 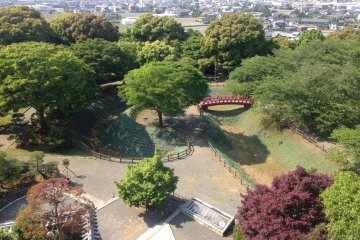