A taste of some of the local foods of Miyagi

With some of Japan's most delicious seafood, Miyagi prefecture is home to plenty of excellent fishing with oysters and salmon well represented in its local cuisine. Beef tongue, now a staple across the nation, had its origins in the prefecture while sweet dishes making use of soy beans and pounded rice are a signature flavour. Here is a simple guide to some of the regional cuisine of Miyagi.

A favourite sweet dish of Miyagi, zunda mochi sees mochi sticky rice covered in a layer of deliciously mashed edamame. Coarsely pressed, the gentle sweetness of these green soy beans combine perfectly with the sticky mochi texture creating a sweet snack that is vibrant to look at and gorgeous to snack on.

Said to have originated in a local yakitori bar in Sendai just after the second World War, gyutan yaki are thinly sliced pieces of cow tongue grilled over an open charcoal flame. With its soft texture, these savoury slivers of flesh easily spread throughout the nation and are now a staple at many bars and restaurants.

Miyagi prefecture turns out to be a haven for oyster lovers with a Miyagi kaki oyster farming pedigree of over four hundred years. The oysters here are large, sweet and gorgeously succulent, a proper treasure of the ocean. Served grilled, in a hotpot simmering with local vegetables or just plain raw, Miyagi kaki are a blessed jewel of the region.

A bowl of steaming white rice topped with salmon and roe, harakomeshi is often cooked with salmon broth, giving the rice an added depth that is exceptionally flavourful. The pop of the slightly salty but umami-filled roe goes perfectly with the smooth, melt-in-the-mouth salmon, creating a dish that is now a feature of the ekiben bullet train lunchbox scene. 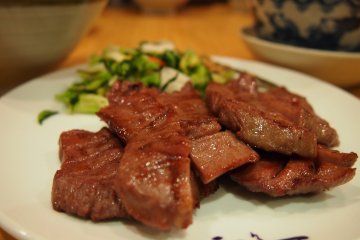 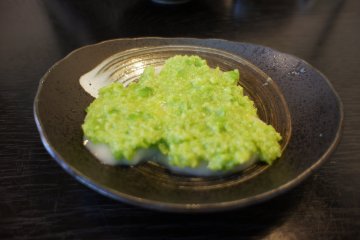 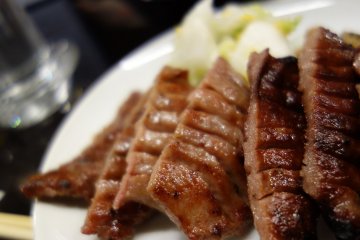 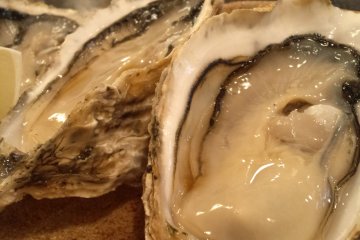 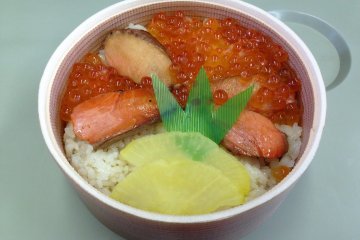