5 Iris Gardens in the Tohoku Region

While the Tohoku region may be best known for snowy vistas in the winter months, there's plenty to enjoy in the area across late spring and early summer. Irises are one of the highlights, and they can be found at numerous parks, temples, and shrines in this part of the country. This guide covers five of them worth exploring on your next Japan travel adventure.

Each year from around mid-June to the first week of July, Yamagata's Nagai Ayame Park is home to approximately a million irises in bloom. From those million or so flowers, there are an estimated 500 different varieties of them! The park holds an annual iris festival to celebrate their beauty, and it typically includes extra events like stage performances, sales of local produce, and even horseback riding.

Located just a short walk from Kagamiishi Station on the JR Tohoku Main Line, Torimiyama Park is one of Fukushima's largest parks and is home to various types of floral beauty in spring and summer. The cherry blossoms earlier in spring are one highlight, but around the June timeframe the irises are the star of the show. Around 40,000 of them fill the park grounds, drawing in visitors from around the prefecture.

From late June through to early July, Akita's Asamai Park is filled to the brim with the color of 600,000 irises in bloom comprising of 80 different species. Visitors flock to the park from both inside and outside the prefecture to enjoy the beauty of these rainy season flowers in all their glory. For those who can't get to the park during the iris season, there is still a wide variety of floral beauty to enjoy at other points of the year, including the likes of plum and cherry blossoms in early spring.

Tagajo Castle's iris park has to be seen to be believed, with over three million of the flowers on display in a phenomenal 800 or so varieties from mid to late June. The park also holds an iris festival which also includes fun stage performances and hands-on experiences for the whole family. You can see what to expect in the YouTube video below which was taken during the 2021 iris season.

From late June until early July, approximately 30,000 iris flowers in around 300 varieties bloom at Iwate's Motsuji Temple, which has been designated as a Special Historic Site and Special Place of Scenic Beauty. A festival is held from June 20th until July 10th in celebration of the flowers, which also includes other activities like iris sketching events. The temple iris garden is shown in the cover story for this guide. 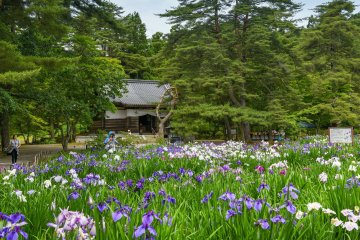 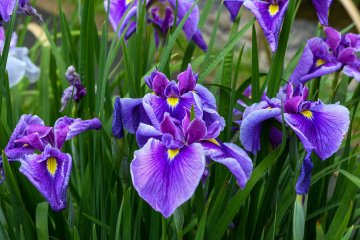 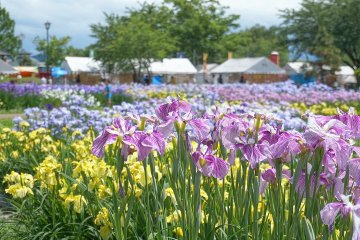 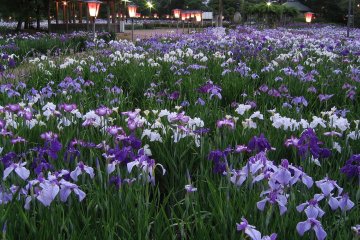